The Chinese economy sagged sharply in the first quarter of 2020 - for the first time in three decades of calculating quarterly indicators, because the COVID-19 pandemic paralyzed production and investment, the Russian service said with the BBC. 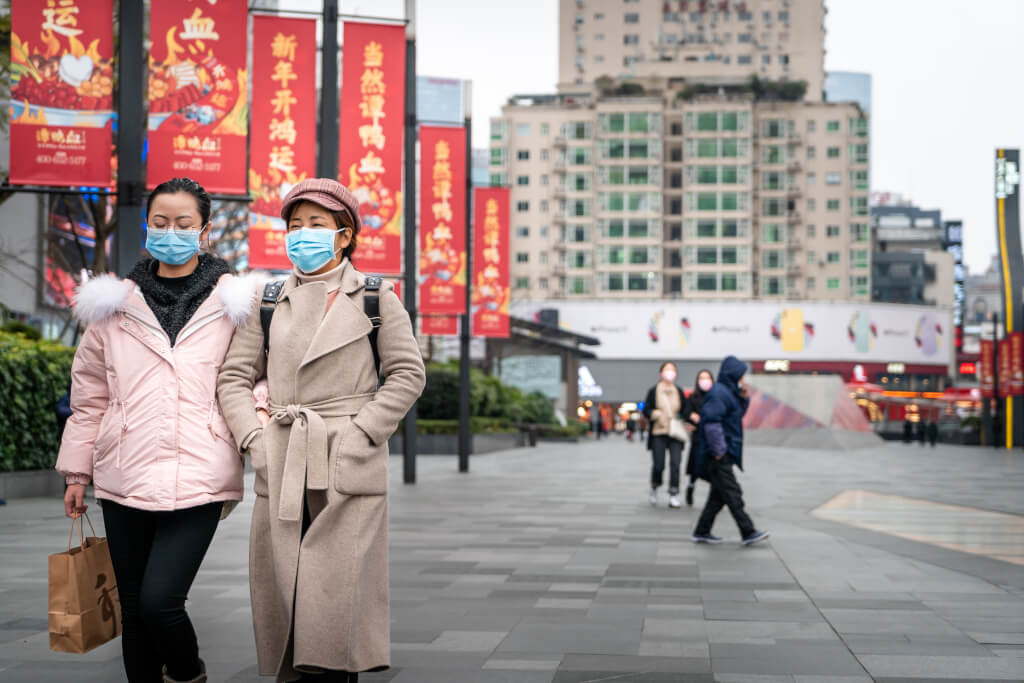 China's GDP in January-March fell 6,8% year on year after growing 6% in the previous quarter, according to the National Bureau of Statistics. For comparison: over the past 50 years, China's average annual GDP growth has been 15%. In quarterly terms, the Chinese economy fell 9,8% after growing 1,5% in October-December 2019. At the same time, retail sales in the country fell in March by 15,8% compared with the same month of the previous year.

China has not known such a thing since the devastation of Mao Zedong's “cultural revolution” in the late 1970s, and the current crisis in the country will affect every inhabitant of the planet.

The virus fell to China inappropriately. The economy was weakened without it: last year it grew by only 6,1%, which has not happened to it since the end of the last century. In addition to the internal structural reasons associated with the transition to a more mature growth model based more on consumption than on production, economic activity was undermined by the trade war with the United States and protests in Hong Kong.

On the subject: Thousands of Americans sue China for coronavirus: companies demand $ 8 trillion in compensation

But even in this situation, capital does not flow out of China, but rather flows in thanks to financial liberalization not related to the virus. But even with the influx of foreign money, the Chinese economy is still suffering. While most countries in the world are less fortunate, money is floating away from them at a record pace.

What will happen to other countries

China now is 17% of the global economy, so the crisis in this country will affect the entire planet. The recession in China promises problems for the rich developed countries, while the poor for developing countries are in danger of catastrophe. Most of them depend on the inflow of foreign capital, and during the epidemic it runs away from them faster than during the crisis of 2008-2009. The withdrawal of foreign money promises these countries devaluation, a drop in living standards, an increase in the cost of servicing old debts and difficulties in attracting new ones. And this is in a situation where the treasury is already empty, since expenses have risen due to extraordinary expenses to fight the epidemic, and incomes have declined, as businesses and the population are getting poorer, and exported goods, such as raw materials or components, are becoming cheaper.

The World Association of Financiers Institute of International Finance (IFF) estimated that since mid-January, when the epidemic began to loom in China, the outflow of money from emerging markets amounted to $ 100 billion and far exceeded the withdrawal of capital even at the peak of the financial crisis a decade ago. And it is accelerating: in March alone, more than 80 of these 100 billion were leaked.

Real decline in China could be worse

The fall in oil and metal prices, which worries most countries, is just in the hands of China: it is the world's largest importer of natural resources. In addition, the data for the first quarter does not fully take into account the second shock to the Chinese economy - the external one. Following the decline in production and consumption within the country, the “world factory” faced a drop in demand for its products in developed countries.

China produces almost half of the components for the final products of developed countries. If the demand for iPhones and cars in the West is declining, suppliers in China are ruining, and its economy is slowing down. However, this shock will be reflected only in the results of the second quarter, for April-June. We learn about them in the middle of summer.

Coronavirus marked the beginning of a new era. This year, the Chinese economy will grow by a miserable (for China) 2,5%, analysts say. Even in 1990, after the bloody suppression of protests on the Tiananmen Square in Beijing, Chinese GDP added almost 4%.