Coronavirus leads the world to the worst crisis in 100 years: forecast of IMF chief economist

Coronavirus plunges the world into the deepest economic crisis since the Great Depression between the two world wars, writes Air force. It will easily and quickly eclipse the financial crisis a decade ago, and at best, the planet will recover from it only next year, missing 9 trillion dollars, the IMF warned. 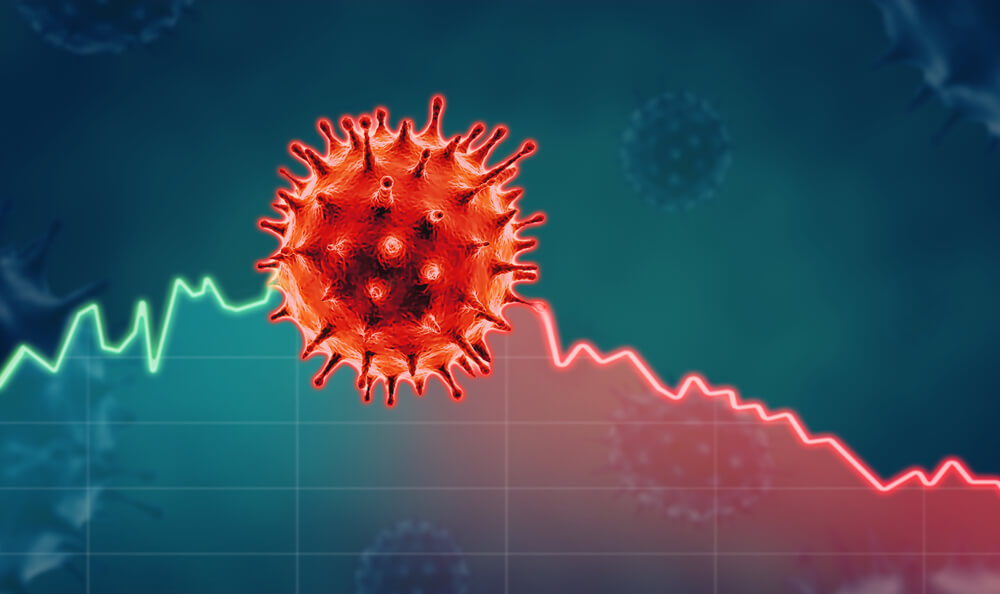 For the first time in modern history, the International Monetary Fund so sharply revised forecasts for such a short time: in the fall, he expected the world economy to grow by more than three percent in 2020, and now I'm sure that it will not be growth, but decline.

“The current crisis is truly planetary and no country will escape it,” said IMF chief economist Gita Gopinath. "For the first time since the Great Depression, both developed and emerging economies will be in recession."

She presented on Tuesday a forecast of the consequences of the new crisis, which already has a name: Great Lockdown. The previous one is called the Great Recession, although in 2009 the reduction in world GDP did not reach even one percent.

The IMF forecast is based on an optimistic scenario of the imminent end of the global Covid-19 pandemic. If the peak of infections in most countries is passed by the summer, and in the second half of the year the virus begins to recede and the quarantine is gradually lifted, then the economy of developed countries will shrink by 6% this year, and developing countries - by 1%.

During the years of the Great Depression, almost a hundred years ago, developed countries lost 16% of the national product, and overall global GDP then fell by about 10%. This time this will not come to that, and next year the global economy will grow by 5,8%, the IMF hopes.

Everyone will have to spend money

However, this will not be enough to compensate for all losses, and in 2021 there will be less money in the world than everyone expected in the recent pre-viral past, and more debt.

This will increase the pressure on the budgets of all countries, already battered by the medical rush. Tax revenues will decline as many citizens and companies go broke, economic activity dies down, and GDP will be 5% less on average. That is, in two years the planet will miss $ 9 trillion - even Japan and Germany combined do not produce that much in a year.

In a usual situation, so as not to raise taxes and not harm the restoration of business activity, the state will cut spending. But this is not the case now, warned the IMF chief economist.

The authorities of all countries will have to make unprecedented spending: first to mitigate the crisis, and then to recover.

“Anti-crisis measures at the national and international levels must be large-scale and immediate, and policies must be promptly tuned with the latest evidence,” Gita Gopinath said, and invited politicians and officials to learn courage and dedication from doctors at the forefront of this crisis.

Government support cannot be curtailed until the containment phase of the coronacrisis is completed so that the inevitable collapse of investment and employment leaves as few scars as possible on the body of the global economy, the IMF chief economist added.

But all forecasts will turn into fantasy if the virus does not subscribe to the optimistic scenario for the development of a pandemic and does not recede by summer.

On the subject: Government Trump spending may break records for all previous presidents

Quarantine will have to be extended, repressed business and social activity will already lead to a financial crisis, global production chains will continue to crumble, tourists will not go anywhere, planes will not fly.

In this case, the fall of the global economy this year will be twice as deep as predicted on Tuesday. And if the pandemic continues in 2021, there will be no talk of any recovery, even with losses.

The IMF believes that then the world will remain in recession and will miss another 8% of GDP compared with the base forecast. That is, instead of a $ 9 trillion preliminary bill for treating the global economy, the Covid-19 pandemic will cost it tens of trillions.

Trump wants to quarantine: does he have the right to make such a decision and where it will lead

Instead of federal aid for coronavirus, Indiana firefighter received $ 8,2 million