Sources of Fox News they claim that the first infected person caught the 2019-nCoV virus not at all in the meat market in Wuhan, according to Chinese authorities. 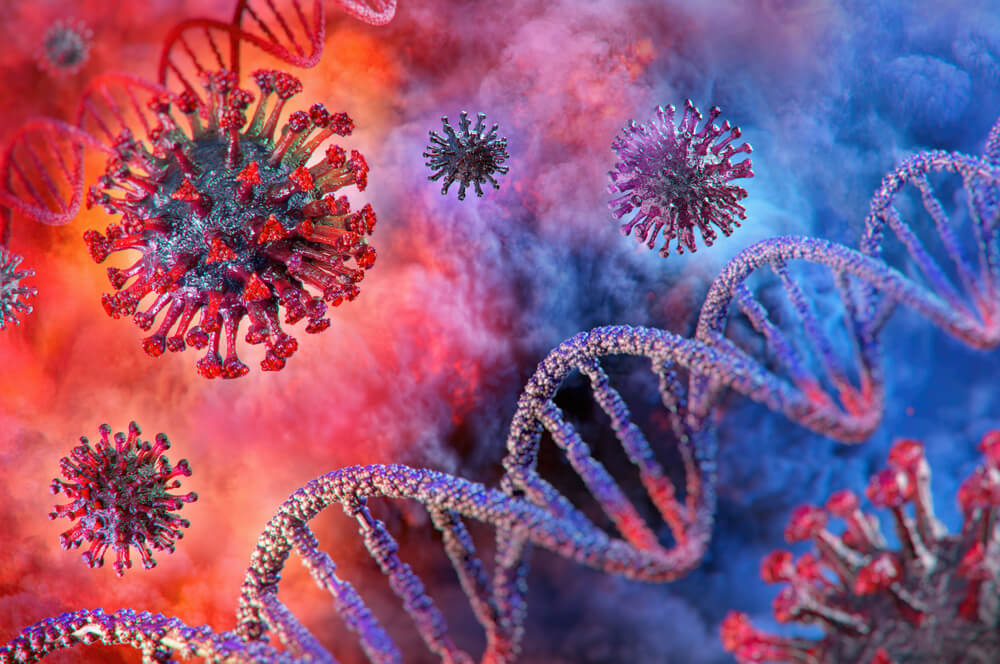 At the news media reporters Fox News it was reported that the spread of the deadly 2019-nCoV virus came from the Wuhan virus laboratory. According to several sources of the publication, the virus was not a specially created biological weapon, but it was the PRC's desire to prove to the States that its success in studying and combating infection is superior to US results. Sources say they saw this information in classified files.

“This could be the biggest government-level concealment of important information in history,” one of the sources said.

According to him, “patient zero” contracted the virus from a bat in the Wuhan laboratory and spread it out on the streets of the city. At the same time, the secret documents indicate that the virus is of natural origin, and in the Wuhan laboratory it was studied, not created. Experts around the world are convinced that China is carefully hiding real data about the beginning of the spread of the virus.

When asked to comment on this information, US President Donald Trump responded with the following: “We hear this story more and more ... We carefully study the terrible situation that has developed.”

Initially, the PRC claimed that the virus began to spread from a market in Wuhan, which sells meat from wild animals. However, the sources of the publication are convinced that with this information, China tried to divert public attention from the development of the laboratory. Moreover, according to secret documents, bats have never been sold in this market. DDocuments also describe in detail the early efforts of doctors in the laboratory to contain the spread of the virus, which, as we see now, were unsuccessful.

Back in January 2018, employees of the U.S. Embassy in China announced that dangerous tests of the coronavirus and experiments on bats were carried out in the laboratory of the Wuhan Institute of Virology The Washington Post.

“They misled us, they were dishonest, if you will, from the first days of the virus detection. Therefore, I do not really believe that they are honest with us now, "said Pentagon chief Mark Esper, adding that US intelligence is almost completely confident in the natural origin of the virus.

If the Chinese government had been more outspoken earlier, he said, it would have helped “get ahead” of the virus, understand its structure and develop a cure and vaccine faster.

The sources of the publication, familiar with the secret report, also noted that the structure of the virus and the mapping of the genome definitely show that it has not been genetically modified and has a natural origin.

US Secretary of State Mike Pompeo accused China of notifying the world community about the coronavirus epidemic late, thereby putting the whole world at risk.

“We regret that China was not promptly informed about the epidemic that began in Wuhan. The Chinese government, the Chinese Communist Party did not provide this information in a timely manner. This is very unfortunate ... It poses a real threat to the whole world, ”said Mike Pompeo.

“Now we know for sure that the virus originated in Wuhan, China. We know that the Wuhan Institute of Virology is located just a few miles from the market. There is still a lot to be learned, and the US authorities are working hard to find out. We need China to disclose information, ”added the Secretary of State.

At the same time, he refused to confirm or deny information from the American media that the virus could “escape” from the laboratory in Wuhan.

“This lab has studied powerful viral materials. We knew about it, knew that they were working on such a program, many countries have such programs, ”said Pompeo, avoiding a direct answer.

On the subject: 'Spreading misinformation about COVID-19': Trump suspended WHO funding

On April 16, China's foreign ministry dismissed suspicions that the virus had "escaped" the laboratory, citing statements from the World Health Organization that there was no evidence that the coronavirus was artificially created.

Initially, the Americans trained Chinese virologists using the PREVENT program, but that was long before the Chinese people started working on this virus. The French government sponsored and helped the Chinese create a laboratory in Wuhan, the development of which is now of interest to the whole world.

Doctors and journalists who warned about the spread of the virus, its infectiousness and the risk of human-to-human transmission, sources say, "disappeared." In addition, they say, the World Health Organization (WHO) was involved from the very beginning in hiding information about the growing pandemic.

At a coronavirus briefing in the White House on April 14, Trump announced that the United States would immediately stop funding WHO because it put “political correctness above saving lives.” The United States is the largest sponsor of WHO. The State Department had previously planned to provide the agency with $ 893 million over the current biennium of funding.

Six days after senior Chinese officials realized that they were probably facing a pandemic due to a new coronavirus disease, a massive banquet was held in Wuhan at the epicenter of the disease for tens of thousands of people, and millions of Chinese went to their relatives for a celebration lunar new year.

On the subject: China has been hiding information about the beginning of the COVID-19 epidemic from the world for almost a week

President Xi Jinping informed the public about the situation only on the seventh day after the outbreak, on January 20. But by then, more than 3000 people in China had been infected and started to spread the virus around the world.

“This is shocking,” said Zuo-Feng Zhang, an epidemiologist at the University of California, Los Angeles. “If they had taken measures six days earlier, there would have been much fewer patients, and there would have been enough places in medical institutions for everyone. We could have avoided the collapse of Wuhan's medical system. ”

In an effort to keep its readers informed of the latest news on the situation with the coronavirus, ForumDaily has collected the most recent data on infections and deaths in one text that we regularly update.

When the most difficult is over: a Ukrainian in China spoke about life in quarantine and after it

'It seemed like I had a piece of meat, not a throat': five stories of people who recovered from COVID-19