Volcanoes are sleeping, but it won't last forever. As a rule, supervolcanoes explode once every 100 years, and if this happens, then a catastrophe is inevitable. How many such dangerous volcanoes are there on the planet and where are they located? How do they differ from ordinary ones and what will their eruption lead to? Read on, informs Hightech.fm 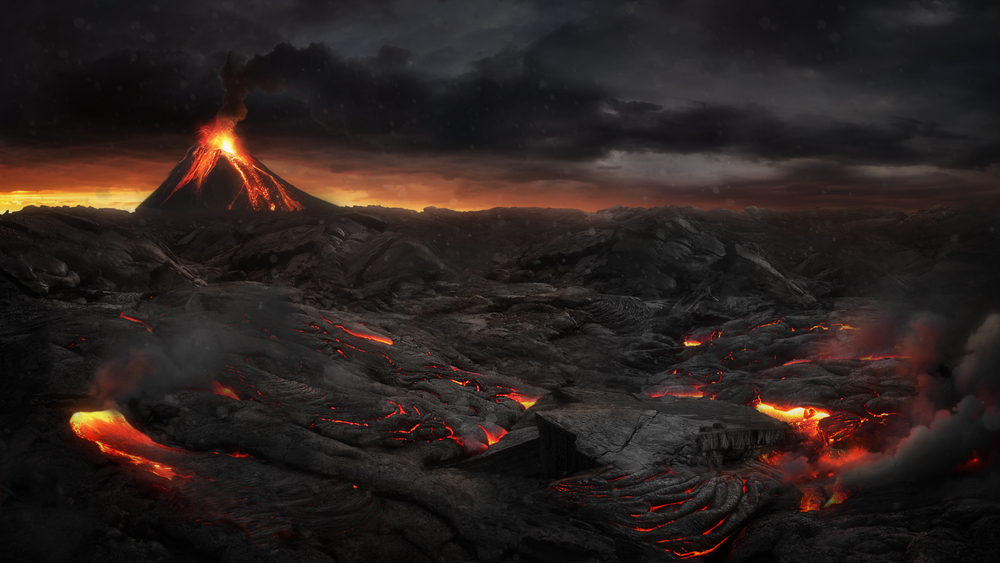 What is a supervolcano

A supervolcano is a geological formation that ejects at least 1000 m³ of magma in one eruption. Supervolcanoes do not form mountain peaks, they are massive craters - calderas. When a magma chamber beneath the surface spews enormous amounts of gas, ash and molten rock through the seams in the earth's crust, a significant depression of relief occurs.

What is the difference between a supervolcano and a volcano

The main difference between a supervolcano and an ordinary one is that its eruption will lead to global climatic changes. This is due to the release of more than a trillion tons of matter from the lithosphere and mantle into the surrounding space. When these substances enter the atmosphere, its chemical composition changes, the access of sunlight is blocked, and so-called magmatic traps are created on the planet's surface (a typical example is the Putorana plateau in Siberia).

A similar event happened 252 million years ago near present-day Norilsk, provoking the Great Permian Extinction - the greatest mass extinction of all time. It is it that delineates the border between the Permian and Triassic geological periods and separates the Paleozoic and Mesozoic eras.

Where are the supervolcanoes

When we hear the word "supervolcano", a huge fiery rock appears in our imagination, which rises for many kilometers above the ground. Supervolcanoes differ from ordinary stratovolcanoes in the absence of a pronounced cone-shaped shape.

For example, the Yellowstone supervolcano, the largest known, with a caldera measuring 55 × 75 km, can be geographically described as a slightly hilly area surrounded by mountains. Although the craters of these giants can exceed the area of ​​all of Moscow, in appearance they do not pose any threat and generally do not look like volcanoes. Therefore, when scientists talk about the most dangerous supervolcanoes, they mean the territories in which they are located.

According to research by scientists, over the past 2,5 billion years, 15 supervolcanic eruptions have occurred on Earth, which led to the formation of 15 large trap provinces. However, some of them are active to this day. As noted by the US Geological Survey, these volcanoes are some of the most dangerous supervolcanoes in the world:

The first is located in Japan, on the island of Kyushu. This is the Ayra volcano, which exploded 22 thousand years ago. Now in the area of ​​that place is the young active volcano Sakurajima and the city of Kagoshima with a population of half a million people.

The second supervolcano is Taupo. In 200 A.D. he released a record amount of lava into the atmosphere. Subsequently, it became a lake in the caldera of the eponymous volcano on the North Island of New Zealand.

The third volcano is Toba, on the island of Sumatra. It exploded 74 years ago and left behind a huge caldera. Its eruption was the largest in the last 000 million years. Thanks to its dimensions 20x90 km and a depth of 25 m, today it is the largest volcanic lake in the world. Moreover, there is still a magma chamber under it.

In the USA, on the territory of the state of New Mexico, the supervolcano Valles is located, the length of its caldera is 22 km. It was formed over one and a half million years ago, and today its territory is a nature reserve.

The Yellowstone National Park is home to the largest supervolcano in North America. Volcanologists claim that it has recently begun to show signs of activity. Its last eruption was more than 600 thousand years ago. At best, the awakening of this giant from a long hibernation, its power will be enough to arrange another Ice Age on the planet. At worst, the eruption of the Yellowstone supervolcano will wake up all other active volcanoes on Earth and cause a real apocalypse.

What do supervolcanic eruptions lead to?

In 2021, scientists analyzed the consequences of the explosive eruption of the Los Chocojos supervolcano in the Guatemalan highlands, which occurred 75 thousand years ago. Today, the giant caldera Atitlan remains at the site of the disaster, which turned into a lake. Its height is 1563 m above sea level. There are three cone-shaped volcanoes around the caldera: Atitlan, Toliman and San Pedro.

As a result of the analysis of sediment samples in geological layers, scientists found out that during the eruption, a huge amount of sulfur, chlorine and bromine got into the Earth's atmosphere. In addition, after the eruption of Los Chocoios, volcanic ash was found in the highlands of Guatemala and in marine sediments from deep-sea cores in the Pacific Ocean, the Gulf of Mexico and even in the Atlantic Ocean.

The research team hypothesized that such large emissions would cause long-term effects on the atmosphere and global climate as a result of the outbreak. The heating of the air from aerosols and the cooling effect caused by the depletion of the ozone layer after an eruption can disrupt the wind system.

One of the most deplorable consequences of such an event is mass famine. The ashes will cover the sun for a long time, and as a result of the volcanic winter, humanity will not be provided with the necessary amount of food. On the territory of modern Wyoming 600 years ago, the supervolcano, located on the site of what is now Yellowstone Park, emitted more than 000 m³ of lava and ash into the atmosphere during an eruption.

According to the UN estimates, there will be enough food for people for 74 days.

Some NASA scientists argue that this disaster is much worse than a collision with a giant asteroid or comet.

By the way, 66 million years ago, an asteroid 10 km in diameter fell into the territory of modern Mexico. The power of the explosion was 100 million megatons: shear and longitudinal seismic waves went around the entire planet and formed in the opposite, eastern hemisphere. Long before the asteroid, volcanoes began erupting far in the East, creating the Deccan traps. Immediately after the impact, the influx of magma from the mantle into this area increased sharply. As a result of the impact of the Chicxulub asteroid, volcanism increased throughout the world, including in Hindustan. In the wake of the asteroid impact, over 70 percent of the Deccan Traps poured out immediately.

Is it worth worrying

It is impossible to find evidence that any supervolcano will explode during your lifetime or the lives of your descendants over the centuries. But if there was evidence, the authorities would have to evacuate entire countries. For example, after the Yellowstone explosion, a cloud of ash will darken the sky and cover the entire continental United States with toxic dust. Subsequently, a catastrophic climate change will occur, which will disrupt ecological systems for centuries. As if there weren't enough of them on the planet.

Five serious problems that an expired green card can create