Home Page Incidents Smoke from forest fires in California covered half of the United States: why is it dangerous

Smoke from wildfires in the western United States and Canada covers much of the continent, including thousands of miles on the east coast. Experts say the phenomenon is becoming more common as human-induced global warming is causing more and more intense fires. Writes about it Pix11. 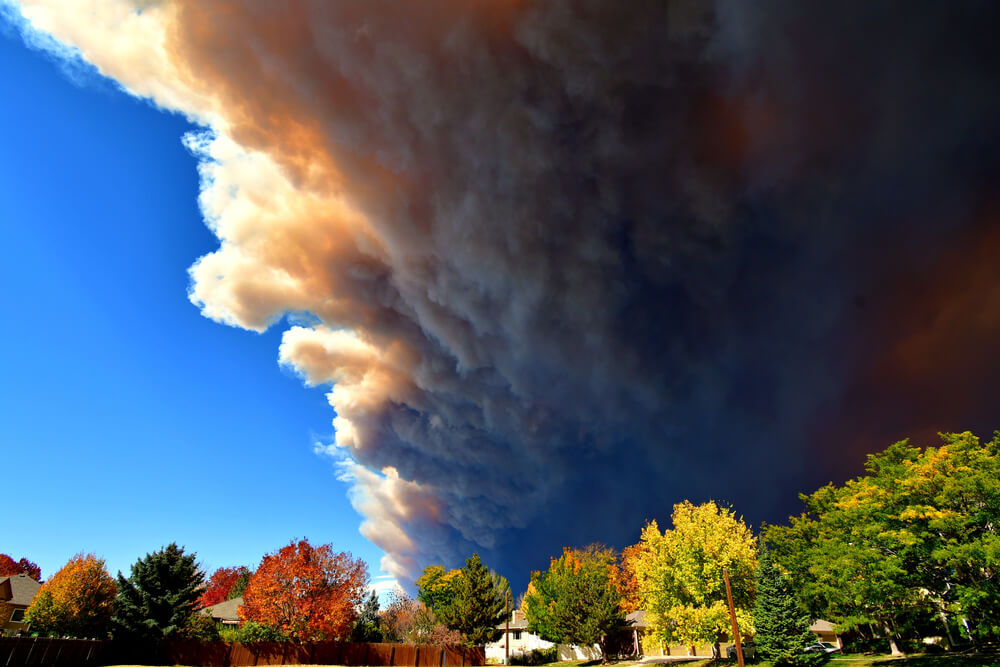 Smoke pollution has reached unhealthy levels this week in communities stretching from Washington to Washington, DC.

The researchers say it's time to get used to it.

"The fires will burn all summer," said Dan Jaffe, an expert on wildfire smoke from the University of Washington. "In terms of poor air quality, this year will be worse than average throughout the country."

Why is there so much smoke and how dangerous it is

Decades of aggressive fires have allowed dead trees and other fuels to form in forests. Climate change is now drying the landscape, making it easier for fires to ignite and spread.

According to data provided by the Environmental Protection Agency, the number of unhealthy air quality days recorded in 2021 by pollution monitors across the country is more than double the number in each of the past two years. Most of the growth is due to wildfires, officials said.

On the subject: Burned an area 5 times the size of New York: fires in the West of the United States are gaining strength

So far in 2021, the amount of smoke emitted by forest fires is directly related to the amount of land burned - over 4100 square miles (10 square kilometers) in the United States and 600 square miles (4800 square kilometers) in Canada. That's below the 12-year average this time of year for both countries, but forecasters warn conditions could worsen as the severe drought, affecting 500% of Westerners, intensifies.

Forest fire smoke contains hundreds of chemical compounds, many of which can be harmful in high doses. Health care workers use the concentration of smoke particles in the air to assess the severity of the hazard to the public.

During the years of severe fires over the past decade, fires in the West have emitted more than a million tons of particles annually, according to research by the US Forest Service.

Scientists have linked exposure to smoke to long-term health problems, including decreased lung function, a weakened immune system, and higher rates of influenza. In the short term, vulnerable people may be hospitalized, sometimes dying from excessive smoke choking.

A 2018 fire in Paradise, California, which killed 85 people and burned 14 homes, caused a thick plume that covered part of Northern California for several weeks. Smoke from burning houses and buildings contains more toxic plastics and other industrial materials, as well as chemicals stored in garages.

There are currently nearly 80 major wildfires in the United States, including 19 in Montana. The largest, the Bootleg fire in eastern Oregon, has grown to 618 square miles (1600 square kilometers). This is half of the state of Rhode Island, at least 200 houses and other structures have been declared lost due to a fire in a sparsely populated area.

More than 200 fires are blazing in Manitoba and Ontario, Canadian officials said.

Weather conditions and the intensity of fires determine who gets caught in the smoke. Huge fires generate so much heat that they can create clouds of their own that lift smoke high into the atmosphere.

"It just spreads across the country and slowly spreads, forming a kind of fog in the sky," said meteorologist Miles Bliss of the National Weather Service in Medford, Oregon.

According to air pollution data, the combined plume from Canada and the United States mostly passed over parts of the Midwest before settling at ground level in an area stretching from northeast Ohio to New England and south to the Carolina.

Health effects can occur thousands of miles from a fire. "Smoke loses its characteristic odor, but remains a potential hazard even when it drifts this far," said Jeff Pearce, an atmospheric scientist at Colorado State University.

“It's definitely unhealthy,” Pierce said of the air along the east coast in recent days. "If you have asthma or any respiratory illness, you should consider changing your plans if you are going to go outside."

According to a recent study by University of Colorado epidemiologist Sherrill Magzamen and atmospheric scientist Jeff Pearce, people living near fires are more likely to be prepared and take precautions, while those living farther from the fire are unwittingly left behind. vulnerable.

On the subject: California faces a very active fire season: how to prepare

How to protect yourself

Monitor smoke warnings closely and, if advised, avoid outdoor activities to reduce exposure. Keep doors and windows closed and turn on the air filter to purify the air inside. Face masks can protect against smoke inhalation. As with COVID-19, N95 masks are most effective as they are designed to block out tiny particles.

Launched by the EPA and the US Forest Service last year on a pilot basis, the interactive online smoke map has attracted millions of viewers. To get in touch with people faster, officials are considering using push notifications on mobile phones, which will alert users when heavy smoke could flood their communities, according to agency spokesman Enesta Jones.