Home Page Incidents Burned an area 5 times the size of New York: fires in the West of the United States are gaining strength

Burned an area 5 times the size of New York: fires in the West of the United States are gaining strength

California authorities have asked residents to use more energy and water more economically. This is due to temperature records, the worst drought in the state and wildfires. Scientists argue that in the near future, planned outages of water and electricity in the state may become a new reality. Writes about it "Voice of America". 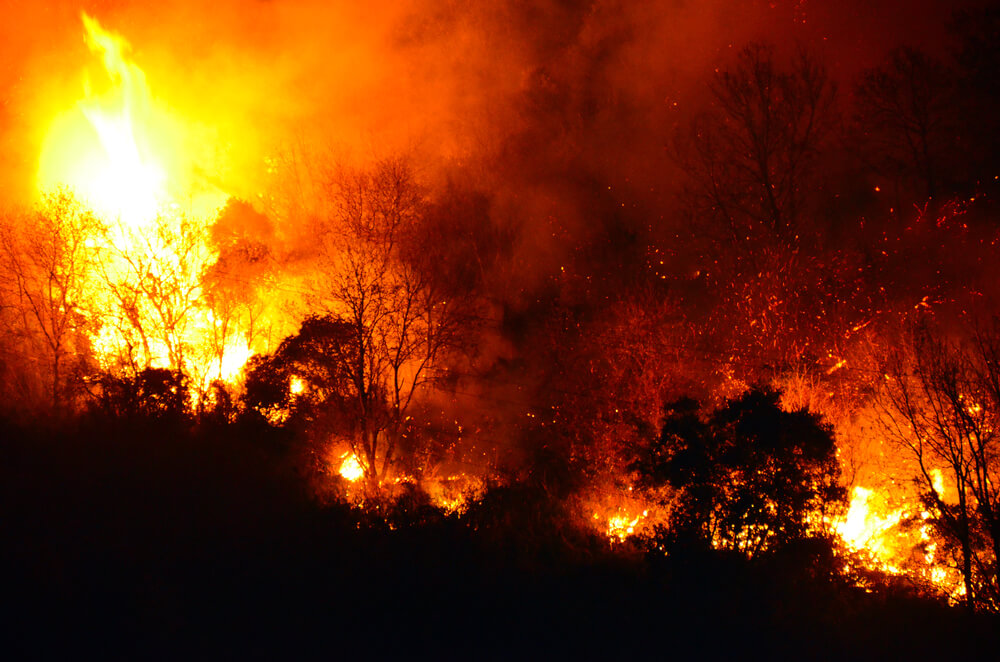 State Governor Gavin Newsom has declared a state of emergency in fifty counties in California. And he asked the residents of the region to reduce water consumption by 15 percent during this hot time.

“We hope that Californians will be sympathetic to this request, as was the case with the drought in the state. Hopefully people will cut their water use by 15 percent. This applies not only to residents of the state, but also to industry and agriculture, ”said Newsom.

Californians will save what they can.

“We will shorten the bathing time, we will try to wash less often. We won't water the plants often, ”says Los Angeles resident Art.

On the subject: Relentless heat and fire tornadoes: wildfires engulf the west of the United States

And although this is now advisory in nature, such a measure may become mandatory. Moreover, the state already had the experience of planned water shutdowns.

"This already happened in California in 2012-2016 during a drought, when the state cut water consumption by 25 percent," says University of California professor Mark Lubell.

If this fire was at a different landscape with more vegetation and slightly increased wind conditions things could be very VERY bad! #wildfires #cyprusfires well done to everyone for their amazing efforts! pic.twitter.com/wyjvqzrUtd

“In general, most of the water consumed in cities goes to water consumption outdoors - people water lawns, trees, wash cars. I believe there is a chance that the state's water consumption reduction will be mandatory unless we see people voluntarily reduce their consumption, ”he continues.

The reason for the shortage of water resources in the state was the heat and, as a result, drought. Extreme rates, according to experts, are observed in more than 80 percent of the state. In California's Death Valley National Park, the temperature rose to 53 degrees Celsius.

“One of the main reasons for this drought in California is climate change. Abnormal heat waves, melting snow in the mountains, and hanging ocean levels are also signs of climate change. The number of forest fires is also on the rise, ”says Professor Lubell.

The west of the USA, languishing with heat, is on fire. The forests of Nevada, Arizona are burning, two rescuers were killed there during the extinguishing of the fire. Fires are raging in Oregon, where damage to power plants has further exacerbated an already dire lighting situation in California. The burned out substations supplied electricity to the state.

As a result, the authorities have been asking Californians for several days to reduce their electricity consumption as much as possible in the evening. The fire element is raging in California itself, firefighters are not yet able to cope with the fire that covered hundreds of square kilometers. Thousands of people were evacuated, dozens of houses burned down.

The heat melted the protective shield

A resident of Fresno shared a photo of a melted sunscreen, writes ABC7.

The photo serves as a reminder that even when the windshield is covered, the interior of the car can become very hot on sunny days, and pets or children should not be left unattended.

Our field correspondent Brandon Clement describes the sights and sounds of the raging #wildfires that have been scorching towns in the west. #CAwx #wildfire pic.twitter.com/B1oNTaD8eF

In southern California, in settlements on land and in deserts, high temperatures are also observed, which in recent days have exceeded 100 (37 Celsius). Over the weekend, Palm Springs was 120 degrees (48,8 C) and Antelope Valley was 113 degrees (45 C).

The National Inter-Agency Fire Center (NIFC) reports that 67 major fires in 12 states have burned more than 917 acres (000 hectares) of land.

From January 1 to July 13 this year, more than 2 million acres were burned in 33 fires, according to the NIFC, more than the previous year for the same period.

More than 11 acres were burned this year through July 103, up from the same period in 000, according to updated figures from the California Department of Forestry and Fire Protection. And there were 2020 fires, which is almost 4991 more than a year ago.

🌡️ #Wildfires were burning across more than one million acres of the western #UnitedStates and #Canada on Monday.

“Although wildfires are a natural part of the California landscape, the fire season in California and the west begins earlier and ends later every year,” says the Cal Fire website.

Climate change is considered to be a key driver of this trend. Warmer spring and summer temperatures, decreased snow cover and earlier spring snow melt create longer and more intense dry seasons that increase moisture stress on vegetation and make forests more vulnerable to severe forest fires. The duration of the fire season is estimated to have increased by 75 days.

Biggest Beckwourth Complex Fire. 46% of the fire is localized. The complex consists of Dotta Fire and Sugar Fire.

Dotta Fire began on June 30 in the Beckworth area near Dott Canyon. Sugar Fire started on July 2nd. Both were provoked by lightning.

This is the largest fire in the state, and it is unclear how many buildings or houses burned down.

According to fire intelligence spokesman Mike Ferris, 3061 people have been evacuated and 1199 homes are under threat. In total, 2745 people are fighting the fire.

US jury agenda: what you need to know and how to act after receiving it

Six things not worth buying at discount stores