Home Educational program Danger while on holiday: 11 beaches where most sharks live

Whether you love them or hate them, sharks are a vital part of the Earth’s ecosystem. Reader's Digest compiled a list of beaches where the probability of encountering sharks is the highest. 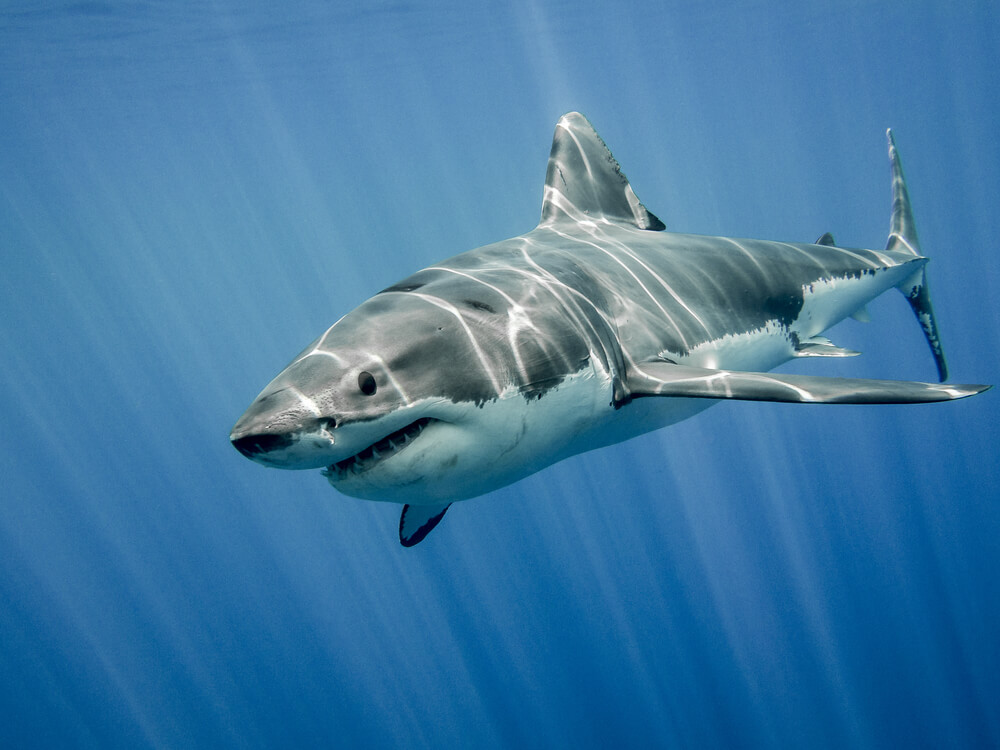 There are about 500 different species of shark in the world, and they live in all the oceans of the Earth. The first sharks appeared more than 400 millions of years ago, but now they have problems. The numbers of many species have declined, and about 100 of millions of sharks are caught annually and die as a result of fishing.

Despite the fact that the reports that in different parts of the Earth sharks are attacking humans have become more frequent, in reality only a few species of sharks are dangerous to humans: bull, large white and tiger sharks. But people are also sometimes attacked by reef sharks and hammerhead sharks, but most likely the average person will not die from the bite of this shark.

On the subject: Is it dangerous to go to the beach: what you need to know about shark attacks on people

Beaches where most sharks live:

This nearly 2 kilometer stretch of beach is famous for the opportunity to watch sharks that can reach 12 meters in length and weigh up to 4,5 tons. But sharks living here are not dangerous and they are not interested in attacking mammals. They have small, hooked teeth, and like whales, they feed on plankton and other tiny sea creatures. As a rule, they are not considered dangerous to humans, although their sharp skin scales sometimes injure divers.

According to the Organization of International Statistics of Shark Attacks (ISAF), the world's largest number of cases of shark attacks on humans occurs in Florida each year. According to Blake Chapman, a researcher of sharks, Ph.D., author of the book “Shark Attacks: Myths, Misunderstandings and Human Fear,” a disproportionately large number of such incidents occur in Volusia District, where New Smyrna Beach is located.

According to the ISAF, there have been 1882 unprovoked shark attacks since 303 - nearly double the number anywhere else on earth. One reason for the bites of sharks in Volusia, according to scientists, may be the turbidity of the water due to heavy rainfall.

Australia is the second largest unprovoked shark bite in the world, and, according to Chapman’s research, the number of attacks is increasing. According to the ISAF, since 2007, there have been 139 cases of shark bites here, of which 15 have been fatal. Most of the attacks occurred off the coast of New South Wales, the state in which Bondi Beach is located.

Large groups of giant but gentle whale sharks migrate to the waters of the island of Isla Mujeres from May to September. Tourists from all over the world flock here to see whale sharks. These sharks feed on plankton.

Unprovoked shark attacks are not frequent in the waters of Reunion Island, French territory off the coast of Madagascar, but over the past decade their number has increased markedly. One surfer died here as a result of a shark attack in May 2019. It is known that larger species such as bull and tiger sharks are often found in this area. According to Chapman, this area is of particular interest to researchers because of its small population compared to other hot spots and a relatively high proportion of the dead.

On the subject: Scientists explain why there are a lot of sharks in California bays

The western cape of South Africa, where the fishing town of Gansbaai is located, has become a popular tourist destination for people hoping to dive into a cage to observe numerous white sharks.

Shallow water off the coast of La Jolla in San Diego County, California, is an ideal spot for swimming with the calm leopard sharks that are teeming in this area thanks to warmer water than usual. Leopard sharks are not considered dangerous and have very small mouths, which they use to suck squid from the ocean floor.

82% of unprovoked shark bites in Brazil occurred in a relatively small area of ​​the northeast coast near Recife, making it one of the most dangerous areas in the world, according to Chapman and McPhee. But this was not always the case. Shark attacks were rare in the area until around 1992, when shark numbers began to rise. According to Chapman's research, human activity in a nearby port may be one of the reasons for the shark's revitalization: construction has supplanted aggressive bull sharks and increased ship traffic - sharks are known to be attracted to the sounds of boats.

California ranks second after Florida for the number of the most frequent unprovoked shark attacks in the United States. According to the ISAF, 1837 attacks were recorded in this state since 124, and the largest number of them (19) took place in San Diego County, the area of ​​the state where Solana Beach is located.

Humboldt County in Northern California is the second most dangerous shark attack in the state, with 1837 attacks recorded since 16. Eureka is a popular surfing spot where at least two shark attacks have been reported in the last decade.

Shark watching, feeding and cage diving are popular tourist activities in Hawaii, with 40 shark species living in the waters around the islands, including hammerhead sharks, reef sharks, whale sharks and the rare magamut species. Since the 1800s, 162 unprovoked attacks have been recorded in Hawaii. 64 of these occurred off the coast of Maui, including a deadly attack in May 2019 that killed a person swimming about 90 meters offshore.

Post-pandemic cruises: when and in which you can go this summer

The end of San Francisco: how the beloved city turned into an expensive dangerous garbage can