Homes without roofs, metro and roads under water: a severe storm covered Moscow

A strong storm covered Moscow - rain flooded the metro, the wind knocked down a tower crane in the Ramensky district of the Moscow region, and in Shchelkovo a transformer substation caught fire due to lightning. More details about the storm told the publication "On the Eve". 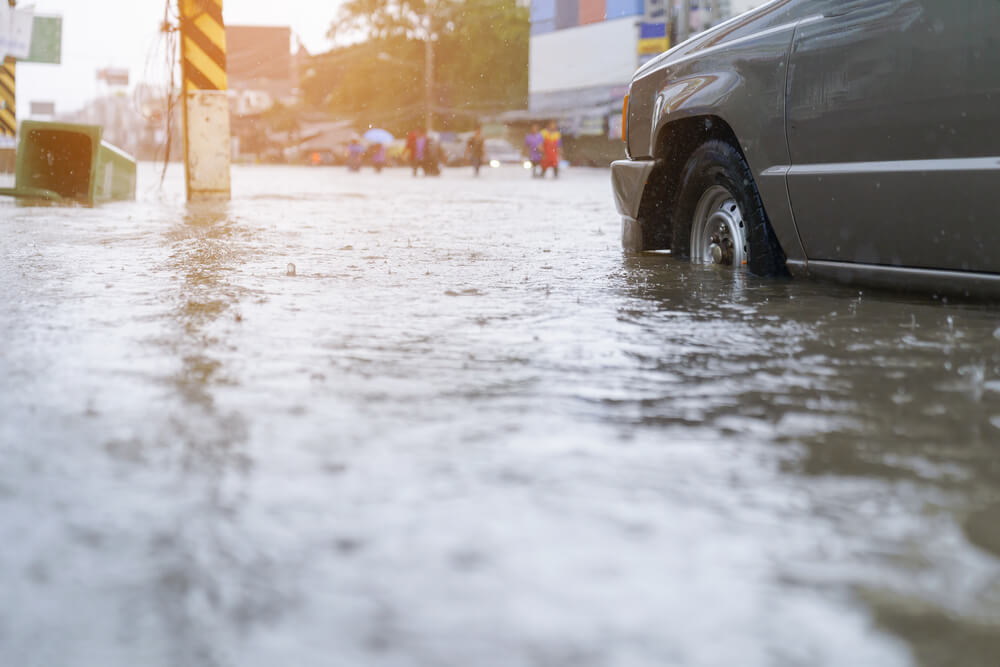 Data on the victims has not yet been reported, although in some areas the storm led to serious consequences - the roof of the building was blown off on Pravdy Street, writes "Newspaper".

According to the Moscow Department of Transport, there is currently no train movement on the Kaluzhsko-Rizhskaya metro line from the Teply Stan station to the Novoyasenevskaya station. In the opposite direction, trains follow at increased intervals. Two metro lines were blocked.

“A large amount of water is supplied to the Yasenevo station from the urban area. She goes to the lobby and partly to the station platform. The metro services, together with the city services, are making every effort to quickly restore traffic in this section. All passengers got off the trains at the stations, there are no trains with passengers in the tunnels, the press service said. "Also, traffic was stopped on the Filevskaya line between Bagrationovskaya and Kuntsevskaya."

On the subject: Crocodiles on the streets, evacuation and sewerage at sea: a historic flood occurred in Crimea

Residents and guests of Moscow publish videos of the storm, which show how water floods the underground passages and the metro.

The streets are also flooded. Cars, including an ambulance, get stuck on the road. Pedestrians cross the intersection waist-deep in water. Trees and various structures have fallen on many streets, and cars are often found under them. In addition, water heats the first floors of offices and restaurants.

The water also became the reason for restricting the movement of cars on Dmitrovskoye Highway and Strastnoy Boulevard, and soon traffic was restored there. There were breaks in traffic on the Third Ring, but now the traffic has been restored. At the exit from the Third Transport Ring to Shmitovskiy proezd, there is water, but now traffic has been restored (15:16 Moscow time). Flooding is observed at the 77th km of the Moscow Ring Road and Maksimova Street.

“The speeds have been greatly reduced, the road situation is already estimated at 7 points. Please, if possible, refrain from traveling around the city. We also ask you to be attentive, not to park or stand under trees and wobbly structures, ”the Department of Transport said.

The traffic of cars on Pravdy Street was blocked - there the wind blew off the roof from the roof of the building in the area of ​​the VGTRK television and radio company complex. The first floor of the television center in Ostankino was also flooded.

In the Ramensky District, a strong wind collapsed a construction crane near the Novye Ostrovtsy residential complex. The structure collapsed right into the roadway in front of the passenger bus, cutting off power lines.

In Shchelkovo, during a thunderstorm, lightning struck a transformer booth at a substation - a fire started, outages and consequences have not yet been reported. The roof of the shopping center was blown off.

The department also warns that due to flooding in different parts of the city trams may be delayed, for example, on the Entuziastov highway, at the Kursk railway station, on Komsomolskaya square.

It is likely that the blow of the elements was not the last.

“By the end of the day on June 28, showers with thunderstorms and hail are expected in certain districts of the city of Moscow, and a squally increase in wind up to 23 m / s,” the Moscow Emergencies Ministry's Main Directorate said.

“Moscow found itself in the very center of a wave and very active cyclone. In some places in Moscow and in the region, up to 53 mm of precipitation fell, which is almost 70% of the monthly norm, ”said Yevgeny Tishkovets, a leading expert of the Phobos weather center.

Russia fired at NATO ship near Crimea or not: secret documents surfaced in Britain

From August, the United States will completely stop issuing visas in Russia