HOME Educational program What to do if you are involved in an accident in America: step-by-step instructions for immigrants and more

Acclimatizing to new conditions and norms of life after moving to the United States is not an easy task in itself. And if an event occurs that even at home can be unsettling - for example, an accident - then immigrants can completely get lost and do something stupid. 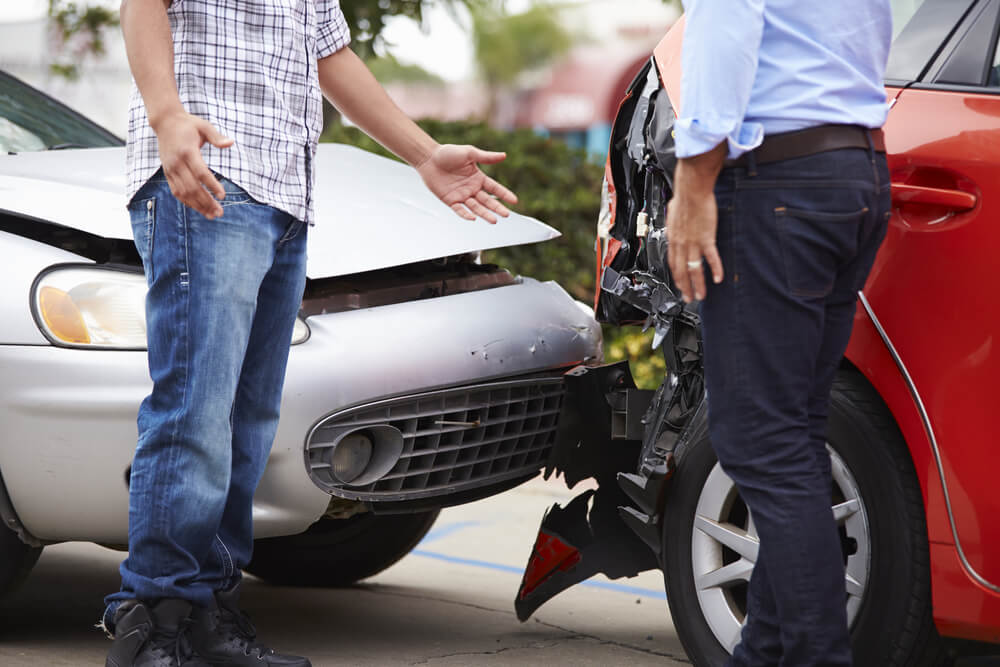 ForumDaily together with company specialists DTP America prepared step-by-step instructions on how to act for those who are involved in an accident in America.

What to do immediately after an accident

Do not panic! Calm down, bring your car to a complete stop and turn on your hazard warning lights. Never flee from the scene of the accident - in the United States, such an escape can result in additional punishment.

Examine yourself and those involved in the accident (in all vehicles) for injuries. If necessary, provide reasonable assistance to those affected.

Call Emergency Services (911) and report that you are involved in an accident. Explain to the dispatcher how serious the accident was and whether there are casualties, and also indicate the location of the accident. An emergency worker will dispatch police and medical assistance to the scene of the accident if needed.

Waiting for the arrival of the police start collecting information about the conditions of the accident and about another driver or drivers if more than two cars are involved in the accident.

You need to collect the following information:

Try to take as many photos as possible the scene of the accident and, if possible, shoot a video.

Also, it will not be superfluous get written evidence from road accident witnesses... Ask them to describe everything they saw on a piece of paper with their signature and date. 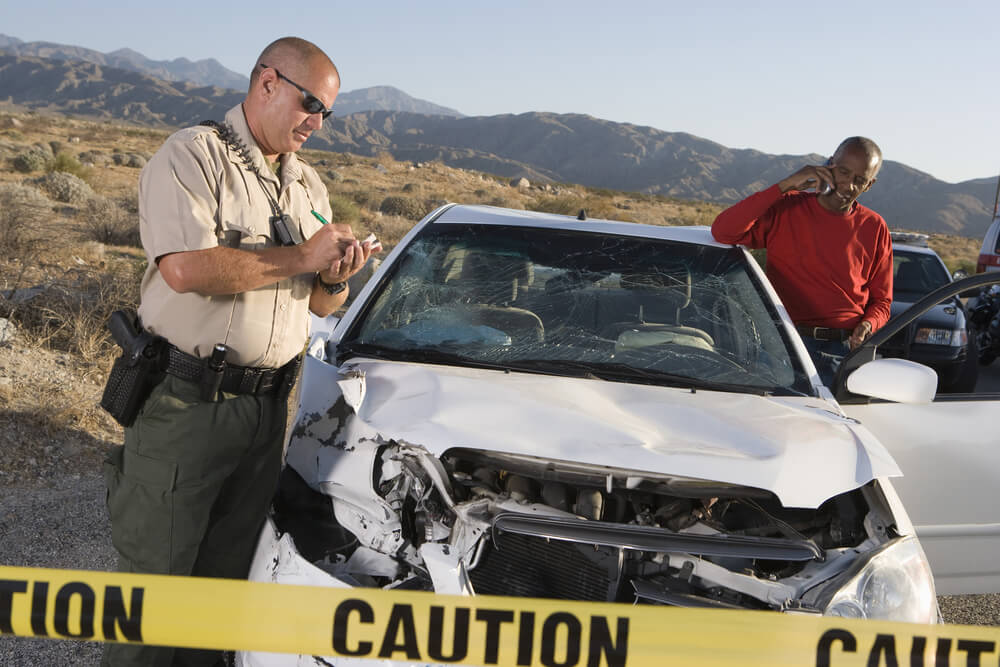 How to deal with law enforcement officers and doctors

If the police officers who arrived at the scene ask you about how the accident occurred, try to clearly and accurately tell them your version of what happened... In this case, do not make any statements regarding the culprit of the accident. In the future, your words can be used against you. In addition, try to answer questions and do not meddle with your advice and assumptions in the conversations of policemen with other participants in the accident.

Make sure the police officer draws up a protocol and includes the names of all passengerswho were in your car at the time of the accident.

В DTP America stressed: even if you feel good and there are no visible injuries on your body, do not refuse medical help locally or ask for it within 14 days of the accident. Some injuries are not immediately visible, but they can be detected on physical examination.

“As the statistics of accidents in the USA show, about 40% of all calls to medical organizations are made 4-12 weeks after the car accident, when hidden injuries are found in the participant of the accident,” the company noted.

Traffic accidents in the USA with the participation of immigrants: features of the process

The laws in the United States are the same for everyone: citizens of the country and immigrants (including illegal immigrants), but there are still nuances.

For example, a US resident (green card holder) or tourist can obtain an American driver's license within 30 days after entering the country. If he has not done so, then he has the right to drive a car with the license of his country (or with an international driver's license) until the end of the calendar year in which he arrived in the United States.

If you have American rights, then the same laws apply to you as to all citizens of the country. But if your rights were issued in another state or you did not have the right to drive in America at all, then the first thing to do is to turn to an experienced lawyer so as not to aggravate the situation by trying to solve everything on your own, not knowing the laws and language at the proper level ...

В DTP America note that actions in such a situation are highly dependent on the state, and an immigrant simply cannot know all the nuances of local legislation in order to effectively resolve the issue on his own. 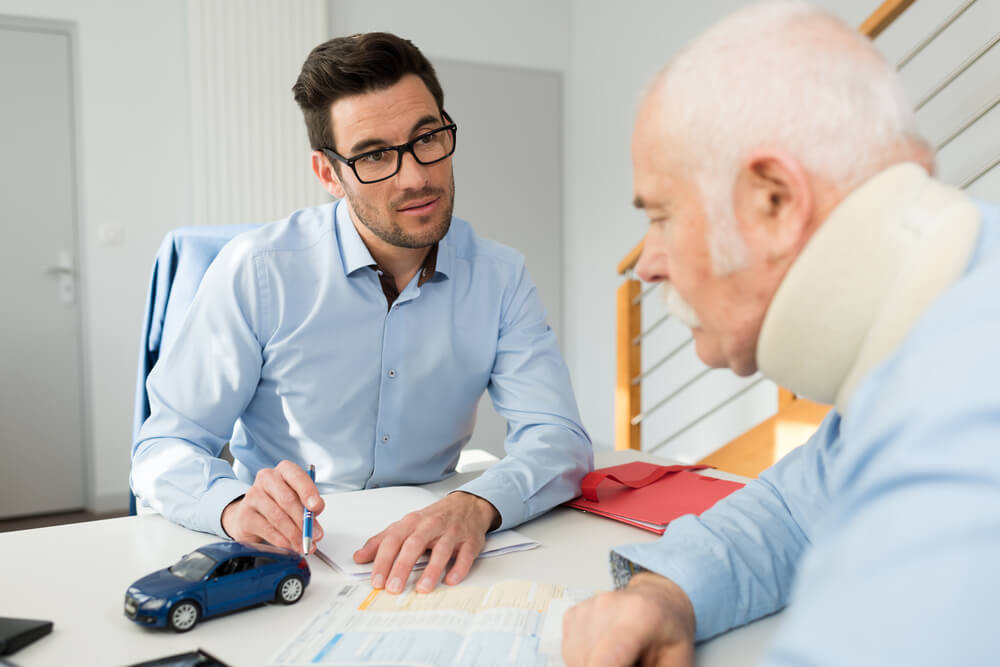 When you still need a lawyer

Trouble with a driver's license is not the only case when the help of a lawyer is needed after an accident.

Whether you have an experienced lawyer or not, the amount of payments depends on the insurance and the possibility of obtaining compensation.

After an accident, you should notify your insurance company about the accident. In addition, if you need medical attention, then all bills and documents must be kept for further presentation to the insurer. The insurance officer will review your case and offer you a settlement agreement. Do not sign it without discussing the matter with a lawyer in advance.

Insurance agents for the most part draw up such documents in favor of the company, and not the injured driver. And a lawyer will be able to get a fair amount of payments.

A separate - and very big - problem if you are involved in an accident in the United States without insurance.

Driving in the United States is permitted with mandatory car insurance. At the same time, in some states, the insurance policy can be replaced by the presence of a minimum financial liability. If a driver had an accident in the United States without insurance (for example, he was not included in the policy) and did not have any other minimum financial liability, then he will be punished. Its severity depends on the state, but there are general requirements for the types of penalties from drivers who were in an accident without insurance:

Responsibility for personal injury depends on the severity of the injuries involved in the accident, and compensation for material damage includes covering the costs of restoring damaged property of another driver (his car, personal belongings inside the car or external objects damaged as a result of an accident). The amount of compensation depends on the specific situation and can vary from several thousand to several hundred thousand dollars.

Also, for an accident without insurance, you may be charged a fine (the amount depends on the state), your driver's license may be suspended, you may even be arrested (there are such laws in some regions of the United States). Data for different states can be found at DTP America website.

If you have an accident in the United States and you or another driver did not have insurance, this is also a reason to immediately seek legal assistance. Otherwise, you can lose the compensation due to you or owe a considerable amount.

You can find professional lawyers who specialize in road traffic accidents in the United States, and also speak several languages, including Russian, in the company DTP America.

Traffic accidents in the USA