Main page At home Conflict in Nagorno-Karabakh: NATO member country may be involved in battles

The Turkish F-16 shot down the Su-25 of the Armenian Air Force, the press secretary of the Armenian Defense Ministry Shushan Stepanyan wrote on Facebook, reports "RIA News". 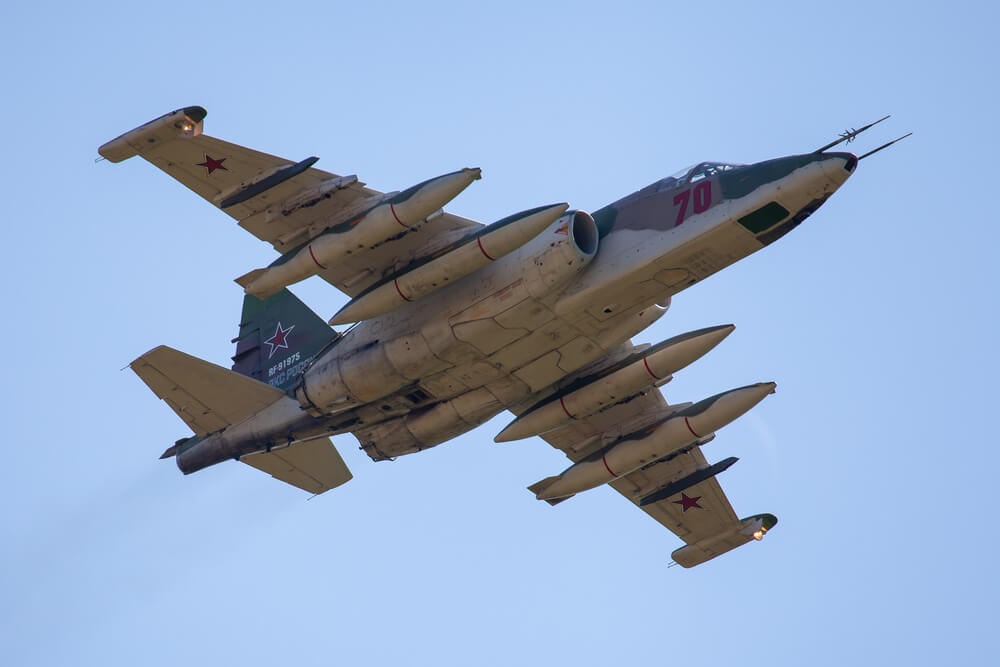 According to a representative of the department, the F-16 took off from the Azerbaijani Ganja airfield and covered the attacks on settlements and units of the Armenian army near Vardenis, Mets Masrik, Sotk, which were carried out by Azerbaijani Su-25 and Turkish Bayraktar drones.

Stepanyan clarified that the Turkish F-16 went 60 kilometers deep into the territory of the republic.

Turkey, in turn, denied Yerevan's statements about the attack on a military plane, Bloomberg reported. For example, according to Fahrettin Altun, head of the communications department of the Turkish presidential administration, statements about this are "completely wrong."

The head of the press service of the Azerbaijani Defense Ministry, Vagif Dargahli, called the statements of Yerevan a lie and a fantasy of the “Armenian military propaganda machine”.

Turkey is a member of the NATO bloc adhering to the principle of collective security, therefore its intervention in the conflict can be fraught with far-reaching consequences. Armenia is a member of the Collective Security Treaty Organization (CSTO). The members of this union are formally obliged to come to the rescue in the event of an attack on one of them.

Armenian Ambassador to Moscow Vardan Toghonyan told RIA Novosti that Yerevan has not yet applied to the CSTO on the situation in Nagorno-Karabakh, but stressed that after the Turkish attack on a military plane, this issue is being discussed.

Clashes in Nagorno-Karabakh escalated at the end of last week... Baku and Yerevan accuse each other of the start of hostilities. Martial law and general mobilization were introduced in Armenia. Men between the ages of 18 and 55 were banned from leaving the country. A curfew was announced in Azerbaijan and a partial mobilization was carried out.

On the first day of the conflict, September 27, the Azerbaijani Defense Ministry announced that Armenia had fired at settlements in the direction of Tertar, Jabrail and Fizuli, and the Azerbaijani army had launched a full-scale counteroffensive to protect the civilian population.

Armenia stated that it was the first to attack Azerbaijan. Armenian Prime Minister Nikol Pashinyan said that at 8:00 am local time Azerbaijan launched air and missile attacks.

On the second day on the confrontation line, judging by the scant reports of both sides, no major changes happened, but late in the evening local time, the press secretary of the Armenian Defense Ministry Artsrun Hovhannisyan announced a large enemy offensive in two directions, notes Air force.

Both sides report battles, large enemy losses, destroyed military equipment, captured, retained, or recaptured heights - but the belligerents almost always underestimate their losses and exaggerate successes, and there is no independent information from the battle zone.

The Armenian side, however, publishes the list of the victims: on Monday there were 59 names.

On September 29, on the third day of the confrontation, Turkish officials said that peace negotiations had lost their meaning and it was time to resolve the Karabakh problem. The Turkish Defense Ministry featured a picture of Turkish and Azerbaijani soldiers flying the flags of both countries with the title picture on its official Twitter.

Armenia announced a strike on its territory and direct participation in the war of Turkish aircraft, but has not yet provided evidence, notes Air force.

Since the beginning of hostilities on the morning of September 27, Turkish officials, starting with President Recep Tayyip Erdogan, have resolutely declared their full support for Azerbaijan and their readiness to help it by all means.

Warring parties' reports of the situation at the front remain extremely scarce and unverifiable.

The conflict began in 1988, when the Nagorno-Karabakh Autonomous Region announced its withdrawal from Soviet Azerbaijan. After the armed confrontation in 1992-1994, Baku lost control over the region, as well as seven adjacent regions. Since 1992, negotiations have been underway on a peaceful settlement of the conflict within the framework of the OSCE Minsk Group, headed by three co-chairs - Russia, the United States and France.

The International Criminal Court is interested in the actions of the US Army in Afghanistan: Washington responded with sanctions

Conflict of the US and Russian military in Syria: the versions of the parties are very different