The authorities of Armenia and Azerbaijan announced the introduction of martial law against the background of the aggravation of the situation in Nagorno-Karabakh. On the night of Sunday, September 27, clashes broke out in the region between Armenian and Azerbaijani troops. The details of the situation are reported by the publication with the BBC. 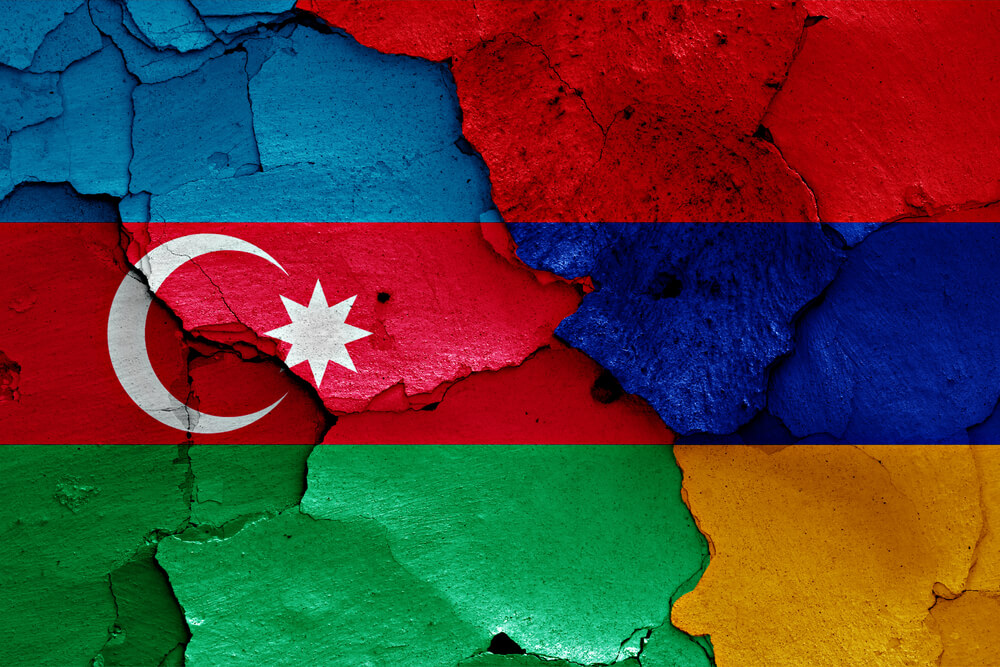 The Azerbaijani Defense Ministry announced on Sunday morning, September 27, that Armenia had fired at settlements in the direction of Tertar, Jebrail and Fizuli, and the Azerbaijani army had launched a full-scale counteroffensive to protect the civilian population.

Armenia stated that it was the first to attack Azerbaijan. Armenian Prime Minister Nikol Pashinyan said that at 8:00 am local time Azerbaijan launched air and missile attacks.

After the outbreak of clashes, both countries announced the introduction of martial law, Armenia introduced a regime throughout the territory, Azerbaijan - in several regions. Yerevan also began a general mobilization of men under the age of 55.

In addition, the Armenian military reported the death of 16 soldiers and the injury of about a hundred more people. Azerbaijan did not officially declare losses, Armenia reports the death of 200 Azerbaijani soldiers.

During the day, both sides of the conflict reported on the destruction of enemy military equipment and published footage that was supposed to confirm this.

What the authorities said

Armenian Prime Minister Nikol Pashinyan, in his address to the nation, stated that Yerevan is considering the possibility of officially recognizing the independence of Nagorno-Karabakh. According to him, Azerbaijan has declared war on the entire Armenian people, but the Armenians are ready for this. The prime minister called the actions of the Azerbaijani side "large-scale provocations."

At a meeting of the country's Security Council, Azerbaijani President Ilham Aliyev called the settlement of the conflict in Karabakh “a historical task of Azerbaijan”, saying that Baku would not agree to a “half-hearted solution”.

“I have said many times and I want to say today that we must resolve this issue so that the people of Azerbaijan are satisfied with it. We must restore historical justice. We must do this to restore the territorial integrity of Azerbaijan, ”Aliyev said.

Before the collapse of the USSR in 1991, Azerbaijan and Armenia were part of the Union, but the Karabakh conflict began in February 1988 - three years before that, when the Nagorno-Karabakh Autonomous Region announced its secession from the Azerbaijan SSR.

During the military confrontation between the two republics in 1992-1994, Azerbaijan lost control over Nagorno-Karabakh. In 1992, the OSCE Minsk Group was created for the peaceful settlement of this conflict, headed by three co-chairs - Russia, the United States and France.

Yerevan does not officially recognize the independence of the NKR, but the budget and the army of the unrecognized republic are closely linked with Armenia.

In April 2020, at the height of the pandemic, Arayik Harutyunyan won the second round of the presidential elections in Karabakh, gaining 88% of the vote.

The European Commission stated that the voting results do not in any way affect the final status of Nagorno-Karabakh or the outcome of the negotiation process, since the EU does not recognize the constitutional and legal framework for these elections.

Azerbaijan also does not recognize the elections in Nagorno-Karabakh.

Turkey announced its full support to Azerbaijan in the Nagorno-Karabakh issue.

“In the struggle to preserve the territorial integrity of Azerbaijan, Turkey will side with the Azerbaijani brothers, using all its capabilities,” the minister wrote on his Twitter account.

Turkish President Recep Tayyip Erdogan said that his country, as before, supports Azerbaijan.

On the subject: Living like a hobbit: in Armenia there is a hotel resembling the house of a famous character

Armenian Prime Minister Nikol Pashinyan called on the international community to keep Turkey from interfering in the Karabakh conflict.

“A new factor is that this year Turkey's support for Azerbaijan is much more open than ever before. Russia, despite its military alliance with Armenia, is much more ambiguous in its position due to its close relationship with Azerbaijan, ”said British analyst Tom de Waal, senior fellow at the Carnegie Center.

In his opinion, a decisive initiative is now required from France, the United States and Russia - the co-chairs of the OSCE Minsk Group - in order to stop the violence.

The Russian Foreign Ministry, in an official statement published on the agency's website, called on the parties to immediately cease fire and begin negotiations in order to stabilize the situation.

Spokesman for the Collective Security Treaty Organization (CSTO) Vladimir Zainetdinov said in an interview with RIA Novosti that the ceasefire regime should be restored in Nagorno-Karabakh.

“We believe that this conflict should be resolved only peacefully. For this there is an existing internationally recognized mechanism - the OSCE Minsk Group, which is engaged in the settlement of the conflict, ”the agency quotes the press secretary.

“On behalf of the Council of Europe, I call on the authorities of our two member states to do everything possible to protect human lives and not to enter into military conflict. Every effort must be made to stop the escalation, ”said Maria Pejcinovic-Buric.

“The United States strongly condemns the escalation of violence. Deputy Secretary of State (Stephen) Bigan called Azerbaijani Foreign Minister Jeyhun Bayramov and Armenian Foreign Minister Zohrab Mnatsakyan and called on both sides to immediately end the violence, use existing lines of direct communication between them to avoid further escalation and avoid useless rhetoric and actions that further exacerbate tensions on the ground, ”the US State Department said in a statement released Sunday night.

During Sunday Mass at the Vatican, Pope Francis called on those gathered in St. Peter's Square to pray with him for peace in the Caucasus.

“I pray for peace in the Caucasus and ask the conflicting parties to make concrete gestures of goodwill and brotherhood, which can lead to solving problems not through the use of force and weapons, but through dialogue and negotiations,” Pope Francis said.

On the subject: Clashes between Armenians and Azerbaijanis in the USA and around the world

There are many Catholics among Armenians who belong to the Armenian Catholic Church, which recognizes the primacy of the Pope.

“Peace in the region will be restored if Armenia stops attacks against Azerbaijan in occupied Nagorno-Karabakh,” Turkish President Recep Tayyip Erdogan said on Monday.

US warned foreign forces against meddling in conflict

The US State Department expressed deep concern over “large-scale hostilities along the demarcation line in the Nagorno-Karabakh conflict zone, which resulted in numerous casualties, including among the civilian population. We express our condolences to the families of those killed and wounded, ”the State Department said in a statement. "Voice of America".

“The United States strongly condemns this escalation of violence. Deputy Secretary of State Bigen called Azerbaijani Foreign Minister Jeyhun Bayramov and Armenian Foreign Minister Zohrab Mnatsakanyan and called on both sides to immediately end hostilities, use the existing direct communication channels between the sides to avoid further escalation and avoid rhetoric and actions that further exacerbate the situation on the ground. events ”.

The official statement from the US foreign agency also emphasizes that "the United States is convinced that participation in the escalation of violence by outside parties will be deeply harmful and will only increase regional tensions."

The United States called on Armenia and Azerbaijan to work within the framework of the Minsk Group and return to the negotiating table. The United States is the co-chair of the OSCE Minsk Group. Washington promises to help the parties reach a peaceful and lasting solution to the conflict.

Conflict on the border of Armenia and Azerbaijan: will there be a war and what does Russia have to do with it