Home Our people American athletes cooked borscht and buckwheat for their Russian colleagues: it didn't work out very well

American athletes cooked borscht and buckwheat for their Russian colleagues: it didn't work out very well

In Connecticut, the Connecticut Huskies hockey team decided to cook Russian dishes for the Russian-speaking team members. What came of it, said the publication Meduza. 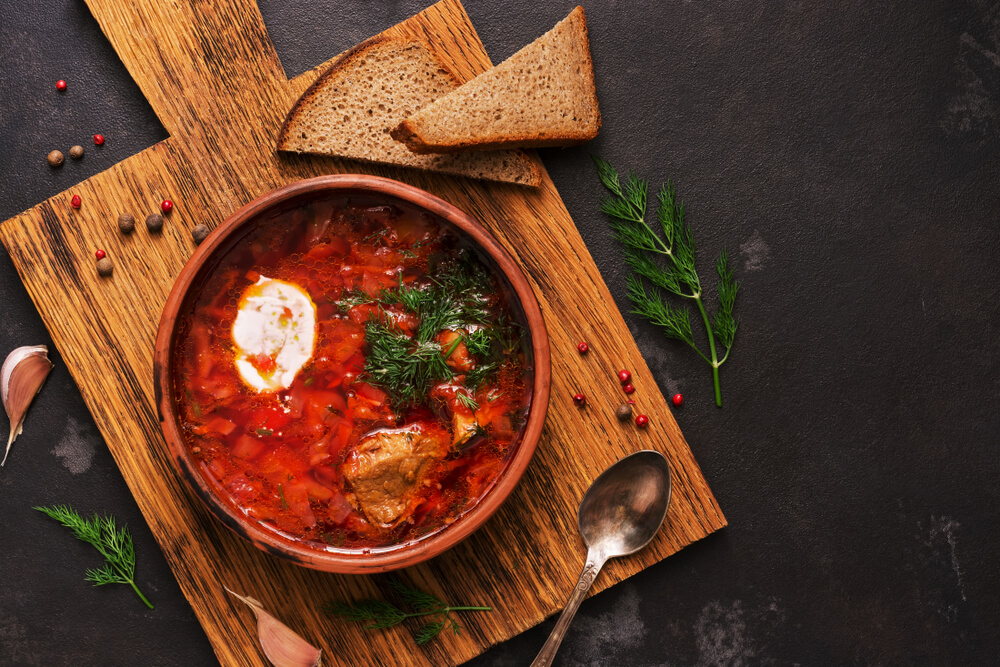 Forward Vladislav Firstov, defender Yan Kuznetsov and Ruslan Iskhakov missed Russian cuisine, so their colleagues decided to pamper the athletes with their own dishes.

“We've been here for almost a year,” said freshman Kuznetsov. - There are no Russian restaurants in Storrs. You can't get Russian food anywhere else, ”writes Theuconnblog.

“Last year, David Benedict had a speaker who told us about diversity,” said team member Cavanaugh. “He said,“ If you have children of different nationalities on your team, have you ever thought about trying to invest and explore their culture and what they are? ”

On the subject: The battle for borscht and the hummus war: how countries argue over national dishes

“Chicken Kiev has become a hit,” writes the team's blog post. "Firstov, Kuznetsov and the coaches agreed that this was the best dish."

“I really liked the chicken cutlets,” said Kuznetsov. "It was really like Russia."

The video shows that the Kiev cutlets turned out to be quite successful, but the borscht did not come out very well - a little thick. It seems that the cooks of the team did not cope with buckwheat very well either. But the hockey players did not complain.

“The borscht was pretty good. True, there should be a little more liquid in it, ”Kuznetsov tactfully remarked after lunch.

"It's so great to eat Russian food here!" - Vladislav Firstov said, but did not praise any specific dishes.

Before sitting down to the table, the athlete admitted that he really misses soups, since they are rarely prepared in the States. Soup is one of the staple foods.

“You fly home and eat soup every day because you miss the soup,” Firstov said. "There is no Russian soup in the USA."

Firstov and Kuznetsov speak almost fluent English and contribute to the team, but adjusting to cultural change remains a challenge. Being able to get a taste of home and share their culture with teammates was, according to the hockey players, an enjoyable experience.

'This is a dream come true': how the invention of a Ukrainian woman attracted star investors in the USA