Home World 'Land of the immortals': scientists have found out why the inhabitants of the Japanese island live long and almost never get sick

The inhabitants of the Japanese "Island of the Immortals" may have discovered the secret of longevity. How their lifestyle affects their health BGR. 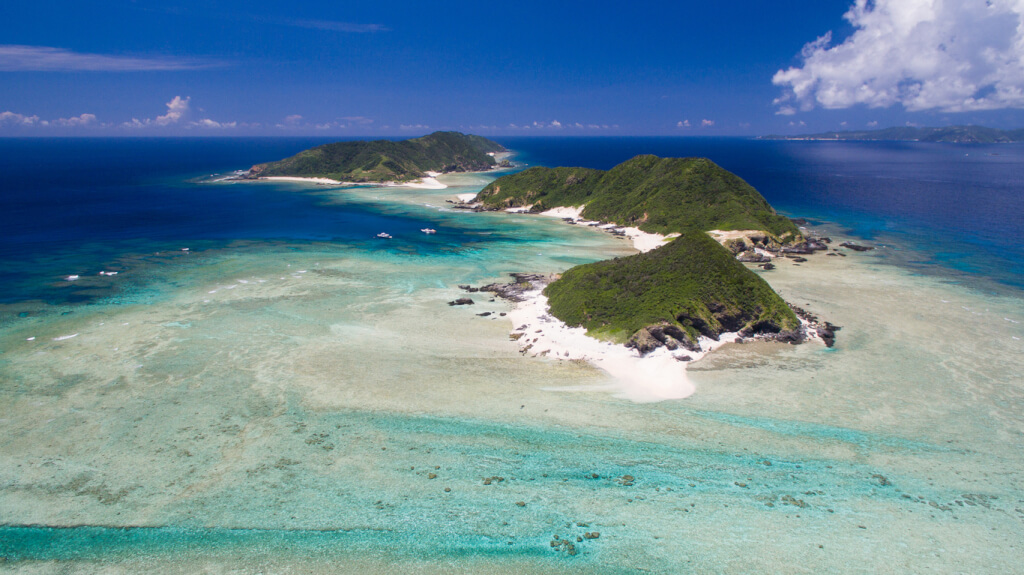 Okinawa is located in the East China Sea, between the Japanese mainland and Taiwan. This place is called the "Island of the Immortals" or "Land of the Immortals". Aside from the sheer beauty, the average life expectancy on the island is 5-11 years longer than in the United States. And the environment may have more to do with it than we think.

According to the Japanese Ministry of Health, Labor and Welfare, the average life expectancy for women on the island is 90 years and for men 84 years. In addition, older people on the island tend to be less likely to develop diseases such as coronary heart disease, stroke or cancer. So it really seems like they have found the secret to a long life.

More than 400 centenarians live on the island, who managed to cross the centennial milestone, reports TSN. Despite their advanced age, they are quite capable of taking care of themselves and lead an active lifestyle.

On the subject: Incredible places in the USA that seem to take you to another planet

Other "senile" illnesses, such as dementia, are also rare, according to Unilad. Of course, researchers aren't sure what exactly makes the island's inhabitants live longer. There seems to be some age-related phenomena associated with the island's positive aging process. The researchers also noted that many of the islanders were lean, had low rates of chronic disease, and had high energy levels.

Another study by scientists showed that the genetic composition of the inhabitants also helps prevent autoimmune diseases. It also seems to prevent inflammatory diseases.

It turned out that compared with the centenarians of other countries, Okinawans show better cognitive abilities, are in better physical shape, understand the language better and resort to self-expression.
There are also no cases of Alzheimer's disease or other neurodegenerative disorders among Okinawans.

However, this seems to be lost if the islander moves to a new location and changes their lifestyle. The food and lifestyle of the islanders may be part of the secret to longevity.

According to the Okinawans themselves, they owe their longevity to two factors that in Japanese sound like “ikigai” (ikigai) and “moai” (moai).

Ikigai, loosely translated, means “a sense of purpose in life.” If you depict it as a Venn diagram, then this will be the point at which the answers to the question intersect: What do you like to do? What are you good at? What can you get paid for? What does the world need now?

In other words, it is motivation, or what makes a person get out of bed every day. It is individual for each person. It can be as faithful to your friends, cooking, scientific activities and writing, as well as fighting climate change, helping neighbors and the like.
When a person finds his "ikigai", he devotes his whole life to it. If in the USA people retire at the age of about 65 and stop working, then the Japanese do not even have such a concept as “pension”. They are constantly doing what they love.

In turn, “moai” means a community of like-minded people who help bring “ikigai” to life and look after each other.

It is also known that the elderly on the island of Okinawa lead an active lifestyle. They spend an average of 9-12 hours a day in the open air - farming, plowing the land, climbing trees on their own to pick fruits from them, training in the park in the art of fighting Taijiquan (a type of wushu), riding motorcycles and play sports games.

One important aspect of islander life that researchers have focused on is the cultural practice known as "Hara Hachi Bu". During the practice of Hara Hachi Bu, the islanders only eat until they are about 80 percent full. Thus, they do not allow themselves to overeat.

The fact is that a person feels that he is full only 20 minutes after eating, so he can accidentally eat a few hundred extra calories.

This means lower calorie intake and fewer "free radicals" in their digestive system.

Free radicals are unstable oxygen molecules with free electronics. They are often formed as a result of natural processes within the cell. However, stress, diet, alcohol, smoking, and even exercise can also cause free radicals to form. Eating less food can help control free radicals, but is this the secret to a longer life? It's not clear.

Craig Wilcox, author of The Okinawa Program, notes that islanders typically eat seven different fruits and vegetables and up to 18 different foods per day. In general, their diet consists of more than 200 products.

The Okinawan diet is also extremely low in fat, high in carbohydrates, and 96% plant-based. The main foods that it includes are fish, soybeans, green vegetables, sweet potatoes, pork, seaweed, goya (bitter green melon) and tomatoes. From drinks, the inhabitants of the island love unsweetened green tea.

Sweet potatoes are eaten on the island. Interestingly, rice is popular in much of Japan. Sweet potato is considered food for the poor there, although in fact it is much healthier and cheaper. On average, Okinawans consume 80% less salt than their compatriots. They also eat significantly less meat and grains.

Despite this somewhat idealistic picture, scientists note that future generations of Okinawans may not share the longevity of their parents and grandparents.

The culture of the Japanese is increasingly influenced by the culture of the West. Because of this, the diet of young islanders becomes richer in protein and saturated fatty acids. But there is less fish and soy in their diet, and more meat and fast food.

The changes have already affected those residents of the island who were born after the Second World War - they have significantly more health problems than the previous generation. Elderly people are highly respected in Okinawa, but those who live to a hundred are gradually becoming less and less.

What we do know for sure is that the Okinawans live a strict lifestyle that seems to benefit their health immensely. Thus, they can live much longer than other people in the world. However, it remains to be seen if this longevity secret will work off the island.