Home Educational program She kills 97% of patients, but she spared him: a guy from Florida survived an infection with a brain-eating amoeba

Florida student Sebastian Deleon said he lost most of his motor skills after contracting a deadly brain-eating amoeba while swimming in a stagnant pond. New York Post. 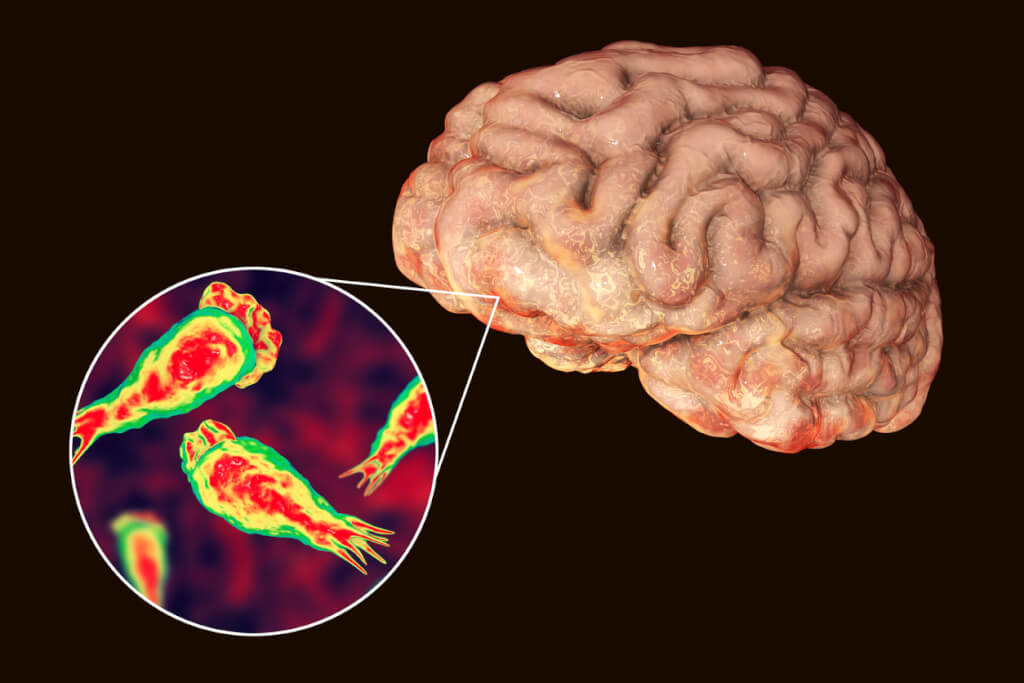 "This was hard. I had to, for example, learn to walk again, write again, do all the basic things again,” 22-year-old Sebastian Deleon told Click Orlando about his heartbreaking story.

The Weston native is one of four people - out of 154 reported cases - who survived after being infected with Fowler's negleria, a deadly brain-eating amoeba causing nationwide panic. This insidious creature enters swimmers' noses and invades their brains, infecting them with primary amoebic meningoencephalitis, a condition that is 97% fatal, according to the Centers for Disease Control and Prevention.

On the subject: Brain-eating amoeba: where infection is most common and who is at risk

Although this microscopic monster is found all over the world, it predominantly lives in warm fresh water such as lakes, rivers and hot springs and can even spawn in poorly maintained pools. It cannot survive in salt water and cannot be passed from one person to another.

Deleon reportedly contracted the parasite six years ago when he was 16 and was swimming in a stagnant pond near his home in Broward County.

“I went by, I think, three or two times,” said DeLeon, who had not heard of the parasite at the time. “I jumped into the water and I didn’t close my nose.”

Deleon thought nothing of it until he experienced an excruciating headache while on vacation with his parents, Rafael DeLeon and Brunilda Gonzalez, in Orlando.

“This headache was different,” he said. “It was more like the description I kept repeating in the hospital – it felt like there was a smooth stone on my head and someone was pushing it down.”

Deleon added: "I couldn't stand up, I couldn't move and all that, so my parents said, 'There's something wrong with that boy.'

He likened the feeling to "a roller coaster going around and I had to wear sunglasses and the sun didn't even come out."

DeLeon's parents subsequently rushed their son to the hospital, where doctors initially suspected he had meningitis, Click Orlando reports. However, a lumbar puncture revealed that he had the aforementioned water-borne amoeba, which medics suspected entered his head through his nose.

Fearing the worst, doctors injected the patient with several different antibiotics, including the new drug Impavido, before putting him in a coma for about a week, according to the Daily Mail. During this time, the poor boy suffered severe brain damage and lost about 10 kg.

Deleon's health began to improve incredibly and he was transferred to the Joe DiMaggio Children's Rehabilitation Center, where nurses helped him regain his ability to walk up and down stairs and improve his muscle strength so he could lift over 2,5kg.

Since then, Deleon has recovered quickly, which doctors considered a miracle, considering that half of patients with naegleria fowleri do not live beyond five days, regardless of treatment. He is currently attending college and studying criminal justice.
“Wow, this is truly a miracle,” Deleon said of the 2016 Amoeba Summit hosted by the Jordan Smelsky Foundation for Amoeba Awareness.

Many experts say the patient survived because he took Impavido, an experimental drug from Germany that was also administered to two other survivors.

“From the start, we felt optimistic because we knew this was the first time that a patient received medication while conscious,” Todd McLaughlan, CEO of Orlando-based Profounda Inc., Impavido’s sole distributor in the country, told Click Orlando. USA. .

He added: “The most important thing is the correct diagnosis, and the second is speed: make sure you get this medicine to them as quickly as possible. Think of treatment as you would after a severe car accident or a severe traumatic brain injury. This is necessary so that the brain does not swell.

Deleon ultimately hopes his story can spread the word about an insidious disease that a 13-year-old boy in Port Charlotte, Florida contracted last month.

“We should probably do more research on this because there is no reason why a child should go into the pond and be afraid that he might get something that we barely know what to do with,” Deleon said. “I really think we should spread more information about this because no one, almost no one knows about it, and yet it is so fatal.”

The amoeba may have spread due to climate change.

Rising temperatures are creating ideal conditions for amoebas to increasingly thrive in northern US waters, scientists say. Just last month, a Missouri woman died of an amoeba infection while swimming on a beach in Iowa.

Tied up, drank alcohol and raped: the tormentor of a 12-year-old girl from Alabama turned out to be her mother's boyfriend