Home In the U.S. Boarded up windows instead of smart shop windows: US stores prepare for post-election pogroms

Last year, shoppers at the Magnificent Mile in Chicago waited for Louis Vuitton to unveil its quirky holiday display cases. Now those same windows are hidden behind a wall of orange-painted wood panels, says Yahoo... They boarded up shop windows in Gucci, only the color of the plywood is blue. 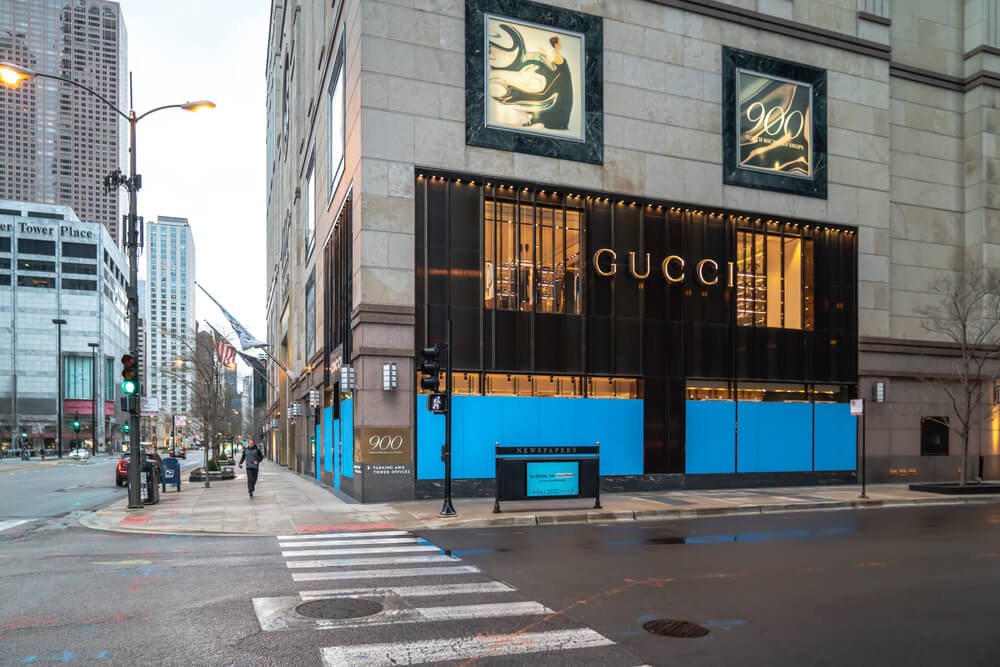 Although the stores are still open to shoppers, their windows have been boarded up after looters attacked the city's famous shopping district in the spring and summer, as protests swept over 100 U.S. cities.

As security experts warn that the US presidential election could spark a renewed civil unrest, these stores remain veneered as retailers seek to keep property and employees safe in the event of renewed street violence.

“You have to ask: do we want to be safe? Said 50-year-old Andy, owner of Vickie's nail salon. His salon in a prestigious neighborhood was hacked and robbed during the riots in August. Andy, who declined to give his full name, has kept plywood on the windows ever since. He also installs a panel on the front door during closing.

“Let's see how things turn out after the elections. If we don't feel safe, we'll have to do it every night, ”he says.

Aon Plc, the world's largest insurance broker, told Reuters that most of the retail customers it interviewed are considering nailing stores because they are concerned about election robberies. Chief Executive MaryAnn Burke said about 70% of retail customers did so during protests in May and June.

Retailers are on fire after people hit windows earlier this year, stole merchandise, and even occasionally set fire to stores in Chicago, New York, Los Angeles, Portland and other U.S. cities - often under the guise of peaceful Black Lives Matter demonstrations. which were reopened on May 25 following the killing of black George Floyd by the police.

Foot Locker said in its August 21 quarterly report that security costs were $ 18 million due to "recent social unrest." Marauders target sneaker sellers like Foot Locker because their goods are easy to take away and turn into cash.

US President Donald Trump said he would agree to a peaceful transfer of power if he loses the presidential election on November 3 to rival Democrat Joe Biden (before that, the current leader did not give a direct answer to this question). But Trump continued to claim vote rigging and question the integrity of the election.

“Companies operating in the US must anticipate that the risk of social unrest and political violence will remain elevated before, during and after the upcoming presidential elections,” wrote Jonathan Wood, lead analyst at consultancy Control Risks, in a recent assessment.

“It would be silly to think that the worst is over. We all watch the news, ”said Bob Moraka, director of Rock Security Group and former vice president of the National Retail Federation of Loss Prevention.

Riot Glass founder Brad Campbell said the safety glass maker and subsidiary that installs reinforced windows are in a rush to complete work in hundreds of US stores.

“Everyone wants something to be done before the election,” Campbell said.

On the subject: 'She went out for bread - got to protest': how a Russian-speaking immigrant witnessed the riots

How the pandemic changed the housing market: where and why Americans are moving