Home In the U.S. The city center was destroyed and the police were wounded: a new wave of riots swept across Chicago

According to authorities, hundreds of people swept through the streets of Chicago overnight, injuring police officers, smashing shop windows, looting and damaging property after police shot a man they said was armed. The riots led to the closure of streets, especially in the Chicago Loop, downtown, writes NBC News. 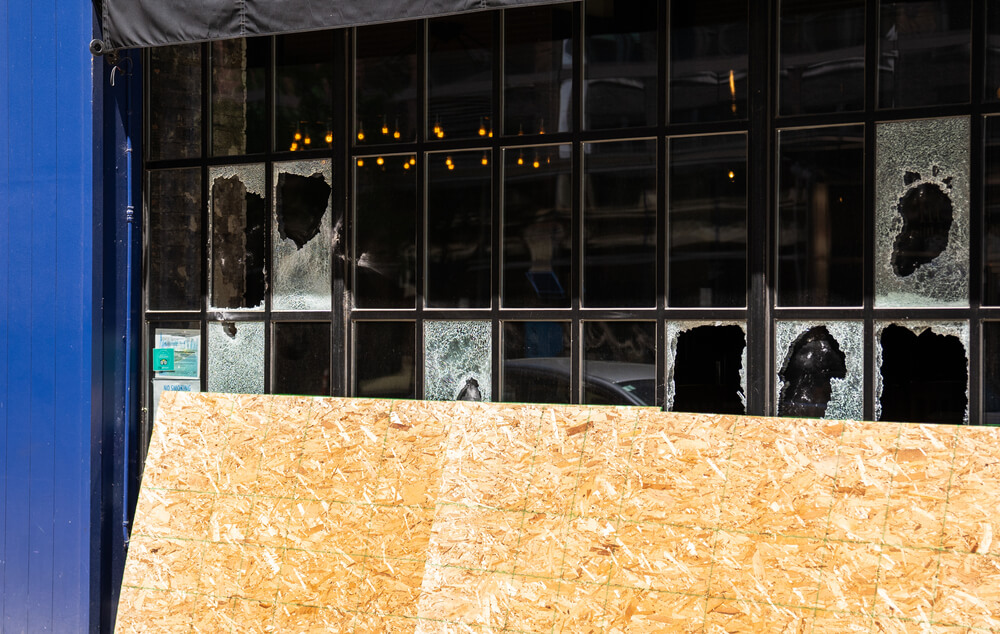 As Chicago Police Superintendent David Brown said at a press conference on Monday morning, August 10, more than 100 people were arrested and 13 officers were injured.

“It was not an organized protest. It was an incident of pure crime, ”Brown said. “The criminals took to the streets with the confidence that their actions would not have any consequences. I refuse to allow these cowardly actions to hold our city hostage. "

“We woke up in shock this morning,” Lightfoot said on the morning of August 10. "It was demeaning criminal behavior ... This is an outright criminal offense."

According to the city's police department, the shooting occurred on Sunday afternoon, August 9, when the police answered a call about a man with a gun. The officers said they were trying to confront a man who fled by shooting at the police.

Two officers returned fire and wounded a 20-year-old man. He was identified as a man who had been previously arrested four times for burglary, child threat and domestic violence. He was taken to a hospital where he was in stable condition, according to the Civilian Police Accountability Office, which is investigating the shooting.

Police said firearms were found at the scene and three police officers were hospitalized.

Brown said that "anger flared at the misinformation about the shooting." According to him, the police began to notice messages on social networks calling for looting, and later, at about 00:20, they left for a call about the riots.

Among the wounded officers, Brown said, was a sergeant who was hit with a bottle and another who had a broken nose. Details about the specific injuries of other officers are still being collected, said Thomas Ahern, deputy director of news and communications for the Chicago Police Department.

Brown said some police officers were also fired upon by people passing by in a car, and a guard and a civilian were shot and taken to the hospital early in the morning.

Five weapons were found during the riots, Brown said, resulting in 149 weapons being identified by police in just a weekend.

According to the Chicago Transit Administration, trains and buses in the city center were blocked, and access to bridges was closed. Illinois police said Chicago police have asked for help blocking expressway exits at the entrances and exits to the Chicago Loop.

At least two colleges in Chicago have closed campuses in the wake of the riots, and mayor's office employees have been ordered to work from home "due to limited access to downtown."

Looting has spread from shops and other businesses in the Chicago Loop to several other neighborhoods, including River North, Streetrville, Lincoln Park, Gold Coast and South Loop, according to NBC Chicago, according to a report by NBC Chicago.

Brown said that access to the city center will be "restricted" due to the heavy police presence starting at 20:00 pm Monday and running until 6:00 am Tuesday. The department will also monitor the outer areas.

“This is a beautiful city, and the Chicago Police Department will not allow crime to destroy the hard work of generations,” Brown said.

Chicago Deputy Police Chief Yolanda Tully previously said misinformation about the age of the man who was shot caused an emotional reaction from residents.

Talley said the riots were "a direct reaction to the presence of one agitator who made everyone nervous without being fully informed," according to NBC Chicago. During a press conference, she asked people to "take a step back" to allow dialogue.

“We want to hear what they have to say,” Talley said. "Right now, in this environment, everyone treats the police in a certain way, and that is really unfair to us."

“Those who engage in criminal behavior - let's be clear - we are following you,” she said on the morning of August 19. "I don't care what excuse is used, there is no excuse for criminal behavior."

“Our citizens deserve safety,” she added. "Our officers deserve to be able to do their job without worrying about being shot."

The clashes come amid a surge in gun violence in Chicago this year. Brown said there were 31 shooting incidents over the weekend, including three murders. Over the past week, 9 police officers have received gunshot wounds.