Home loudspeakers 'She went out for bread - got to the protest': how a Russian-speaking immigrant witnessed the riots

'She went out for bread - got to the protest': how a Russian-speaking immigrant witnessed the riots

At 14:00 I went out for bread, tomatoes and cheese. We have introduced a curfew - from 18:00 to 06:00 you need to be at home. The police can detain for violating this rule, which is completely legal. 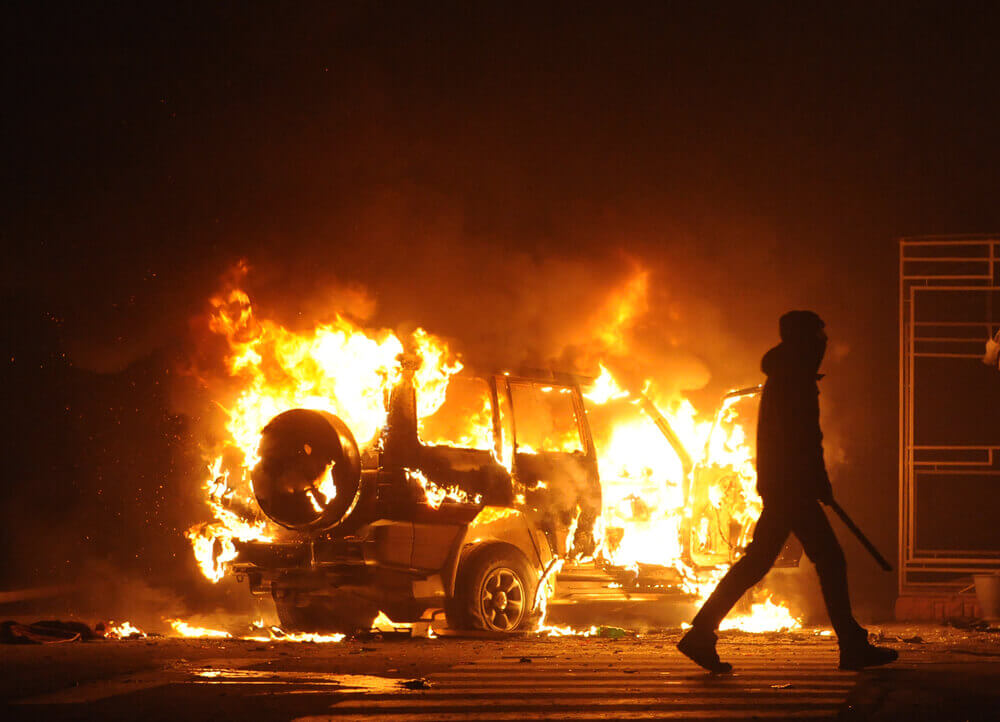 I did not leave the house for a day. During this time, the streets have changed beyond recognition. The shining, once beckoning shop windows clothed in pieces of wood.

At the supermarket, as usual, the line: let a limited number of people. I go out with purchases to the destination literally five minutes.

Suddenly I hear a strong roar of the crowd. Cars disappeared from the road. Instead, there is a huge crowd. Buzzing, noisy.

Whites, African Americans, Hispanics, Asians, Filipinos - this crowd is the United States, uniting people from all over the world. Hundreds of people continue their protest against the brutality of a policeman, in support of blacks. A guy on a skateboard sweeps beside me.

On the subject: Pentagon, generals and former presidents condemn Trump's reaction to US protests

This is the fifth day of protests in Los Angeles, California. Unfortunately, on weekends, looters joined the peaceful protesters in the evening, staging pogroms in stores: from grocery stores to luxury boutiques.

Now people are walking quietly down the street. Yes, slogans shout into megaphones, but otherwise everything is civil. What surprises me the most about these events is solidarity.

The fact that people just take to the streets, and so many days in a row. The situation occurred in Minneapolis, and protests are taking place in almost all states. I notice that rallies are very familiar to Americans, be it disagreement with the mayor’s actions or a desire to protect nature.

This protest was accompanied by police cars and motorcycles. Closing the crowd, several helicopters circled in the sky. After that, people went home. Roads filled the roads again, life flowed again. I want to believe that violence will not give rise to more violence.

'They took everything from us': protesters in California ransacked a cult store