Main page In the U.S. In the United States, a passenger plane meets a mysterious flying object in the sky

Those aboard an American Airlines flight from Cincinnati to Phoenix on February 22 saw what the pilot described as a fast moving "long cylindrical object" during the flight. The Daily Mail. 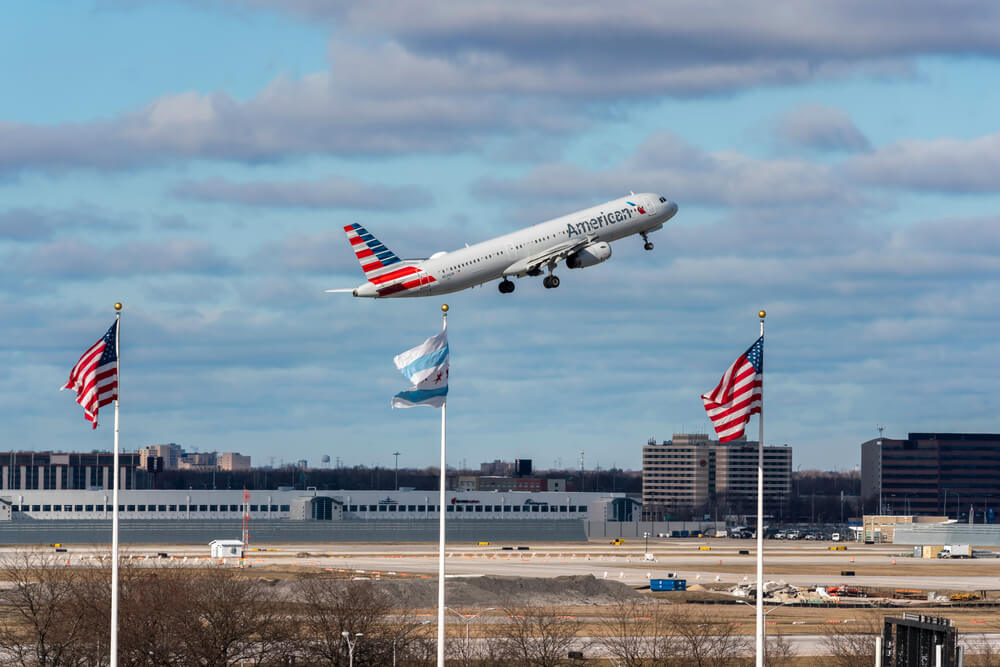 According to The Drive, the meeting, which took place 36 feet (000 meters) above remote northeastern New Mexico, west of Des Moines, involved an Airbus A10 on Flight AA972.

In a radio broadcast allegedly intercepted by Steve Douglas, who maintains the Deep Black Horizon blog, the pilot can be heard saying to Albuquerque Air Traffic Control: “Do you have any targets here? We just got out of control. I hate to say it, but it was like a long cylindrical object that almost looked like something like a cruise missile - it was moving very quickly right above us. "

There was no significant military aircraft presence in the area at the time, Douglas said, and it was reported that it was at around 13:00 local time.

This meeting has much in common with another incident in the same area just under three years ago. Then two pilots on different planes - Learjet and Airbus - reported a close encounter with a mysterious object flying over them.

Observations occurred at intervals of several minutes on February 24, 2018 at 37 feet (000 meters) above southern Arizona, near New Mexico.

The pilot of Phoenix Air's Learjet 36, hull number N71PG, reported the initial sighting, telling air traffic control: "Was there anyone who flew over us 30 seconds ago?"

On the subject: Flew fast, fell into the ocean: Hawaiians filmed a giant UFO

When the controller said no, the pilot laughed, insisting that it was a UFO.

“I don’t know what it was, it was not a plane, but it was… it was moving in the opposite direction,” the pilot continued.

Moments later, the pilot of American Airlines Flight 1095 reported a similar encounter, stating, “Yes, something just flew over us, I don't know what it was. But he was at least two to three thousand feet (600-900 meters) taller than us. Yes, it went right over us. "

When asked if the object was moving or hovering, the pilot replied, “I couldn't make out if it was a balloon or something else. But it was really just a shining light, or it could have had a large reflection and was several thousand feet taller than us in the opposite direction. "

This pilot, Blenus Green, later told local media, “It was very bright, but not so bright that you couldn't look at it ... It didn't look like an airplane. You know, on most aircraft you will see some kind of wing surface, some type of tail, no matter what kind of plane it is. The strange thing is: usually, if there is an object and the sun is shining in this direction, the reflection will be on this side, but it was bright in all directions. It was so bright that it was impossible to make out what shape it was. "

The pilot's description of the object coincides with information on a number of encounters with anomalous objects off the east coast, which have occurred, according to the reports of the US Navy pilots, over the past 15 years.

Many of these encounters were revealed in a 2019 New York Times report, in which Navy pilots first spoke of how strange objects appear in their training airspace, sometimes all day long, challenging known propulsion and aerodynamic capabilities.

What the pilots of Flight 2292 AA may have seen on February 21 remains unclear.

According to The Drive, the incident took place not too far from the vast White Sands missile range, and in New Mexico itself there are a number of military installations and restricted areas.

The likelihood that the missile could "fly out of the armor" during testing or any other military exercise is low, since the pilots would be notified in advance of any such safety threat.

The incident also took place close to the MOA, but the pilots would again be warned in advance.