Home culture In the USA, flying cars began to be sold: how much they cost and how they work

In the USA, flying cars began to be sold: how much they cost and how they work

Soon you will be able to fly to work in a $92 car that can reach speeds of up to 000 km per hour, according to Insider. 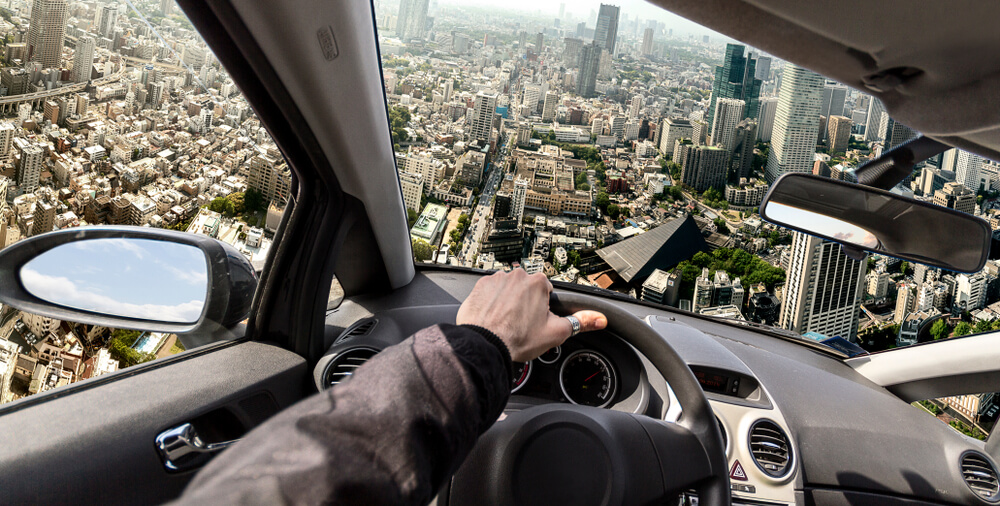 The electric car can work for 20 minutes on a single charge.

According to Jetson CEO Peter Ternstrom, their main goal is not to create another air taxi. They want to give their customers plenty of fun and assure that you can learn how to drive their electric car in just 5 minutes. Hi-news... Judging by the description, the aircraft is as easy to learn as a jet ski or scooter. At the same time, it is safe, because it has several systems for protecting the pilot from injury at once.

The design is made in the form of a cabin for one person with four "shoulders" on the sides. At the end of each arm are two electric motors with large propellers. The Jetson One is a buggy frame made of aluminum and carbon fiber. The mass of the device is 86 kilograms, and it can fit a pilot weighing no more than 95 kilograms. The maximum speed of the car is 102 kilometers per hour, but this figure is limited by the software. If you remove this restriction, the aircraft is able to move even faster. So, at least, say the developers.

Racks with engines and propellers can be folded, so in the garage a flying electric car will take up about the same amount of space as a conventional motorcycle.

On the subject: You can allow Tesla autopilot to violate traffic rules: this is in the settings

Companies are always looking for new market niches and flying cars will quickly become the next big thing.

There are plans for cars that fly and drive on the road, as well as projects for flying taxis, which will be the basis of future travel. Jetson is one such company.

The company aims to "make the sky accessible to all with our safe personal electric aircraft," as stated on its website.

Jetson One has a top speed of 102 km/h thanks to eight 102 horsepower electric motors. The machine can work continuously for 20 minutes.

The car is capable of taking off vertically and staying in the air, although the company doesn't specify a maximum height for it.

The developers paid a lot of attention to the safety of the pilot. While a person controls the aircraft using the joystick and thrust control lever, special sensors check the surrounding area for obstacles. If the on-board computer suddenly fails or an error occurs in it, it will be replaced by a backup copy - there are three in total. In the event of a failure of one of the screws, the remaining three will be able to support the flight. And if a fall cannot be avoided, the device will automatically release a parachute so that the pilot's landing is as soft as possible. The flight altitude of the device should be up to 10 meters.

The chassis of the machine was inspired by the same technology used in racing cars.

One battery charge is enough for 20 minutes of flight. Based on this, it follows that even with a strong desire, the owners will not be able to fly too far by car. The company took good care of the health of the pilot, but did not ensure the safety of those around him. If you use an electric car in a public place, there is a risk that someone will get too close to the device while the propellers are working. In this case, he will obviously not be in trouble - spinning screws can cause serious injuries. Therefore, it will definitely not work to show off on Jetson ONE in crowded places.
Jetson One's first flying car is already on sale. You can purchase it anywhere in the world.

The Jetson ONE electric car is priced at $92. At the moment, the manufacturer wants to release only 12 devices - they will go to customers in 2022. Since the number of aircraft is limited, strict requirements are put forward for buyers. They are required to constantly participate in the life of the project and, preferably, still have a pilot's license. Also, buyers will need engineering skills, because the aircraft will have to be assembled in parts. But the developers assure that the constructor will not be complicated.

The electric cars are already sold out for 2022, but Jetson has additional deliveries planned for 2023. If you are interested, you can reserve it online with a deposit of $22.

In the US, they created a supervaccine against COVID-19: it protects against all known and even future strains of coronavirus