Home In the U.S. December inflation in the United States has broken a record in 40 years 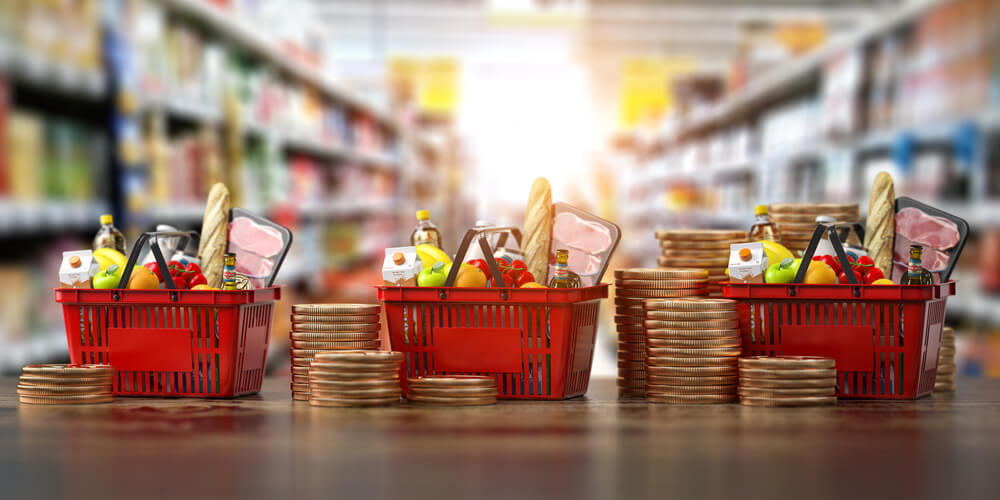 The consumer price index rose 7% in December from a year ago, according to a new Labor Department report released on January 12, the fastest rise since June 1982, when inflation reached 7,1%. The CPI, which measures a variety of commodities, from gasoline and health care to food and rent, jumped 0,5% in the month since November.

Economists had expected the index to show a 7% increase in prices in December over the same period last year and 0,4% over the previous month.

On the subject: 'It's like a Soviet store in 1981': empty shelves in America's supermarkets shock shoppers

So-called benchmark prices, which exclude more volatile food and energy figures, rose 5,5% in December from the previous year - a sharp increase from November when they rose 4,9%. It was the sharpest 12-month rise since 1991.

Price increases were widespread: while energy prices fell 1,1% in December from the previous month, they were still up 29,3% from a year ago. Gasoline costs on average 49,6% more than last year. Food prices also rose 6,3% year-over-year, while prices for used cars and trucks, the main component of inflation, rose 37,3%. Housing spending, which accounts for nearly one-third of the total, jumped 0,4% month-on-month and 4,1% year-on-year, the fastest pace since February 2007.

“Inflation at 7% is no joke,” said Seema Shah, chief strategist at Principal Global Investors. "This is the highest annual CPI since 1982, and it is not driven by energy prices, but by virtually everything else."

While Shah said the December figure could herald a peak in annual inflation amid signs of easing supply tensions, other experts suggested that the widespread adoption of the omicron option could create new challenges for the global supply chain.

Rising inflation is eating away at the high incomes and wages that American workers have seen in recent months: Real average hourly wages rose just 0,1% in December as a 0,5% rise in inflation eroded overall wage gains 0,6% , according to the Labor Party. On an annualized basis, real income actually declined 2,4%.

The spike in inflation was bad news for President Biden, whose approval rating plummeted as consumer prices soared. The White House blamed the price spike on weaknesses in the supply chain and other pandemic-related economic disruptions, while Republicans blamed the president's massive spending on it.

In a statement after the release of the data, Biden touted the 0,5% drop in monthly inflation, slightly below the 0,8% rise in November, as evidence of "a significant decline in headline inflation" and a demonstration of falling food and gasoline prices.

“At the same time, this report highlights that we still have a lot of work to do as price increases are still too high and are squeezing household budgets,” the president said. – Inflation is a global problem, emerging in almost every developed country as it emerges from the economic downturn caused by the pandemic. America is lucky that we have one of the fastest growing economies.”

The shocking figure, which marked the seventh straight month in a row when the indicator was above 5%, is likely to increase pressure on the Federal Reserve to start raising interest rates as early as March to combat the recent price spike. Higher interest rates tend to lead to higher rates on consumer and business loans, which slows down the economy, forcing them to cut spending.

"The Federal Reserve is likely to raise interest rates earlier than expected to control inflation," said Dawit Kebede, senior economist at the National Association of Credit Unions. “This is in addition to the withdrawal of support for the economy in the form of large asset purchases. This will raise the cost of borrowing for consumers and reduce excess demand for goods.”

Chairman Jerome Powell has already announced plans by the US central bank to accelerate support for the US economy to combat inflation, which has turned out to be higher and longer than policymakers initially expected.

A deadly virus found in a famous chain of restaurants in Virginia: 4 people died, 50 are infected

Smartphone addiction: which apps do we spend almost a third of our lives on

Viktor Shenderovich fled Russia for fear of persecution by the authorities