Home In the U.S. In the US, you no longer need to wear masks on planes and trains: the court decided that it was illegal

In the US, you no longer need to wear masks on planes and trains: the court decided that it was illegal

The administration of US President Joe Biden will no longer require the mandatory wearing of masks in public places. This is because a federal judge in Florida ruled that the 14-month-old directive was illegal. Writes about it to Reuters. 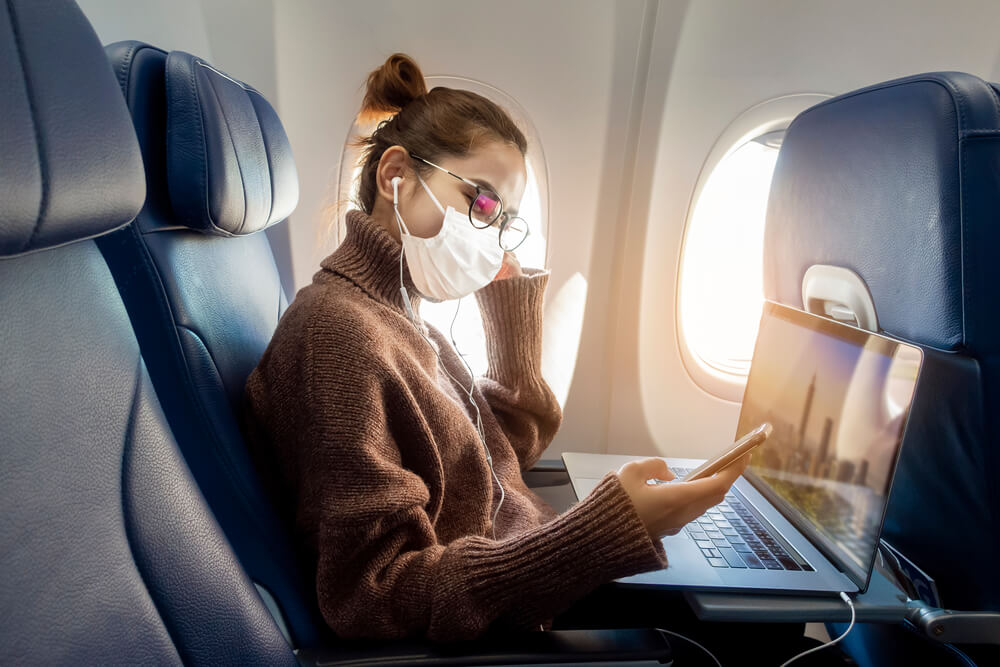 Recently, U.S. health officials extended the mandate until May 3 to require travelers to wear masks on planes, trains and taxis, ride-sharing vehicles or transit hubs, saying they need time to assess why the recent rise in COVID-19 cases is due. .

Industry groups and Republican lawmakers opposed the extension and wanted the administration to permanently end the 14-month mask-wearing mandate.

This follows a series of rulings against the Biden administration's infectious disease decisions, including demands for vaccines or tests at work.

Judge Mizell said the US Centers for Disease Control and Prevention (CDC) overstepped its authority by not seeking public comment or properly explaining its decisions.

On the subject: Attacks, threats and refusals to wear masks: what passengers on airplanes do and how they are punished for it

An administration official said that while the agencies were evaluating possible next steps, the court's decision meant that the CDC's mandate to wear masks on public transportation was no longer in effect. The administration can still appeal the decision or obtain an emergency stay of its execution.

“At this time, the Transportation Security Administration (TSA) will not enforce safety directives and emergency amendments requiring the use of masks in public transport and at transport hubs,” a spokesman said. "The CDC recommends that people continue to wear masks in enclosed areas of public transportation."

The Transportation Security Administration said it would cancel the new directives, which were due to take effect April 19.

The CDC first issued a public health order requiring the use of masks in transportation in February 2021. The TSA has issued a safety directive to enforce the decree.

“We are pleased to see the U.S. lifting the mask mandate to facilitate global travel as COVID-19 has become a normal seasonal virus,” Delta said in a statement.

Earlier this year, the World Health Organization warned against comparing the virus to an endemic disease like the flu, noting that it evolved too quickly.

The move could affect travel demand, which has skyrocketed following a surge in illnesses caused by the omicron variant of the coronavirus. U.S. passenger traffic has averaged about 89% of pre-pandemic levels since mid-February, according to TSA data.

With the number of COVID-19 cases on the rise again, the cancellation of the mandate could make some passengers wary and encourage others to fly again.

According to a Reuters/Ipsos poll from Jan. 31 to Feb. 7, only 36% of Americans think it's time for people to stop wearing masks and self-quarantine so life can get back to normal. According to the poll, just 16% of Democrats hold this view, versus a whopping 60% of Republicans who support it.

Delta CEO Ed Bastian acknowledged the risk but said the airline still expects its planes to be full.

On Monday, Delta asked its employees for "understanding and patience" as the unexpected nature of the announcement could lead to "inconsistent" execution.

According to the FAA, since January 2021, there have been a record number of incidents with unruly passengers - 7060, 70% of which are associated with the wearing of masks on board. Thousands of passengers were put on "no-fly" lists for refusing to comply.

Alaska Airlines said some passengers will remain banned even after the mask policy is lifted.

In the United States, the number of COVID-19 infections is rising again, with an average of 36 new infections and 251 deaths per day each day (averaging over seven days).

Phone, chocolate and music: experts said that it will help overcome the fear of flying