Home In the U.S. Large-scale wildfire is raging near Los Angeles: evacuation announced

The fire that rages in California and dubbed the Erbes Fire, as of Thursday evening, January 14, burned about 250 acres (more than 101 hectares) of the territory, writes Fox News. 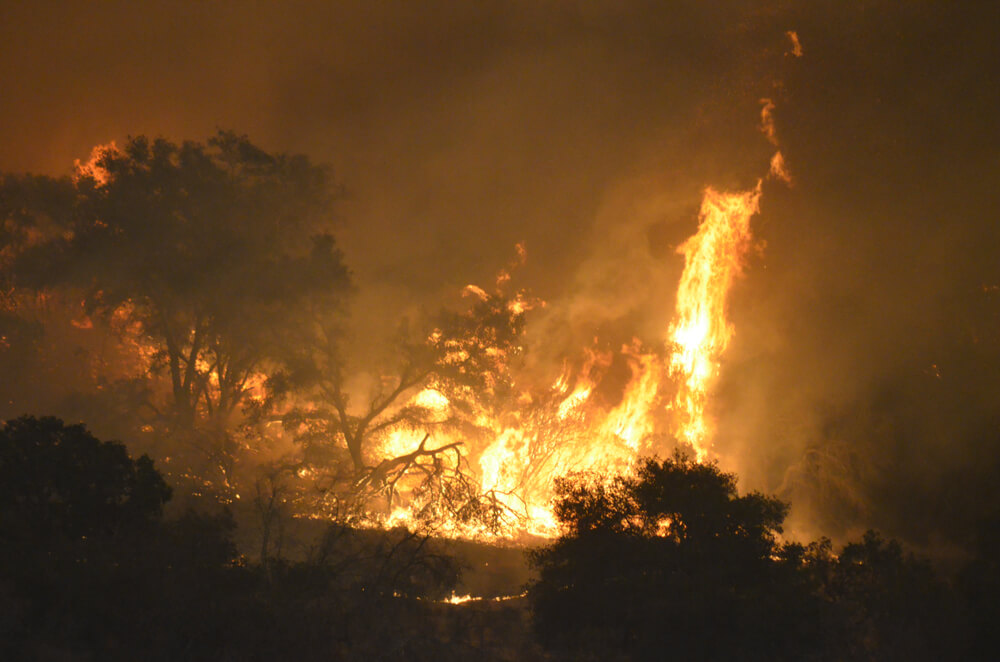 A wildfire broke out in the city of Thousand Oaks in the Los Angeles area. Authorities said the fire, dubbed the Erbes Fire, reached residential buildings as winds blowing from the northeast directed the flames towards the houses.

Scott Thompson, a spokesman for the Ventura County fire department, said the department had deployed 10 fire trucks, two bulldozers and a helicopter to combat the disaster. In addition, the Los Angeles County Fire Department dispatched a team of five fire trucks to assist rescuers in the county.

#ErbesFire; Fire is approximately 250 acres with structures and infrastructure threatened. No structures loss. @VENTURASHERIFF is working on voluntary evacs. pic.twitter.com/17Hrwndp6E

The fire broke out on the north side of Airbes Road near Sunset Hills Boulevard at around 17:00 pm local time on January 14, according to the fire department.

When the fire broke out, high winds issued warnings in Los Angeles and Ventura counties. Voluntary evacuations were in full swing in parts of Ventura County.

#ErbesFire; FF's have made good progress on the fire. Fire is approx 250 with good control lines around most of the fire. Video credit @FirePhotoVC @VCFD #vcfd pic.twitter.com/jw4gA9nNu0

Fire officials later said the brigades had been successful in fighting the fire and had containment lines built around most of the fire.

The National Weather Service (NWS) predicted wind gusts of 30-50 mph (48-80 km / h), which are expected to continue until the end of the day on Friday, January 15, authorities said. The firefighters stayed in place overnight.

Officials have yet to say what caused the fire.