Home In the U.S. US $ 10 Billion Natural Disaster Damage for Six Months: Which States Suffer Most

The National Oceanic and Atmospheric Administration (NOAA) said that by the end of June 2020, the country had registered 10 separate natural disasters with a loss of one billion dollars each, writes Fox News. 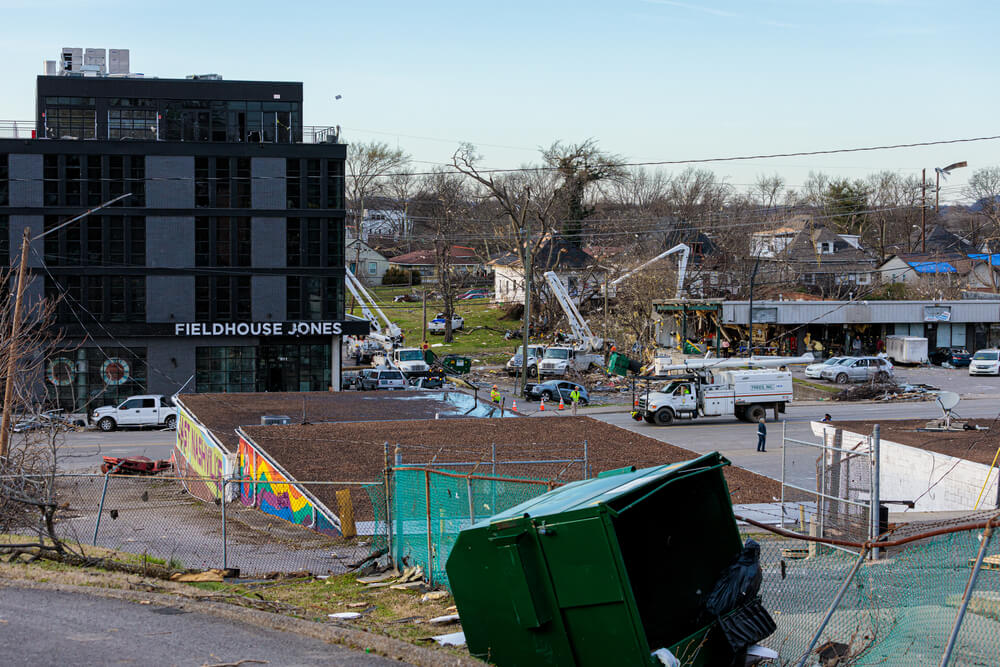 The aftermath of the Nashville tornado, March 2020. Photo: Shutterstock

“This makes 2020 the sixth calendar year in which weather events have occurred with damage of $ 10 billion or more - a new record, according to experts from the NOAA National Center for Environmental Information,” the agency said.

All 10 disasters in 2020 were due to severe storms that caused tornadoes, winds and hail in more than 30 states, from the Great Lakes to the Gulf of Mexico.

A total of 80 people died as a result of weather disasters since January.

The deadliest and largest damage, estimated at $ 3 billion, was recorded on Easter Sunday and the following Monday (April 12 and 13), when there were at least 140 tornadoes in areas from Texas to Maryland.

A total of 35 deaths were associated with a strong outbreak on April 12 and 13. The damage was extensive and very devastating for numerous homes, vehicles, and businesses in more than a dozen southeastern and eastern states.

A week after Easter, another tornado killed 4 people in Mississippi and 2 in Alabama. That same week, 7 people died after tornadoes broke through parts of Texas, Oklahoma, and Louisiana, damaging buildings and turning the semi-trailer on the interstate, resulting in $ 1,1 billion worth of damage.

A tornado and a severe outbreak in the Nashville area in early March resulted in 25 deaths and $ 2 billion in damage: numerous homes, businesses, vehicles, 90 aircraft and buildings at Nashville Airport were damaged.

So far, in 2020, storms hit mostly densely populated areas, such as the neighborhood of Nashville. Strong outbreaks of weather in the southeast have a chance of being more deadly than the weather in the plains, where people do not live so close together.

According to NOAA, 2020 is also similar to 2011 and 2016 due to 10 natural disasters during the first six months of the year, but lags behind the record year of 2017, when 11 weather disasters had already occurred by the end of June.

When considering data from 1980 to 2020, weather disasters, classified as severe storms, caused damage, accounting for about 15% of the total cost of disasters.

Tropical cyclones - hurricanes and tropical storms - caused more than 50% of the damage in material terms. An above-average hurricane season forecast could push the cost of disaster damage even higher in 2020 if the U.S. mainland is faced with severe inclement weather.

According to NOAA, in the southern, central and southeastern regions of the United States, the frequency of disasters with a billion dollars worth of damage is higher than in any other region.

The worsening drought in the West and the threat of fires at the end of this year can also increase the amount of damage from natural disasters.

California fires in recent years, especially in the fall, have also led to billions of dollars in losses.