The epidemic that hit West Virginia very much finally receded. But now another threat hangs over the state, this time not the coronavirus, but the opioids. Writes about it The Guardian. 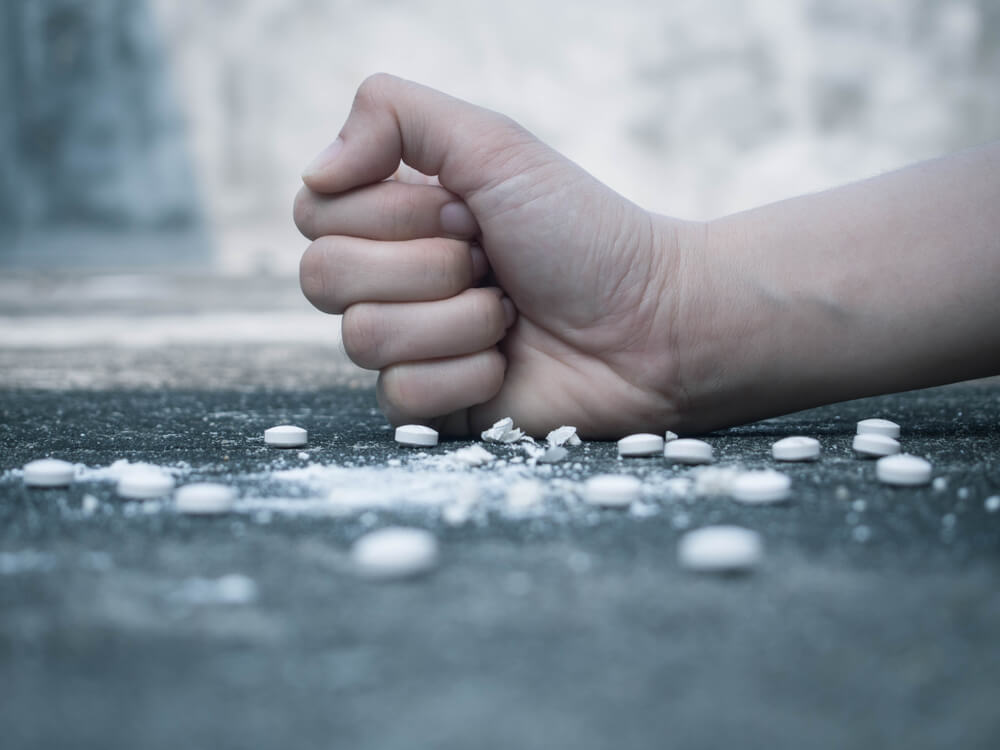 Over the past three months, COVID-19 has claimed 93 lives in West Virginia. But this is only a small part of those who died as a result of an overdose of opioids. They resulted in nearly 1000 deaths in the state in 2018 alone.

This year was better than the previous one: it seems that the state has managed to reverse the epidemic, which has ruined the region for two decades, destroying lives, destroying families and ruining the local economy.

Now, the progress made in the fight against the epidemic of opioid use, which has claimed about 600 lives in the United States over the past two decades, has been nullified by the coronavirus. Worse, he set the stage for a long-term resurgence of the epidemic, exacerbating unemployment, low incomes and isolation, which contributed to the rise in opioid use.

“The number of opioid overdoses is skyrocketing. I don’t think it will be easy to fix, ”said Dr. Mike Broomage, a former director of the West Virginia Narcotics Control Board. “Once COVID-19 finally recedes, we will be left face to face with the social conditions that allowed the opioid crisis to arise, and they will not go away.”

The pandemic also revealed what could happen when the government takes a public health emergency seriously, in contrast to the opioid epidemic, which was largely ignored, even though the death toll reached hundreds of thousands.

The American Medical Association said it was “very concerned” about reports of an increase in overdose of opioid drugs in more than 30 states, although it would take months to get reliable data.

On the subject: Economics and Opioid Mortality: Scientists Find a Clear Link

Public health officials from Kentucky to Florida, Texas, and Colorado have recorded surges in opioid mortality as the economic and social concerns posed by the COVID-19 pandemic have been fertile ground for the opioid crisis. In addition, Broomage said that a significant number of people withdrew from treatment programs because support networks were closed due to isolation orders.

“I am convinced that the opposite of addiction is not sobriety, the opposite of addiction is connection. One thing is clear: what we have lost with the pandemic is the connection, ”he said. - Many of those who used the program either did not have access to the Internet, or did not receive cellular services, especially the homeless. They just dropped out of the program. "

The revival was not unforeseen. In March, when COVID-19 escalated, US President Donald Trump warned of human casualties besides the lives that the virus would take.

“We will have a lot of suicides, but do you know what will happen more than anything else? Opioid addiction. We will see that they will begin to be used as never before. And people will die from overdoses everywhere, ”he said.

Broomage and others who spoke with the Guardian struggled to get their message across: the scale of government response to COVID-19 is needed. But they saw that mobilizing financial resources and political will to fight the virus contrasted sharply with the reaction of subsequent administrations to the opioid epidemic.

Emily Walden lost her son to an opioid overdose and now leads Fed Up! - a group that initiated a campaign to reduce the exceptionally high prescription rate for opioids in the United States.

“Congress has responded immediately to the coronavirus to help those who have lost their jobs to make sure people are being cared for and that was dealt with properly,” she said. "Look at the difference to the opioid epidemic that our federal government has ignored for 20 years."

On the subject: Study: Does Legalizing Marijuana Affect Harmonious Drug Use?

While the US government spent $ 6 trillion on the fight against coronavirus, the Trump administration allocated just $ 6 billion to directly address the problem of opioid dependence during the first two years of his tenure, although approximately as many people died from an overdose of opioids during that period. how many are now dying from COVID-19.

Brumage said federal medical institutions have turned their attention to coronavirus, including freezing a $ 1 billion research project to find a less addictive treatment for pain.

He explains the difference in reaction in part by the attitude to the problem of drug addiction.

“The difference between contracting the coronavirus and dying from an overdose is the stigma surrounding opioid and drug use. This is ingrained throughout the United States: people who use drugs like antidepressants are somehow perceived as morally unbalanced, so it is easier for society to alienate these people, ”he said.

Walden does not accept this explanation. Like many whose families have been affected by opioids, she sees a personal and social disaster perpetuated by the financial and political power of the pharmaceutical industry, leading to exceptionally high rates of opioid use in the United States, which were a major contributor to the addiction epidemic.

Dr. Rayford Brown, a former chairman of the Opioid Advisory Committee at the Food and Drug Administration, has long been a critic of the pharmaceutical industry's influence on opioid health policies and the government’s response to the epidemic. He sees a parallel with coronavirus in that the United States, under pressure from corporations, cancels social distance orders too early.

“The United States is not doing very well in public health,” said Dr. Brown. “They failed the opioid test and failed the viral pandemics test. But coronavirus and pandemics, as well as phenomena such as the opioid crisis, are much more likely and dangerous than the Russians or the Chinese. "

Every year, hundreds of Californians resort to euthanasia: what caused the adoption of the law