US prices are growing at the fastest pace since 2008, as shown by a key index released on May 28 - an increase that will undoubtedly keep inflation at the center of economic and political debate. The New York Times. 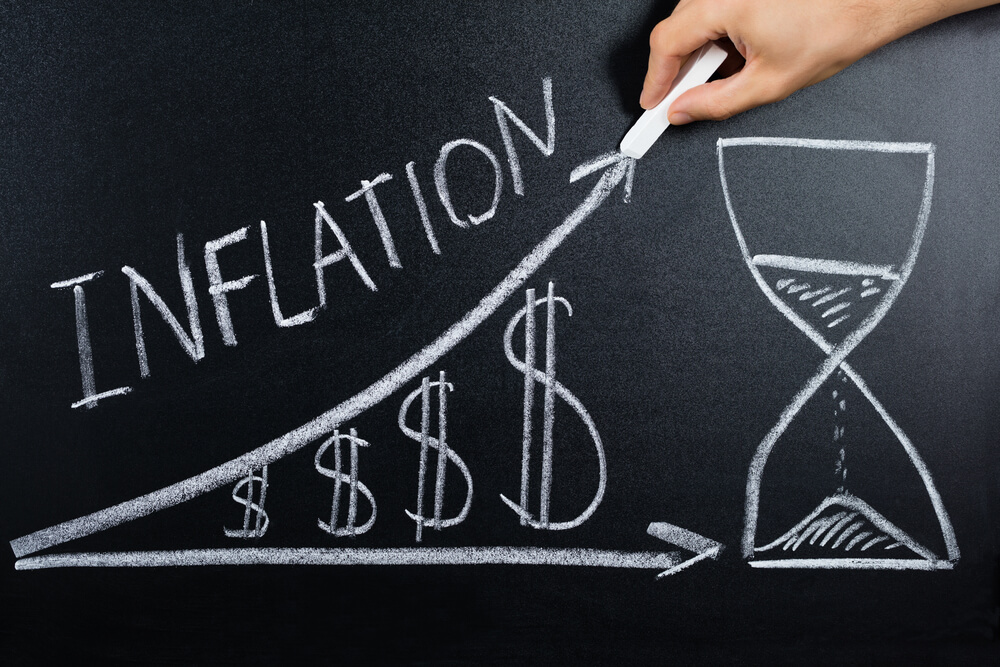 The Bureau of Economic Analysis's personal consumption spending inflation rate rose 3,6 percent in April from the previous year, the highest in 13 years and more than 3,5 percent of the growth economists expected in a Bloomberg poll.

The benchmark price index, which excludes volatile food and fuel prices, rose 3,1 percent in the year to April, the fastest pace since 1992. Prices rose 0,7 percent from the previous month, the largest increase in two decades.

The rise in inflation comes as recovering demand and supply shortages are pushing spending upward, along with data quirks that push up the year: this data point is jumping up in part as the price index fell to very low levels since last spring's close. The inflation gauge is being monitored closely because it is important to the Federal Reserve, and officials are closely monitoring price increases as the economy recovers.

The Fed is aiming for 2 percent annual inflation on average over time. Price gains are much higher now, but central bankers and economists expect growth to stop over time as producers catch up with consumer demand and government stimulus disappears.

"Core inflation at a 29-year high will not bother the Fed for now," wrote Ian Shepherdson, chief economist at Pantheon Macroeconomics. "We expect most of the Fed officials - and especially the governors - to stick to the line that inflationary pressures will be temporary."

The report showed that personal incomes fell sharply in April as the jump caused by stimulus payments in March ended, which was broadly expected. Revenue fell 13,1 percent, actually less than economists expected (14,2 percent).

On the subject: Gasoline prices skyrocket after major pipeline hacked in US

Personal spending rose 0,5 percent, at a slow but steady pace, but this improvement has waned in terms of price increases. To the surprise of economists, spending actually fell slightly on an inflation-adjusted basis, falling 0,1 percent, short of the 0,2 percent gain they noted.

“The combination of falling real consumption and rising prices last month gives a faint smell of stagflation,” Paul Ashworth, chief US economist at Capital Economics, wrote in a post-post note. There has been some growth in service costs, but he noted that the pace was "a bit disappointing given the removal of most of the Covid-related restrictions."

But Gennady Goldberg, rates strategist at TD Securities, said that since the rise in inflation is likely to fade over time, it makes sense to focus on accelerating the underlying index - and the general takeaway is that people are opening their wallets again.

These numbers are the latest, which underscore the economy is facing a bumpy road as it reopens after months of local and state lockdowns aimed at containing the coronavirus pandemic. The Fed, which is tasked with maintaining stable prices and should help ensure full employment, has made it clear that it is ready to consider the current rise in inflation as the economy recovers and goes through such an unusual period.

But the central bank has also made it clear that if price increases prove to be sustained or out of control, it will act. This could mean a faster pullback from massive bond purchases or higher interest rates, policies the central bank is now using to support the economy by keeping borrowing costs low. Both bond purchases and low interest rates support asset prices, so markets were on the brink of a possible acceleration in inflation, forcing the Fed to cut its economic support.

Revised data, released on May 28, showed that the University of Michigan consumer inflation expectations were raised in May, and Americans expect prices to rise both in the near future and over the next five years. The inflation expectations index has been the highest since 2013 for this long time and inflation rose more than expected in April. Senior Fed officials have been watching the Michigan data series for a long time.

Republicans portray inflation as a sign that high government spending is costly, while Democrats say it is temporary, as demand is recovering and supply must rise to meet it. They argue that a short-term rise in prices is not a reason for a change in rate.

Now, for both the White House and the Fed, the question is how quickly the proposal can respond, and how long the current trend will last.

“It will look worse than it is for a while,” Goldberg said. "The Fed must remain strong in the face of higher inflation."

American philanthropy: how the system of assistance to the needy actually works in the USA