Home Page Incidents Hundreds of birds die from a mysterious disease in several states of America: scientists cannot find the cause

Hundreds of birds from Indiana to Virginia are dying from a mysterious disease. Scientists are confused and ask the public for help. Writes about it NY Daily News. 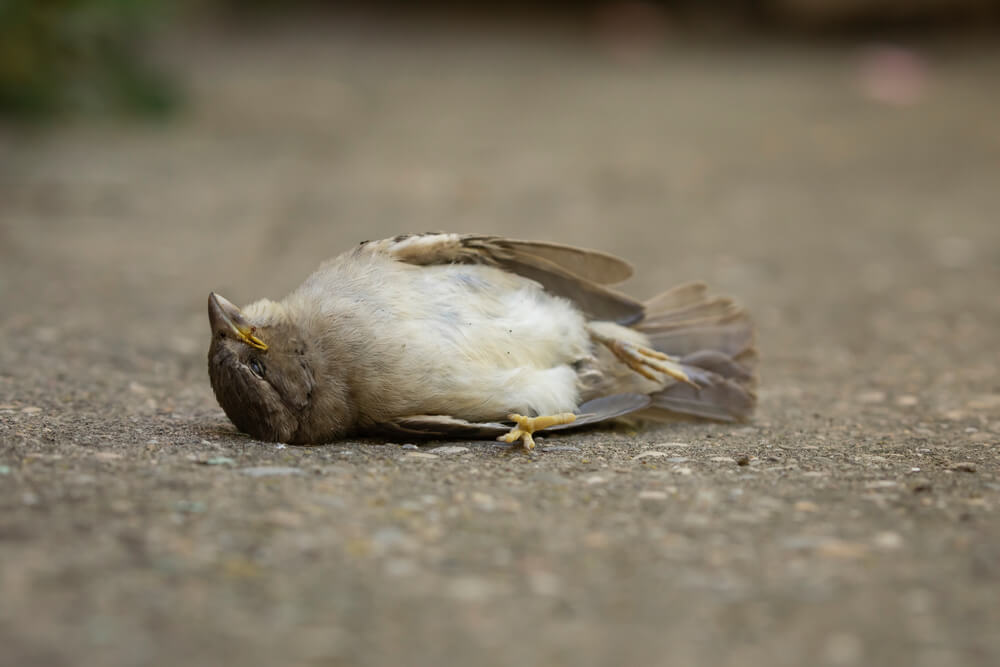 Due to an unknown disease, the birds look blind, with spots on their eyes, and liquid oozes from them. Birds also behave strangely, tilting their heads and not moving when a person approaches.

On the subject: Over 800 birds have invaded the family home in Southern California and left behind a 'surprise'

"They just sit there, shaking often," said Kentucky biologist Keith Slencard. "It's safe to say that hundreds of birds in the state have had this disease."

Scientists working together in different states are still trying to figure out why so many birds fall dead, but some believe a new infectious disease is to blame. Indiana biologist James Brindle said dead birds tested negative for bird flu and West Nile virus.

Officials asked people to take the bird feeders because any disease could easily spread in an overcrowded bird feeder.

People are advised not to pick up or touch dead birds. Anyone who chooses to ignore this advice must wear protective clothing to avoid possible contamination, officials said. But they noted that so far there is no evidence that the disease can be transmitted to humans.