Home Educational program Chameleon Effect: Scientists Explained How and Why We Turn Gray from Stress

Everyone knows that the appearance of gray hair is associated not only with aging of the body, but also with stress. “I almost turned gray,” many say, describing the shock they experienced. However, it is only recently that a group of scientists from Harvard University has been able to explain the relationship between stress and graying scientifically. Writes about it with the BBC. 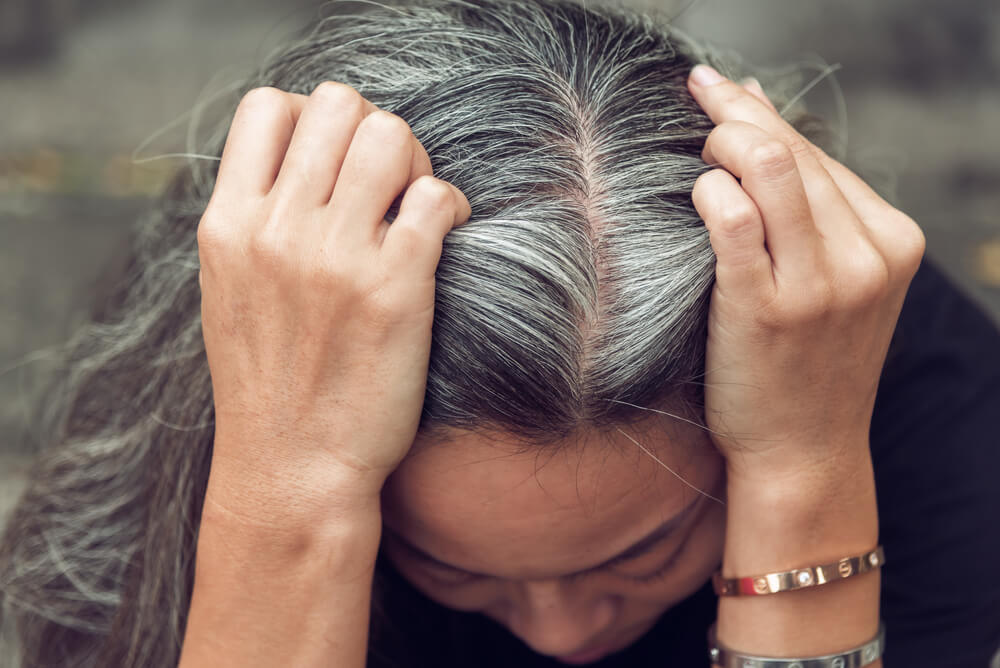 Roughly the same principle applies when a chameleon changes color. This occurs at a time of danger when the animal is under stress. In flying dragons (a species of lizards), the level of dark gray pigment also increases at the time of stress.

In humans, the mechanism responsible for the color of our hair originates in mesenchymal stem cells (MeSC). They release melanocytes that migrate to the base of the hair follicles and there they produce the pigment melanin, which dyes our hair.

This process does not stop under normal conditions. It can be clearly seen on the example of hair artificially colored in a different color: the growing roots have a color given to man by nature.

When the body experiences a negative emotional shake-up, at one of the stages of this process, the system fails, and instead of our natural color, the hair follicles receive a dose of gray pigment.

How exactly does this happen?

The experiment was conducted on rats - they were forced to experience stress caused by physical pain. The pain subsequently triggered a hyperexcitation reaction called a fight or flight (fight or flight). This effect activated the production of the neurotransmitter norepinephrine in rats.

On the subject: Scientists have found a way to deal with gray hair without dyeing hair

Norepinephrine is responsible for increased attention, impulse to action and is associated with MeSC. As soon as the rat experienced pain, it released an norepinephrine, the stem cells of melanocytes began to multiply, migrate and become exhausted in an accelerated mode.

At the same time, the MeSC stock, which is limited, was reduced. And the smaller the MeSC in the body, the less quality melanocytes are involved in hair pigmentation.

Unlike animals, in addition to physical pain, a person is able to experience mental suffering, severe emotional upheaval and long-lasting deep feelings. Therefore, failures in the process of pigmentation of our hair can occur much more often.

Everyone knows the stories of 20-year-olds completely turning gray in the war. The famous film “Come and See” by Elem Klimov is based on the story of a Belarusian teenager who, having witnessed a punitive operation, turns into a gray-haired old man in a couple of days.

As a person ages, the depletion of MeSC occurs naturally over the years, and it also begins to turn gray.

In more rare cases, the early appearance of gray hair is explained by a hereditary predisposition.

Help to cope with stress: a hotline has appeared for doctors struggling with COVID-19

16 Signs That Your Immune System Is Not Alright