Storm Elsa, heat wave and fire in the ocean: a wave of major disasters hit the United States

While the country was celebrating Independence Day, three major disasters were looming over the United States. While two of these catastrophes are "natural disasters", one is human-caused, all of them can have catastrophic consequences. The edition told in more detail New York Post. 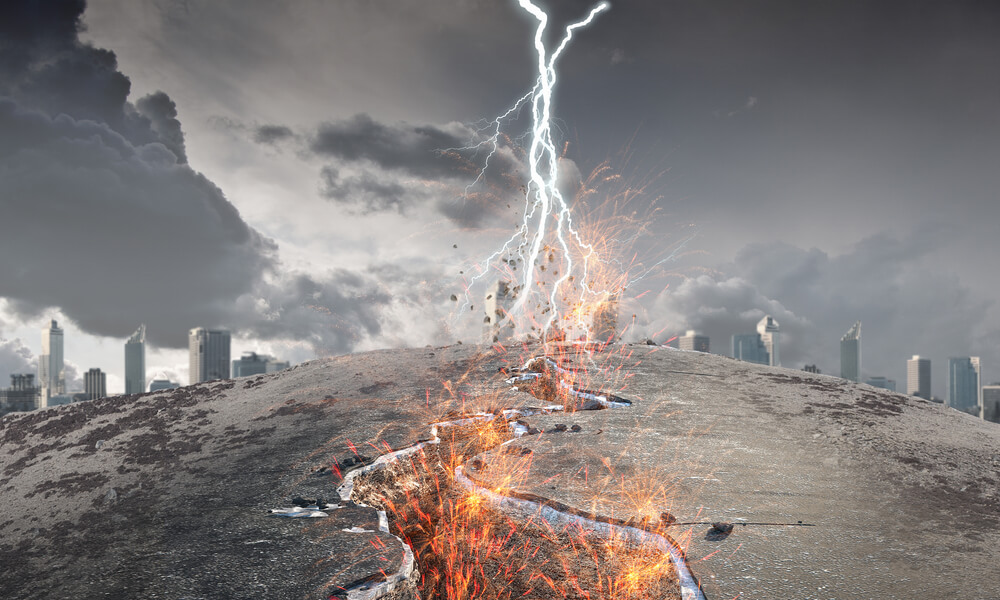 Florida, still reeling from the Surfside, Florida condominium collapse, will be hit by tropical storm Elsa on Monday. It has already caused havoc in the Caribbean and is said to be gaining momentum. Rescue teams have already been recalled and the state has already approached FEMA for additional assistance ahead of the storm.

Late Saturday, July 3, the storm hit parts of the Dominican Republic and Haiti with heavy rain and strong winds. CNN.

Two people died in the Dominican Republic. In isolated incidents, strong winds caused walls to collapse in Bakhoruko, killing a 15-year-old teenager, and in Bani the victim was 75 years old.

By Monday, July 5, Elsa is due to pass through central and western Cuba and head for the Florida Strait. Tropical storm conditions are forecast for parts of the Florida Keys and southwest Florida by Monday evening. Elsa is then predicted to shift slightly and traverse parts of Florida's west coast.

Meanwhile, on Monday, July 5, another heat wave and storms will hit the northeast, causing the region's residents to face massive power outages.

An unprecedented heatwave and searing drought drove rattlesnakes, bears and other wildlife deeper into residential areas of California. So bad is the California-Oregon border that “toxic algae bloomed a month earlier than usual, and two national wildlife sanctuaries that support migratory birds dried up. The work uncovered acres of dry, cracked landscape. "

Alarmingly low water tables and low rainfall doom the state during the wildfire season this summer and fall.

Recent heatwave in the US Northwest and Canada brought dozens of victims with her... In Portland, Oregon, tram service has been suspended due to melting power cables. The expansion due to heat has led to bending and tearing of the road surface, including on Highway 5 in Seattle, Washington. The small town of Lytton in British Columbia on June 27 set a record for the heat in Canada - 49,5 degrees Celsius, and the next day residents fled due to a wildfire that engulfed the city, writes SFGate.

Climate experts said the "thermal dome" over the northwest is another example of how anthropogenic climate change is leading to more extreme weather events and more severe drought.

Meteorological experts make no claims about an impending heat wave.

"July can really bring a heat," the National Weather Service office in Hanford, California, said on Twitter. “It looks like another very hot period of weather is approaching. The highs may equal or exceed the dangerous July 2006 heat. "

The ocean was burning. According to the Mexican state oil company Pemex, bright orange the fire west of the Yucatan Peninsula was caused by a leak from an underwater pipeline... Although the fire has been extinguished, it will surely have long-term consequences for the fragile system that is still rocking after the 2010 Gulf oil spill, especially the fishing industry.

🚨 Incendiary registered in the waters of the Golf of Mexico

This fire control has 8 hours pic.twitter.com/KceOTDU1kX

But the ocean was burning not only near the United States. An explosion occurred in Azerbaijan at the Umid gas platform of SOCAR, after which a fire started, writes "Present Tense".

The Ministry of Ecology of Azerbaijan and the Republican Center of Seismological Service claim that the explosion was caused by the eruption of a mud volcano, which lasted about 8 minutes.

Collapse of a building in Florida: 10 dead, among the missing - Russian-speaking

Destroyed villages and hundreds of victims: a strong tornado swept across the Czech Republic

Biden makes millions of dollars: why he can't get rich anyway