After reaching a minimum of 90 degrees Celsius (32 degrees Celsius), temperatures are predicted to remain at or even higher in major cities in the Northwest United States. The region is experiencing a heatwave, according to AccuWeather. High humidity and light wind aggravate the heat. Writes about it USA Today. 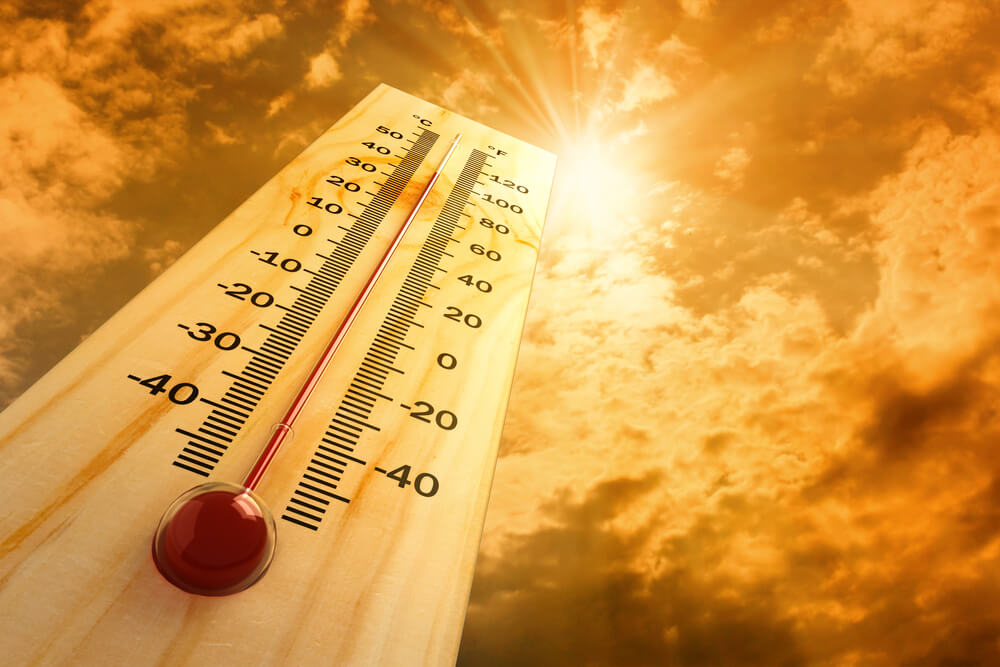 In Willamette Valley, south of Portland, Oregon, a farmer died on Saturday, June 26, at his workplace when temperatures reached 104 degrees (40 C) that day.

Officials have yet to release details of exactly how he died.

A review of Oregon's and OSHA's federal workplace accident databases shows that this was the first reported heatwave death of a farm worker in Oregon in at least two decades. According to databases, at least two construction and logging workers have died from heat-related illness in Oregon over the past 19 years.

“We've never seen anything like it,” said Vince Hlavati, a physician based in Bremerton. "I hate to use the word 'unprecedented', but that's exactly it."

In Benda, Oregon, authorities said the deaths of two homeless people in the extreme heat could be due to the weather.

And in Vancouver, Canada, where many homes do not have air conditioning, police have reported 25 cases of sudden death related to fever since Friday, June 134.

Temperatures in the Vancouver area reached just below 90 degrees (32 Celsius) on June 28, but humidity exacerbated the heat, in areas that were not near water it felt like 104 degrees (40 Celsius) outside.

On the subject: Dangerous to health: 8 things not recommended to do in the heat

“Vancouver has never experienced this heat, and unfortunately, dozens of people are dying because of it,” said Sgt. Steve Addison. "But we're still doing everything we can to keep people safe."

Environment Canada reported that temperatures broke 28 heat records in British Columbia, Alberta, Yukon and the Northwest Territories on June 103. These records include the 49,5 Celsius temperature set in Lytton on June 29. DW.

At 4:20 pm, Lytton Climate Station reported 49.5 ° C, once again, breaking the daily and all-time temperature records for the 3rd straight day. Final numbers and all other temperature records will be posted later this afternoon. #BCStorm pic.twitter.com/jYpvxM0iIy

We are talking about a daytime - as well as a historic for Canada - record, and the maximum temperatures are held in the west of the country for the third day in a row.

Northeast is also under threat

Heat Index is how temperature is felt by the human body when humidity is combined with air temperature. Most temperatures in the Northwest will feel above 100 (37,7 Celsius) due to humidity.

“Extreme heat and humidity will significantly increase the likelihood of heat-related illness, especially for those who work or participate in outdoor activities,” the weather service said.

Fortunately, the weather pattern with sunny, hot and humid conditions is predicted to end in the second half of the week, according to AccuWeather.

Vermont Electric Cooperative has asked consumers to save energy as electricity demand is expected to increase across the region due to hot weather.

The Storm Prediction Center said there could be severe thunderstorms from Pennsylvania to Maine on Wednesday, June 30.

Clouds, showers and thunderstorms will contain the rise in temperatures on Thursday 1 July and Friday 2 July, and possibly over the weekend. The maximum temperature on Saturday, July 3, is expected to be around 69 degrees (20,5 Celsius).

The historic heatwave has broken all records in the Northwest over the past few days, and while there is some relief in areas closer to the coast, the hinterland will continue to accumulate record heat until the XNUMXth of July holiday weekend.

The Meteorological Service said that "unprecedented heat waves will continue until the end of this week in the northern Great Basin and northern Rocky Mountains, while temperatures in the Cascade Mountains will be closer to normal."

"The core of the extreme heat will be in the interior of Washington and Oregon in the middle of the week, as well as in northern Idaho and northwest Montana," the weather service said. "It is expected that high temperatures in this region will rise to 100-110 degrees Celsius (37,7-43,3 Celsius)."

Due to the heat, the Spokane, Washington-based power company has resumed power outages due to high demand.

Around 9300 Avista Utilities customers in Spokane were without electricity on Monday 28 June.

Forecasters said Seattle and Portland are expected to experience high temperatures by Wednesday, which will still be above average.

On the subject: What better saves from the heat: hot tea or ice cream

In Dallasport, Washington, on June 28, temperatures hit a staggering 118 degrees (47,7 degrees Celsius), a state record, according to AccuWeather.

The heat is caused by atmospheric blockage, which resulted in a thermal dome and low pressure on both sides that is not moved by the jet stream.

This heatwave follows another historic heatwave less than two weeks ago that heated the Southwest desert and California with hundreds of record highs.

Christy Eby, a professor at the University of Washington who studies global warming and its impact on public health, said heatwaves are becoming more prevalent as the planet warms.

“We know from evidence around the world that climate change is increasing the frequency, intensity and duration of heatwaves,” she said. "We'll have to get used to it in the future."

Dangerous to life: what is heatstroke and how to escape from it