The Russian State Duma is ready to consider a draft that proposes to send an appeal to Russian President Vladimir Putin on the need to recognize the "LPR" and "DPR" as independent states. About this writes with the BBC. 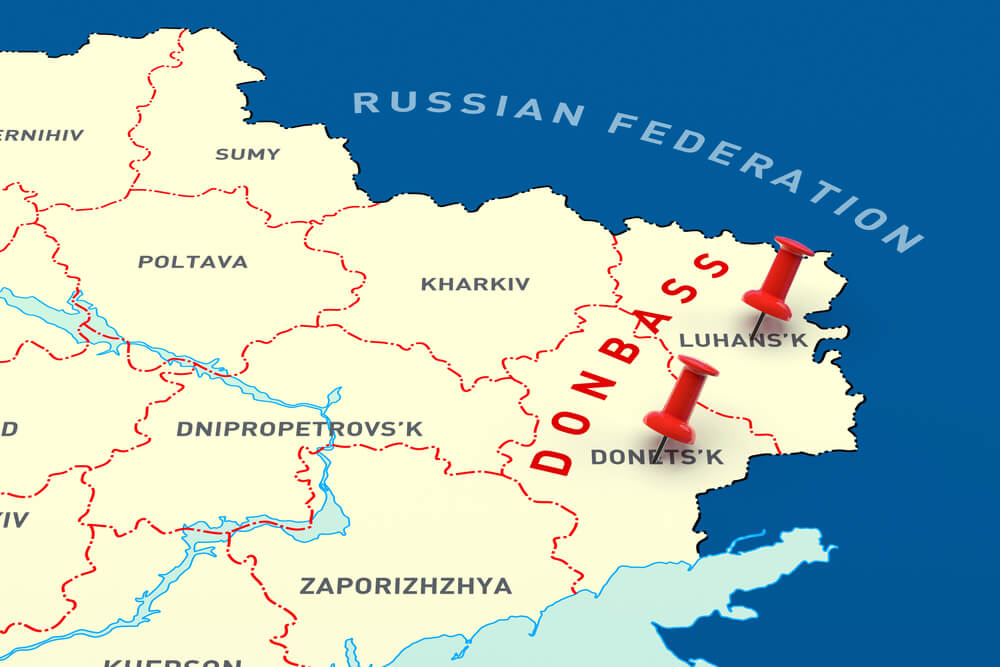 “The issue proposed for consideration is very serious and responsible. It would be right to hold consultations with the leaders of the factions next week, to discuss this initiative,” said Vyacheslav Volodin, speaker of the lower house of parliament.

As a result of the consultations, Volodin believes, the issue can be considered at the council of the State Duma.

The speaker believes that Ukrainian President Volodymyr Zelensky is ignoring the Minsk agreements, and NATO "wants to occupy Ukraine."

“Both one and the other can turn into a tragedy. We must not allow this. One thing is absolutely clear: solutions to ensure the security of our citizens and compatriots in the "DPR" and "LPR" must be sought," the speaker of the State Duma said.

On the subject: 'Welcome to Hell': Ukrainian teacher talks about torture in captivity 'DNR'

Russian presidential spokesman Dmitry Peskov said that given the current tense situation, it is important to avoid steps that could provoke an escalation, as well as be aware of responsibility and not try to earn political points "on such a thin and fragile matter."

It proposes to turn to the President with a request to consider the issue of Russia's recognition of the "LPR" and "DPR" "as independent, sovereign and independent states."

According to the communists, Russia's recognition of the self-proclaimed republics would be "reasonable and morally justified" and would create grounds for their defense against external threats.

Zyuganov said that Russia's recognition of the independence of the self-proclaimed republics in eastern Ukraine "will solve their problems."

Political scientist Abbas Gallyamov believes that the activity of the communists on this issue can be explained by two reasons: 1) they could be asked to come up with this initiative in the Kremlin, which wants to show that a certain consensus has developed in society; 2) representatives of the Communist Party themselves decided to play ahead of the curve, realizing that "everything is moving towards recognition."

In May 2014, when the Russian invasion of Ukraine began, the self-proclaimed authorities of the "LPR" and "DPR" held a referendum and declared themselves independent from Ukraine. Their sovereignty was recognized only by partially recognized South Ossetia.

In 2019, Russian President Vladimir Putin signed a decree allowing residents of the Lugansk and Donetsk regions of Ukraine to obtain Russian passports under a simplified scheme.

Last July, Viktor Vodolatsky, First Deputy Head of the State Duma Committee on CIS Affairs, reported that 611 residents of Donbass received Russian citizenship in a simplified manner, and predicted that by the end of the year their number would reach 2 million.

'Possible only in partnership with Russia': Putin wrote an article about Ukraine