Home Educational program Regular consumption of milk can cause Parkinson's disease: how to replace this product

You may want to stop drinking milk on a regular basis because it may increase your risk of Parkinson's disease, according to new data. Eat This Not That. 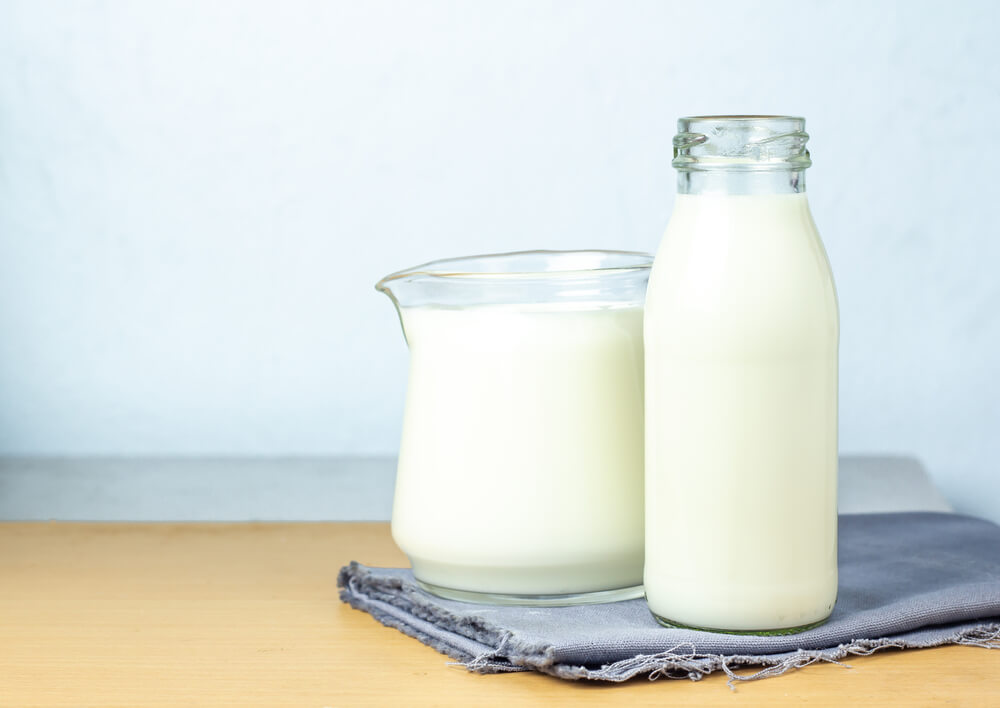 In an extensive review published in the journal Nutritional Neuroscience, the authors reviewed 52 studies conducted from 2000 to the present. Randomized clinical trials and observational case-control studies, as well as follow-up studies, have focused on how diet affects the likelihood of developing Parkinson's disease and how it can influence the progression of the disease.

This included how coffee, alcohol, vitamins, polyphenols and dairy products, as well as the Mediterranean diet, either increased or decreased the risk.

On the subject: Onions are recalled in five states because they are infected with listeria

The findings showed that while polyphenols, polyunsaturated fatty acids, coffee and the Mediterranean diet helped reduce the development or progression of Parkinson's disease, milk increased the risk.

“The article on the role of nutrition in Parkinson's disease is an incredibly important conversation, but it did not come as a surprise to me,” says Nora Minno, a registered dietitian. “Scientists have long known that diet and nutrition have a major impact on human health.”

Minno explains that "Parkinson's and other neurological diseases are completely dependent on what people put in their bodies" and when it comes to milk, "excessive consumption of dairy products is bad for your body, as milk is made up of a lot of unhealthy saturated fats." fat."

“I think people should eat dairy in moderation due to its high saturated fat content,” Minno adds.

How to remove milk from your diet?

There are several recommendations on how to eliminate milk from your diet. Eat This Not That.

“Ghee is essentially ghee. If you boil butter in a saucepan, milk solids rise to the top. Once you skim all the milk solids off the top, what's left is ghee,” explains Stacey Schacter, MS, RD, LDN of Miami Beach Carillon.

Keep track of what's in your coffee

“Try Silk Minmond Milk Creamer, Califia Almond Milk Creamer or So Delicious Coconut Milk Creamer. You can also use regular almond milk, cashew milk, or coconut milk instead of milk or cream. If you are using skim milk in your coffee, rice milk would be the closest substitute,” Schacter explains.

Use yeast extract instead of cheese

Make your own salad dressings

“Blend nut cheese [like almonds] or raw pecan paté from the health food store in a food processor and add fresh garlic, lemon, spices, and water to thin the mixture,” Schacter recommends. “Avocados are also great for adding to salad dressing recipes to make them creamier.”

"Almond or coconut milk is a great alternative to give the 'creamy taste' that people really crave," says Ken Immer, CCHE and President and Chief Culinary of Culinary Health Solutions. “Frozen, soaked nuts and water also work in place of yogurt or milk.”

“Fortunately, there are many alternatives these days that can satisfy your cheese cravings,” says Torrey Yellen, development director at DeliverLean. “But if you don’t like walnut or soy cheese, there’s some very good news: hard cheeses like real Parmigiano-Reggiano have more protein, calcium and less fat than softer cheeses like cheddar or Swiss.”

Soy and coconut yogurt are available at almost every major grocery store if you want to cut out the dairy you usually eat for breakfast or afternoon tea. “Try to find simple varieties to limit added sugar,” Yellen instructs. “Also, soy yogurt has a lot more protein than coconut yogurt.” Once you find one you like, garnish these yogurt alternatives with fresh fruit and a handful of nuts.

“What can you substitute for butter in your famous brownies or mashed potatoes? There are many unique substitutes out there that can taste just as great,” says Yellen. – Try using one cup of banana puree instead of butter in your baking recipe, or almond milk instead of regular milk. Instead of butter and cream, use unsweetened soy milk and extra virgin olive oil to whip up fluffy mashed potatoes.”

You can still think of ice cream

“There are great dairy-free ice creams on the market, like Rice Dream or Tofutti (soy-based), Yellen recommends. – Ben and Jerry's recently launched a new line of vegan ice cream made with almond milk. Classic flavors like Chocolate Fudge Brownie and Chunky Monkey are now dairy-free!

If you're cutting out dairy because you're worried about more serious health issues, experts advise you don't cut dairy out of your diet right away. “If it’s too hard to give up all of that right away, try an 80/20 approach where 80% of the options are dairy-free and the other 20% is the best choice,” suggests Yellen.