Thousands of people gathered in the center of Minsk to protest against electoral fraud in Belarus. They are beaten and dispersed by the security forces. One person was killed. Writes about it with the BBC. 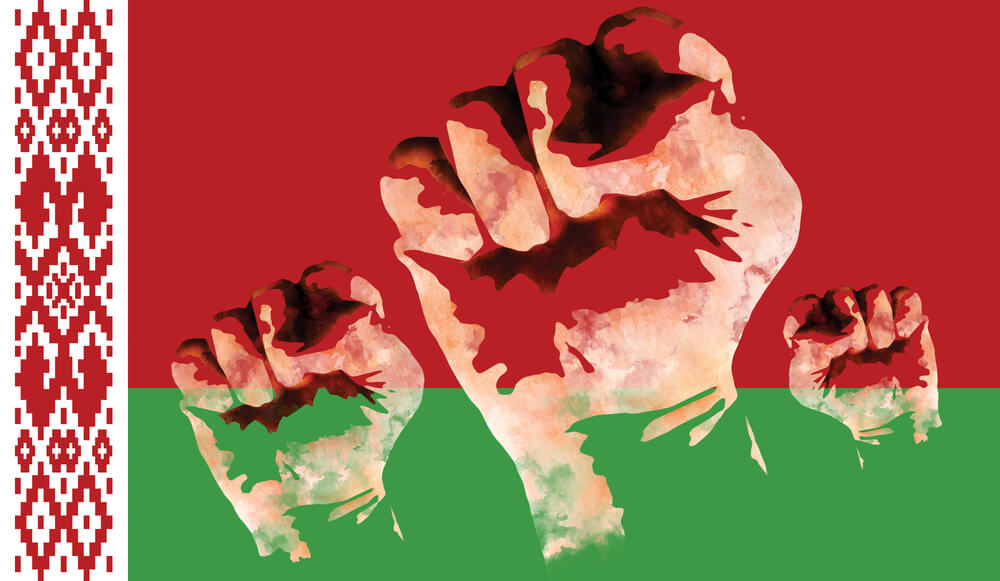 The security forces managed to suppress some of the protests, but many people in the center of Minsk remained and are building barricades. The Ministry of Internal Affairs of Belarus reported that two thousand people were detained in the country for participating in demonstrations over the past XNUMX hours.

The death during the protests was reported by the Ministry of Internal Affairs of Belarus. Security officials say that the protesters were building barricades and one of them threw an explosive device towards the special forces. The device exploded in the man's hand. He died.

There were suspicions about those killed during the protests the previous night, but there is no official information about this. People are calling the media looking for their missing relatives.

On Pushkinskaya Square in the center of the city, OMON fired rubber bullets at people, used flash-noise grenades, and tear gas. The demonstrators were building barricades. The area was in smoke. People screamed and cried.

Eyewitnesses say that one person was seriously injured - a person is lying on the ground, blood is visible on his body.

Protesters, when chased by the security forces, run away from them in the courtyards.

The BBC journalist witnessed the arrests on Pobediteley Avenue in the center of Minsk, where more than 1000 people gathered. People just stood there, and then riot police began to push them back. People were beaten and detained. As a result, the square became empty.

On the subject: For the first time in 12 years: Belarus sends an ambassador to the United States

The country has lost communication, there are interruptions to the Internet. Telegram founder Pavel Durov writes: “We have enabled our anti-censorship tools in Belarus to ensure that Telegram remains accessible to most users there. However, the connection is still very unstable, as the Internet is sometimes completely disconnected in the country ”.

Earlier, attempts to block in Belarus were announced on Twitter.

Presidential elections were held in Belarus on Sunday, August 9, which from the very beginning accompanied by mass actions of peopledisagreeing with the policy of the incumbent President Alexander Lukashenko.

Lukashenko's main rival was Svetlana Tikhanovska, the wife of the arrested blogger Sergei Tikhanovsky, who was going to run for president before his arrest.

According to preliminary results, Alexander Lukashenko got 80,23% of the vote, Svetlana Tikhanovska - 9,9%.

The headquarters of Svetlana Tikhanovskaya refused to recognize the official election results and announced falsification, noting that in some polling stations she received 70-80% of the votes. Ms. Tihanovska herself said that she would not participate in the protests.

On Sunday evening, August 9, after the closure of the polling stations, protesters took to the streets of Minsk and other cities. Demonstrations in the Belarusian capital escalated into clashes, thousands of people were detained, dozens were injured.

Alexander Lukashenko compared the participants in the night protests to sheep and said that there would be no Maidan in Belarus.

On Monday, August 10, some of the Belarusian websites either did not work at all, or worked intermittently. People in Belarus complained about the lack of communication.

Some channels and media sites started working again, but with interruptions. The television news bulletin consisted of only one item - the president is developing the food industry. And then they immediately started broadcasting the series.

Tihanovskaya recorded a video and left for Lithuania

Svetlana Tikhanovskaya recorded a video message in which she called on her supporters to stop protests in the country's cities, writes Meduza.

At the same time, Tikhanovskaya is wearing the same clothes that she wore yesterday afternoon when she went to the CEC. It can also be seen behind the curtains that the recording was made during daylight hours. Tikhanovskaya reads the text rather defiantly, and does not pronounce it. Her intonations do not completely coincide with the content of speech. This video did not appear on the official channel of Tikhanovskaya, but it is actively distributed on social networks of state media and telegram channels.

Video опубликовал the pro-government Belarusian telegram channel "Yellow Plums" without specifying its source. When and where the video message was recorded is unclear. Tikhanovskaya read her text from the sheet without looking at the camera.

“I, Svetlana Tikhanovskaya, thank you for participating in the presidential elections. The people of Belarus have made their choice. With gratitude and warmth, I appeal to all citizens who have supported me all this time. Belarusians! I challenge you to prudence and respect for the law. I don't want blood and violence. I ask you not to confront the police, not to go out into the squares, so as not to endanger your lives. Take care of yourself and your loved ones, ”said Tikhanovskaya.

People, talk about it. Belarus took to the streets and now the army is going to fight unarmed civilians. #freedombelarus #freebelarus #LiveBelarus pic.twitter.com/wbUYVIpX9y

On the morning of August 11, it became known that Tikhanovskaya had left Belarus and was in Lithuania. Her headquarters said that the presidential candidate did this not of her own free will, but under pressure from the authorities in exchange for the release of her chief of staff Maria Moroz.

Around the same time, another video message from Tikhanovskaya was published, in which she stated that her departure was a "difficult decision." “I thought that this whole campaign hardened me very much and gave me so much strength that I could endure everything, but I probably still remained the weak woman I was originally,” she said.

Disappearances, beatings and arrests of journalists

Many media outlets report that their journalists have stopped communicating.

Znak.com correspondent Nikita Telizhenko disappeared in Minsk: he has not been in touch for 20 hours.

The journalist of the Meduza publication Maxim Solopov also disappeared. He was in touch at two o'clock in the morning from Sunday to Monday. Then, presumably, he was detained and beaten by riot police. Where he is now, what happened to him is unknown.

Employees of the Nasha Niva newspaper believe that their editor-in-chief was detained in Minsk. He managed to send an SMS with the word SOS. The editorial office said that he covered the protests and then drove home in his car.

The Committee to Protect Journalists called on the Belarusian authorities to refrain from arresting and using force against journalists covering the protest actions. Human rights activists also called for bringing police officers to justice for attacks on the press.

“Journalists must be able to freely and safely cover this turning point in the country's history,” said Gulnoza Said, Europe and Central Asia coordinator of the Committee to Protect Journalists.

On August 9, in Minsk, security forces used force against at least four journalists. According to human rights activists, the security forces beat Associated Press photographer Mstislav Chernov and correspondents of the Russian news website Daily Storm Anton Starikov and Dmitry Lasenko with truncheons. According to journalists, Chernov was taken to the hospital with bruises and suspected concussion.

Employees of 7 different media were detained at various times.

On August 10, Natalya Lyubnevskaya (Nasha Niva news site) was wounded by a rubber bullet. Photo correspondent of “Belsat” Tatiana Kapitonova was shell-shocked during the clashes between security forces and protesters. Pavel Dobrovolsky, a journalist from Vot Tak TV, was also injured. In Bobruisk, journalist Ales Chigir was detained and beaten, and his wife was detained in a pharmacy.