Main page In the U.S. After the earthquake in California, 80 aftershocks occurred in two days: what to prepare for

After the earthquake in California, 80 aftershocks occurred in two days: what to prepare for

Every time the land in California shakes, residents can't help but wonder: how big a problem is this? A series of earthquakes on April 5 near Inglewood raised this issue again. Experts say there is no need to panic, but preparation never hurts. What we know about the recent earthquakes in Los Angeles reminds Los Angeles Times. 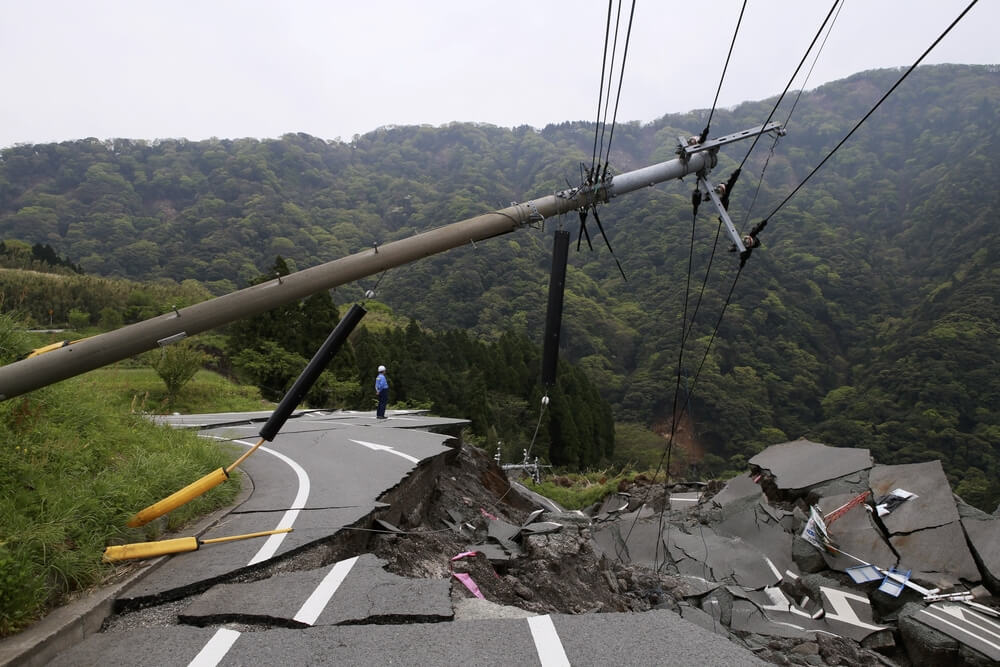 Earthquakes followed one after another. The first tremors began at 4:15 a.m. when three earthquakes hit Inglewood: magnitude 2,1, then 2,4 and after 3,0, according to the US Geological Survey, all within three miles (4,8 km) of each friend.

The strongest magnitude 4,0 earthquake occurred near Inglewood at 4:44 am and was felt throughout Southern California. Local residents talked about strong aftershocks when several books and framed photos fell from the shelves.

More than 24 tremors occurred in the Inglewood and Lennox area in 80 hours, according to the US Geological Survey.

“While this sounds big, it’s not a cause for concern,” said geophysicist Don Blakeman of the US Geological Survey's National Earthquake Information Center in Colorado. - It's not a red flag. There are often many earthquakes, and almost all of them will be small. "

According to Blakeman, the stronger the earthquake, the longer the aftershocks last. The 7,1 magnitude 2019 Ridgecrest earthquake still causes periodic aftershocks.

Most aftershocks in the Inglewood area have so far had a magnitude of less than 2,0.

"A series like this doesn't necessarily mean something big and terrible will happen, but there is always a tiny, tiny chance because we can't predict earthquakes with certainty," Blakeman said. "We can't tell you for sure what's going to happen."

The tremors were deeper than usual.

According to Paul Caruso, a geophysicist at the US Geological Survey's National Earthquake Information Center, the brunt was "pretty deep for California" at roughly 12 miles (19 km).

Caruso said earthquakes in the Los Angeles area are typically about three miles (4,8 km) deep. But 12 miles (19 km) is far from the deepest; earthquakes in Fiji and elsewhere can reach depths of 300 miles (over 480 km).

“The deeper the earthquake, the weaker people feel it, because they are potentially farther from where the energy is released,” Caruso said.

Shortly after the quake, earthquake expert Lucy Jones said on Twitter that the 4,0 quake was probably not mapped because it was shear in nature.

Robert Graves, a geophysicist at the Earthquake Research Center of the US Geological Survey in Pasadena, explained that the Newport-Inglewood Fault, closest to the April 5 quake, is a strike-slip fault, which means both sides move laterally during an earthquake. This quake had a shock that occurs when one part of a rift slides up another.

“On this basis, even though the shock was in the immediate vicinity of the Newport Inglewood Fault, it looks like it was probably an auxiliary fault structure or some kind of secondary fault structure," Graves said.

You can think of it as a crack in the windshield of a car.

"There might be one large main fracture, but there might be small secondary fractures here and there," Graves said, "and this is the type of fracture that it probably sits on."

The tremors could upset the pets.

Animals can sometimes sense when shaking is about to begin. First earthquake waves, P-waves, fastest. The S-waves that follow will cause shivers. This might explain why some animals and humans seem to sense that something is not right just before the rumble begins.

“It sometimes happens, especially with dogs, that the first P wave is very weak but can be felt,” Blakeman said. "And the earthquake is the next series of incoming waves."

Experts remind that you do not need to be afraid of earthquakes, but you need to be prepared for them.

Thousands of earthquakes a year: the United States prepares to erupt the largest volcano in the world