Main page World Iceland has 17 earthquakes in a week: now the first volcanic eruption in 900 years is expected there

Even for a volcanic island accustomed to periodic tremors, this week has been unusual in Iceland. According to the Icelandic Meteorological Office, about 17 earthquakes occurred in the southwest region of Reykjanes in a week. Writes about it CNN. 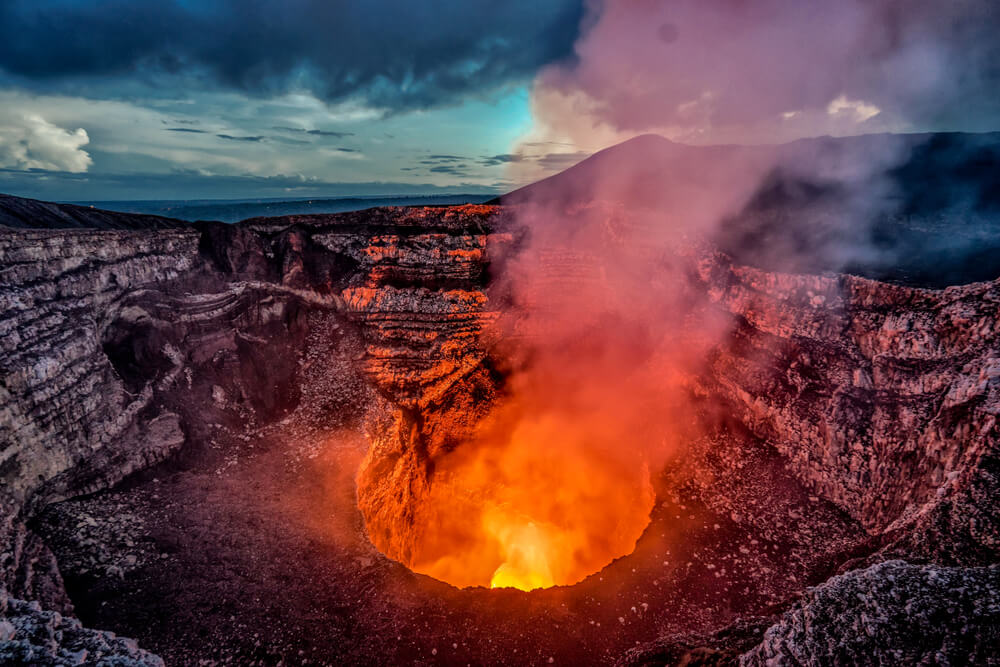 The strongest earth wobble with a magnitude of 5,6 occurred on the morning of February 24. It was the loudest of a series of earthquakes that continue to shake residents of the nearby capital Reykjavik and surrounding municipalities, where two-thirds of the Icelandic population lives. Two larger tremors with a magnitude of more than 5,0 occurred on February 27 and March 1.

The earthquakes have not yet caused much damage, although Iceland's road and coastal administrations have reported small cracks in roads in the area and rockfalls on steep slopes near the ground.

“I have experienced earthquakes before, but never experienced such frequent shocks,” said Odur Alfa Olafsdottir, a Reykjavik resident. - It is very unusual to feel the vibrations of the earth's surface 24 hours a day for a whole week. It makes you feel very small and powerless against nature. "

On the subject: Volcanic eruption in Hawaii: a huge lava lake appeared on the island

In the fishing town of Grindavik, local residents resisted tremors. “I've never seen anything like this before,” says Pall Valur Björnsson, who teaches at the local fisheries college and is a member of parliament.

“We are used to earthquakes. But now there are many more - this is very alarming. I'm not afraid, but it's inconvenient. Last night I woke up twice with tremors. It's difficult, but we have to learn to live with it, ”he said.

Iceland sits on the edge of tectonic plates that is continually separating, pushing North America and Eurasia apart along the Mid-Atlantic Ridge. Most of the seismic activity here is captured only by sensitive scientific equipment.

Accidental more violent shocks are an inevitable part of life in a seismically active region.

Only this time they seem to have no end.

Orvaldur Oraçon, professor of volcanology at the University of Iceland, said the concerns about recent activity are understandable: “Of course people are worried. This is actually quite unusual for this region, not because of the type of earthquakes or their intensity, but because of their duration. This has been going on for over a week. "

“At the moment we are struggling with the question“ why ”. Why is this happening? It is very likely that we are dealing with an intrusion of magma into the earth's crust. It has definitely moved closer to the surface, but we are trying to figure out the details, ”he said.

Local authorities have warned that a volcanic eruption is imminent.

Elisabeth Palmadottir, a disaster specialist at the Icelandic Meteorological Office, said authorities are deploying surveillance equipment in the area, from GPS and earthquake sensors to webcams and gas detectors.

She, too, cannot remember having ever experienced so many earthquakes in such a long time. She warns that a larger quake could cause concern, and suggests that an earthquake of magnitude 6 or greater is possible in the area.

According to the latest modeling by the University of Icelandic Volcanology and Natural Hazard Group, which has published maps of a potential volcanic eruption, no city appears to be at risk.

“Under the current model, no major city is under threat,” volcanologist Armann Höskuldsson said, adding that Keflavik International Airport, one of the most direct routes between Iceland and the rest of the world, is also safe.

However, the main road connecting the airport to the capital, Reykjavik, could be damaged, as well as some power lines, he stressed.

Palmadottir notes that such models do not take into account possible hazardous gases that could be released as a result of a volcanic eruption.

On the subject: Eruption of the Yellowstone Super Volcano: Scientists Named Possible Dates

The likelihood of a major eruption is reminiscent of the 2010 eruption of Eyjafjallajökull, which caused one of the world's largest air traffic cuts since World War II. But Palmadottir says such a plume of ash is unlikely in the current situation.

Torjarson stressed that "the composition of the magma is very different, the intensity of the explosive activity will be much less."

On Wednesday, March 3, tremors were near Keilir volcano, just 20 miles (32 km) south of the capital, prompting authorities to ban traffic in the area. On its website, the Icelandic Meteorological Office reports that similar activity has previously preceded eruptions.

Vidir Reinisson, chief superintendent of the Icelandic Civil Protection and Emergency Management Department, told a press conference that the eruption is "very likely." It will be the first in the area since the XNUMXth century.

In the meantime, residents are waiting for signs of an eruption - some with excitement, others anxiously. Víkurfréttir, the local news service, has installed a video camera aimed at Keilir, which will begin live coverage if a volcanic eruption breaks out.

Over the past 24 hours, the strong earthquakes of the previous days have largely abated, but the current calm may not last long.

“This is definitely not the end,” Palmadottir is convinced.