Home Page In the U.S. US unemployment rate hits record high; economy in recession: what comes next

In late March, more than 6,6 million Americans applied for unemployment benefits, doubling the record level set just a week earlier. This is a clear sign that layoffs are accelerating in the midst of the coronavirus pandemic. Writes about this France24. 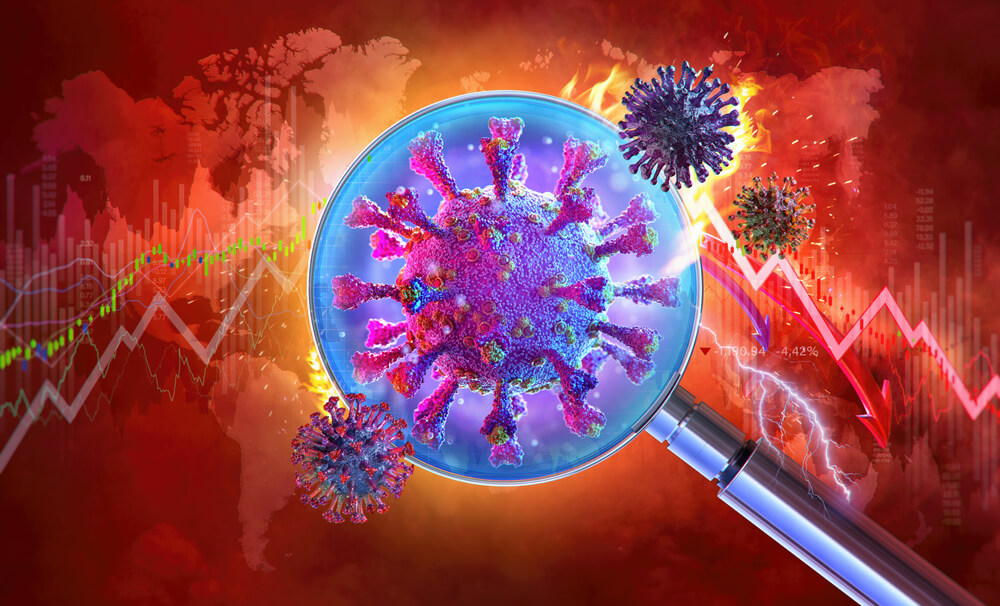 A report by the US Department of Labor showed job cuts were rising amid falling economies in the United States and overseas.

Many employers are cutting back their payrolls, trying to stay afloat because their incomes have fallen, especially in restaurants, hotels, gyms, movie theaters, and other places that depend on personal visits. Auto sales declined and factories closed.

The "stay home" orders introduced in most US states have increased pressure on businesses, most of which must pay rent, loans, and other bills.

Congress has significantly expanded the unemployment benefits system as part of a $ 2,2 trillion economy bailout package. This added $ 600 per week as unemployment benefits, in addition to what recipients already have. Now, many low-income workers will be able to more confidently manage their expenses and even increase their purchasing power than they will support the economy.

It also makes it possible for more people to be eligible for unemployment benefits, including self-employed, contractors and employees of the so-called giants, such as Uber and Lyft drivers.

Katherine Lickteig, a cook in Kansas City, signed up for unemployment benefits last week after the city closed restaurants. She hopes the extra $ 600 will help her withstand the crisis, instead of looking for temporary work.

About 26 states allow workers with limited hours to claim benefits. Most economists support this, because such measures encourage companies to reduce hours rather than lay off workers. Any program that encourages companies to keep in touch with their employees can help the economy recover faster after the outbreak.

As a rule, people who receive unemployment assistance are required to actively seek new jobs and document their searches. But Congress passed another law, prompting states to waive this requirement, given that many businesses were closed, and most Americans were ordered to stay home.

Mark Zandi, chief economist at Moody's Analytics, said that only 6% of companies surveyed by Moody's say they hire employees - compared with 40% during the weeks leading up to a coronavirus outbreak.

On March 3, the government will release the March employment report, which economists predict will show a loss of 145 jobs. This report is based on data collected mainly before a spike in layoffs began in mid-March. Although this loss is relatively small, it will still put an end to the record 000-month employment growth streak.

Numerous unemployment agencies are struggling to keep up with the flow of applications for unemployment benefits. The New York Department of Labor asks people to submit documents on different days, depending on their last name. For example, Monday is reserved for those who start from A to F.

About half (53%) of all working Americans report that coronavirus negatively impacted their income or family income. At the same time, low-income people face the greatest threat of job loss. This is indicated by a new poll by the Associated Press-NORC Center for Public Affairs Research. Losses of income include a reduction in wages, loss of paid leave and the actual loss of a job, writes "Voice of America".

60% of Americans are convinced that the country's economy is in poor condition. For comparison: in January, the state of the economy was described as “good” by 67% of Americans. The surge of pessimism was the result of the stock market crash and the closure of businesses across the country. Normal business activity was suspended to limit the number of deaths from COVID-19.

The survey also indicates that 43% of Americans positively evaluate the work of Donald Trump as president of the United States. 56% consider it negative.

The economy has plunged into recession

The American economy has been hit by a recession. How long it lasts will depend on the development of the pandemic situation, which can take hundreds of thousands of lives. It has already forced most of the country to introduce harsh restrictive measures to curb the spread of infection. Writes about this "Voice of America".

But the speed of economic recovery will depend on how much help the government provides to it and how effectively this help will be used to maintain jobs, the Federal Reserve said on April 2.

“What we know from the example of 2008: when millions and millions of Americans lost their jobs, it took more than ten years to restore the labor market,” said Neil Kashkari, head of the Federal Reserve Bank of Minneapolis. “I am very pleased that many of the actions of the federal and state governments are aimed at helping people keep their jobs.”

We are talking about starting on April 3 a new lending program for small businesses with a total volume of $ 350 billion, which is designed to help companies pay salaries to employees.

This program is part of the $ 2,2 trillion package of anti-crisis measures that Congress has adopted.

Over the past two weeks, 10 million Americans have applied for unemployment benefits, which Kashkari called the “shocking and alarming” rate. The ranks of the unemployed were supplemented by his wife, who worked in an agency for organizing corporate trips.

On the subject: Will Quarantine Kill Business and the Economy: Understanding the Spaniard Epidemic 100 Years ago

According to Kashkari, if jobs remain assigned to employees, recovery can go faster, as it will be easier for companies to start over.

If companies are unable to reopen and retain their employees, thousands of enterprises will go bankrupt, which will lead to a much longer recovery.

The head of the Federal Reserve Bank of Dallas, Robert Kaplan, also noted that the economy is in a stage of “sharp reduction” and the unemployment rate can reach 10-15%.

At 15%, 24 million Americans will be unemployed. In February, the unemployment rate was 3,5%, and the peak, 10%, was reached during the "great recession".

“We know that due to restrictive measures in the services sector, it will be more difficult for the consumer,” said Kaplan, referring to decrees issued in most states requiring people to stay home and close all establishments that are not in the category of basic necessities.

Although Kaplan believes that by the end of the year unemployment will fall to about 8%, he warns: "To achieve this, a lot of work will be required."

Anti-crisis measures, including the aid package adopted last week, play a key role in this, but more fiscal measures will be needed, he notes.