Home Educational program Coronavirus ruins the world: how much you have to pay for resuscitation of the economy

Life on the planet froze. Getting back to normal will, if possible, cost more than any of all postwar crises. The virus will present the final bill in months, if not years, but now the West is making an advance payment for treatment and rehabilitation of the economy - and the bill goes to trillions of dollars. Writes about it with the BBC. 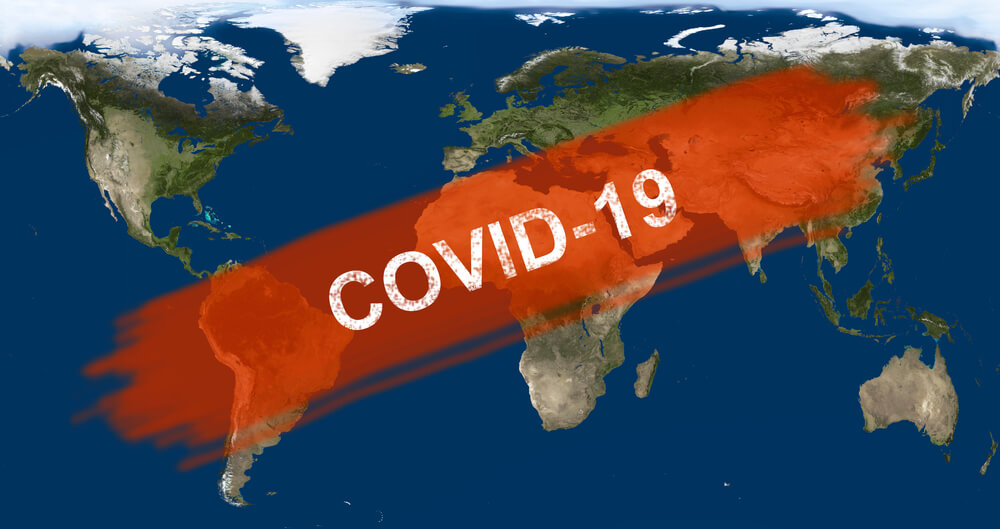 The coronavirus pandemic in the world has not yet reached a peak, and its duration will depend on how much poorer people live. In most countries, quarantine lasts a week or two, and authorities warn that in one form or another it can last six months.

The approximate scale of the disaster can be estimated by glancing at how much money at this very initial and preliminary stage, the authorities of rich countries promise to spend on reanimating the economy.

The amounts are gigantic, unprecedented and intimidating. US approves $ 2 trillion anti-crisis package; Europe has put aside half a trillion so far, but collects much more. In general, the G5 countries have already promised to spend about $ 6 trillion of taxpayers' money by the end of March to fight the current crisis - this is about XNUMX% of the annual volume of the world economy.

Unlike previous crises, this is not about printing new money by central banks, but about the redistribution of existing already declining total real incomes of society in favor of the most affected.

In other words, everyone should be impoverished. Those who survive after being worn out will pay for those who do not survive. There will be no winners.

“It is now clear that the world is plunging into a recession,” the head of the International Monetary Fund Kristalina Georgieva predicted a recession in the world economy. “It will be no less, if not worse, than the one that we experienced in 2009”.

On the subject: Research: can warming defeat coronavirus

The head of the IMF did not rule out a rebound in 2021, but only if the pandemic can be curbed and the imbalances generated by it are corrected. For this, it is necessary "to prevent a wave of bankruptcies and layoffs that threaten not only economic recovery, but also social harmony." It is very expensive.

What you have to pay

Coronavirus detected flaws in the healthcare system of some countries and a complete collapse in others. The first urgent expenses went exactly there: temporary hospitals, urgent purchase of masks and equipment, hiring of medical staff. When the dust settles, most countries will have to seriously invest in solving the health problems identified by this pandemic.

However, there will be no money for this, if economic activity does not recover, people and businesses will not save their jobs and continue to pay taxes. Therefore, for starters, you will have to support them with subsidies, tax holidays, softening the rules and direct distribution of money.

What, besides saving the sick and creating a vaccine, will countries spend in the first place? Each country has its own recipes, but here is a rough list of already announced anti-crisis measures.

These measures will cost trillions of dollars, borrow money, and future generations will have to pay. However, without artificial respiration, businesses and people may not survive the Covid-19.

“The current crisis is one hundred percent the most serious and widespread in our memory,” said Laurence Boone, chief economist of the OECD club of rich countries. - This time the problem is not a lack of liquidity. This time the main problem is the virus. ”

On the subject: How to properly process products so as not to become infected with coronavirus

“This effectively means that we are on the verge of a very serious crisis,” she said, adding that if the epidemic cannot be curbed in a couple of months and it returns next winter, no economist in the world can predict how it will turn out.

Who promises to pay how much

In the fight against the virus, no one can yet be compared with the United States. The richest country in the world quickly took the lead in the number of people infected with coronavirus and, despite the public skepticism of US President Donald Trump, regarded the epidemic as a historical disaster.

Congress has allocated more than $ 2 trillion to reanimate the economy. Large and medium-sized businesses will receive half a trillion, and $ 350 billion will be distributed to small entrepreneurs in the form of soft loans. Americans will be given $ 300 billion in cash, and about the same amount will go to pay benefits to those who lost their jobs due to the virus.

Despite the impressive size of the anti-crisis package, which exceeds the annual size of the Russian economy and is comparable to the GDP of Brazil, Italy or Canada, congressmen and the White House admit that this bill is not final and will have to pay more.

Approved by Congress and signed by Trump, the law will cost the States about 10% of its annual GDP. Other countries are still more modest, but some have already allocated comparable amounts.

The second largest economy in the world - the European Union - has yet to agree on joint incentives. However, at the national level, money is already flowing like a river.

Of the EU countries most affected by the coronavirus, France turned out to be the most generous: it is ready to fork out 350 billion euros ($ 386 billion), 15% of GDP. Italy has postponed 25 billion euros ($ 27,5 billion), Spain - no more than 10 billion ($ 11 billion). This is no more than a couple percent of their annual income, and no one believes that this will be enough.

The Netherlands is going to spend up to 20 billion euros ($ 22 billion), or 2% of the runway, only in the next three months. About the same number have already been allocated by Denmark, Poland, Portugal, Ireland and the Czech Republic. Others, such as Austria, Greece, Sweden, and Estonia, decided not to count on the best, but immediately prepare for the worst: they wrote off 5% to 10% of GDP to combat the new crisis.

Other developed countries, including Australia, Canada, and Israel, did likewise. Others, such as Japan, while calculating losses and making compensation.