Home Page Educational program Not only COVID-19: what serious illnesses can loss of smell indicate

Loss of smell is not just one of the hallmarks of Covid-19. It can also be an early symptom of a number of serious illnesses. with the BBC. 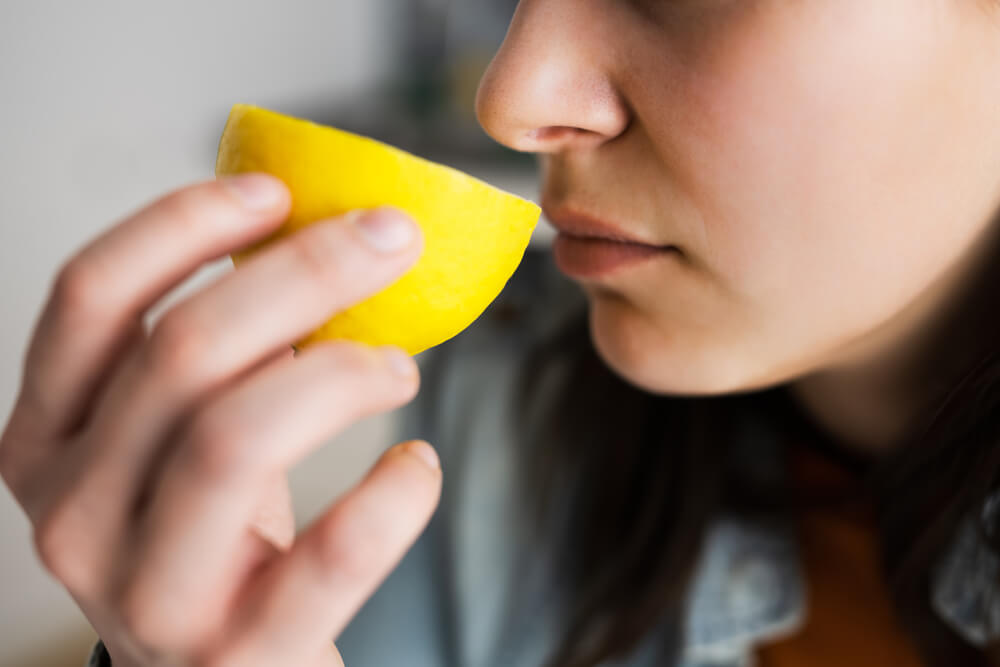 When Barry Smith was 50, he was diagnosed with Parkinson's disease. However, 18 years before he was diagnosed, he developed a very strange and persistent symptom. One day he felt “a strong burning smell, as if wires were melting” and after that he no longer felt any smell at all.

His puzzled doctor attributed his loss of smell to scuba diving. Scuba diving does sometimes cause a violation of the sense of smell.

If only the doctor was right.

Loss of smell can have far worse causes than scuba diving, and in Smith's case, it was.

We are used to the fact that loss of smell is one of the main symptoms of Covid-19. But it is also a common symptom of many neurodegenerative diseases such as multiple sclerosis, Parkinson's and Alzheimer's.

Studies show that up to 38% of people with multiple sclerosis and almost half of adults diagnosed with dementia had signs of loss of smell five years before the onset of the disease.

In Parkinson's disease, odor disturbance occurs in 45-96% of patients.

For many years, loss of smell, or anosmia, was not considered a marker for diseases such as Parkinson's. But now some scientists believe it is a useful diagnostic tool.

In Parkinson's disease, pathology in the olfactory region of the brain occurs long before other areas are affected. This is why Smith lost his sense of smell 18 years before the first tremor.

If the disease was discovered at the very beginning, the chances of slowing its progression would be much higher.

Several researchers are now developing tests that use the sense of smell to diagnose neurodegenerative diseases.

One such test, Predict-PD, developed under the direction of researcher Alastair Noyce of Queen Mary University of London, presents the patient with six odors that we often encounter throughout the day.

The researchers hope that the data they have collected will help identify a predisposition to Parkinson's disease and start treating it early.

The test can also be helpful as 1-3% of people are unaware of their sense of smell loss.

However, olfactory disorders develop not only as a result of neurodegenerative diseases. About 19% of the population has some form of olfactory dysfunction. About 0,3% completely lose their sense of smell (anosmia), and 19,1% have a reduced ability to recognize odors (hyposomia).

Recent research suggests that loss of smell may be associated with a variety of mental disorders, such as depression, schizophrenia, and dystonia (a disorder in which a person's muscles contract uncontrollably).

Even with the usual feeling of loneliness and depression, the acuity of smell can be reduced, a 2016 study shows.

Other studies have linked impaired sense of smell to impending death, suggesting that this could be a “wake-up call” for aging or illness.

One study of over 2200 people aged 71-82 found that people with a poor sense of smell had a 46% higher risk of dying within ten years than those with no change in their sense of smell.

But how can the ability to recognize odors be so closely related to health conditions?

Carl Philpott, professor of rhinology and olfactology at the University of East Anglia, believes that our sense of smell is related to our diet. In his opinion, "a third of patients with loss of smell overeat, and the other third is, on the contrary, malnourished."

Since healthy eating is one of the pillars of good health, the link between diet, smell and risk of disease is easy to trace.

As Philpott explains, “Our sense of smell is responsible for 70% of the tastes we taste,” and it is therefore not surprising that the acuity of smell directly affects a person's appetite.

Michigan State University professor of epidemiology and biostatistics Honglei Chen has found another link between smell and risk of death.

A person with a smell impairment will not notice an unpleasant odor and will continue to inhale poisonous fumes. Smith recalls sitting in a room full of smoke for several hours, not noticing the smell, until his wife came.

At the neurological level, disturbances in the sense of smell can lead to significant changes in the structure of the brain. Areas of the brain that are responsible for smelling, such as the olfactory bulb and the pear-shaped cortex, shrink. But along with them, other parts of the brain that are important for controlling movement and rational thinking, as well as the limbic system, which are responsible for processing emotions, decrease.

The good news is that the areas of the brain that contract due to the loss of smell are able to recover when the sense of smell returns. This means that treatment for loss of smell is possible and can be quite effective.

One therapeutic technique involves inhaling imitations of scents from four categories: rose, carnation, eucalyptus, and lemon. The patient must inhale these odors for 10 minutes twice a day for three months.

Although this technique is not effective for everyone, it works for about 40% of patients.

Another treatment for loss of smell is to stimulate a specific area of ​​the brain with electrodes placed externally or implanted during surgery. The electrodes affect changes in brain activity, which can sharpen the sense of smell.

Electrical stimulation in the nose also increases the proliferation of olfactory receptor cells, which are responsible for smelling.

Yusuf Kakmak, associate professor of anatomy at the University of Otago in New Zealand, explains that olfactory neurons associated with the sense of smell also have endings in the brain regions that are responsible for memory and spatial orientation.

Now the scientist is developing a device that can be worn like "glasses". It will stimulate the olfactory nervous system. The researchers speculate that such a device could relieve symptoms and stop the progression of Alzheimer's and Parkinson's.

It seems that the senses, which have been neglected for a long time, will be extremely important for our health.

Five foods you can eat expired