Home Page Educational program American scientist 5 years did not take a shower: what came of it

Dr. James Gamblin made the decision to stop showering five years ago. The publication told about what came of it. with the BBC. 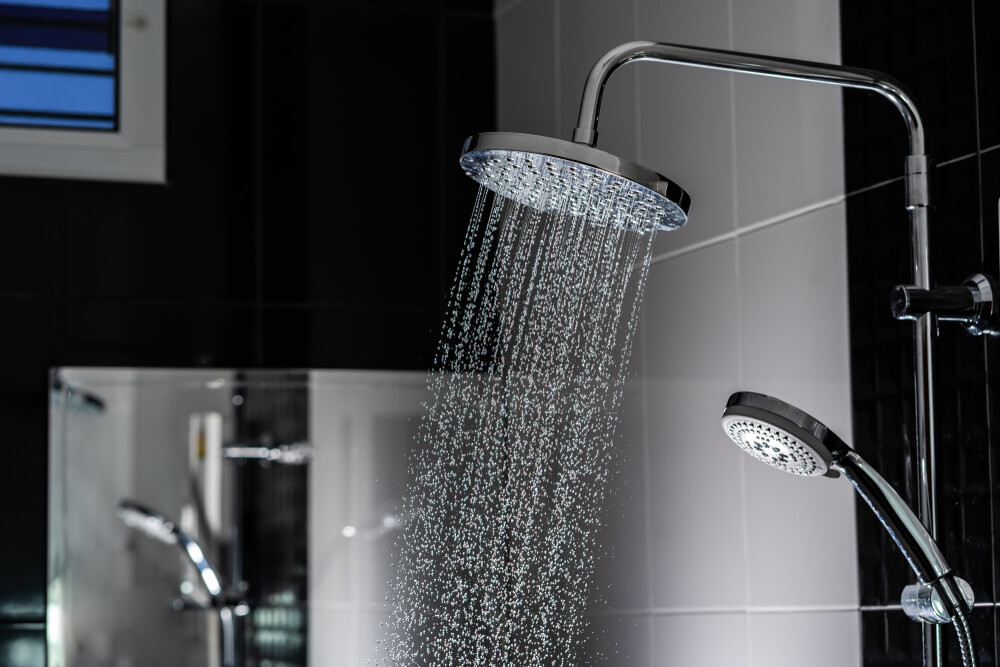 Gamblin, 37, is a professor at Yale University School of Public Health and a physician specializing in preventive medicine.

He also writes for the American magazine The Atlantic, where in 2016 he published an article entitled: "I gave up my shower and life was not over."

“For two full years of our life, we take a shower or a bath. How much of this time (both money and water) are we wasting? " - he writes.

In 2020, Gamblin detailed his experience in the book Clean: The New Science of Skin and the Beauty of Doing Less.

While Gamblin is convinced that we should wash our hands with soap and water and brush our teeth, he believes that other parts of our body do not need such persistence at all.

The decision to stop taking a shower started out as an experiment.

“I wanted to understand what was going to happen,” he explains. - I know many people who swim very little. I knew it was possible, but I wanted to test it myself to see what the consequences would be. "

On the subject: In Illinois, scientists have carried out quantum teleportation at 44 km

So what were the implications after he stopped showering in 2015?

“Over time, your body gets more and more accustomed to it and no longer smells as bad without the use of deodorant and soap,” he says.

“And the skin stops getting greasy,” the doctor adds.

“Many people use shampoo to remove oil from their hair and then use conditioner to add synthetic oils. If you can break this cycle, your hair will end up looking the same as it did before using these products, ”he adds.

But the doctor explains that this is a gradual process.

At first, he began to use less soap, shampoo and deodorant and wash less often - instead of taking a daily shower, he started taking it every three days, and then stopped altogether.

“There were times when I wanted to take a shower because I missed it. I smelled bad and felt dirty, ”recalls Gamblin.

“But it happened less and less,” the doctor adds.

The American academic explains that our body odor is the result of bacteria living on the skin and feeding on sweat and fat.

When we use different skin and hair products on a daily basis, we disrupt the natural balance of the skin.

“When you shower very actively, you destroy ecosystems,” he wrote to The Atlantic in 2016.

“They recover quickly, but usually with a lot of microbes that are responsible for the smell,” explains the scientist.

However, he says that avoiding washing triggers a regulation process that brings the ecosystem to a stable state and foul odor disappears.

“You don't smell like rose water or body spray, but there’s no bad smell either,” he says. "There's just the smell of the human body."

In an August 2020 interview, Gamblyn was asked if he thought he might actually smell bad, but people are just too polite to tell him.

The scientist explained that he asked colleagues, friends and acquaintances not to be shy and tell him the truth.

This is how, he said, he reached the point where his body no longer had the unpleasant odor so familiar to us.

Mr. Gamblyn claims that his wife liked his new scent, and other people recognized it as "good."

“For most of our history, we have had scents that were part of our communication with other people,” he explained.

However, the doctor says that such smells have been largely removed from our social biology.

“So we hope people don't smell, or that they smell like perfume, cologne or body washes,” he says.

“Otherwise, it means they smell bad. If there is a perceptible smell of a person, it is negative, ”he adds.

But did Gamblin really stop taking a shower?

He says he does wash away "noticeable dirt" or wash after exercise.

But the scientist also claims that we can exfoliate and remove grease by "simply rubbing it off with our hands and brushing our hair from time to time."

Skin is a reflection of lifestyle

Gamblin's decision to give up washing was not just an experiment.

During his research work, he communicated with a wide range of people, in particular dermatologists, immunologists, allergists, and even theologians.

On the subject: Artificial intelligence has simplified the treatment of diseases: it has solved a problem that scientists have not been given for 50 years

In the book, the author is quite critical about skin care products.

“The industry that sells personal care products and soaps is very focused on external products,” he says.

While some of these products may be beneficial, he says it's important to think about skin health from the inside out - meaning that skin health is also a reflection of our lifestyle and what happens in our bodies.

He believes that the key is the distinction between science and marketing. Gamblin claims that we are using more funds than we actually need, and we think that it will make us healthy.

The doctor also claims that our personal care procedures are a modern invention.

“Most people have not had access to running water in the past 100 years,” Gamblin says.

Ordinary people could wash in rivers or lakes, but they hardly did it every day, he adds.

“Besides, there was no possibility of mass production. Consequently, many people used homemade soap and they did not use it every day because it was too harsh on the skin, ”explains the scientist.

In his book, Dr. Gamblin concluded that people bathe too often and may need to do it less.

One of the reasons is that we still don't fully understand what happens when we change the microbial population on our skin.

“The bacteria on our skin are just as important to our appearance and our health as gut bacteria are to our digestive system,” he says.

However, the word "microbe" usually has bad associations.

“But over the past decade, since we have DNA sequencing technology, we realized that microbes are everywhere, and they usually do not cause disease. Only a small minority do this, ”explains Dr. Gamblin.

The shower is overrated

First of all, the academician notes that not everyone shares the same idea of ​​what it means to be clean.

He also thinks that the shower habit can be overrated.

On the subject: Scientists from Ohio have created a vaccine against cancer: what is known about it

“I would say that this is a personal choice, but not a medical necessity,” he says. "But I'm not telling people to give it up."

How to try his method

The doctor notes that he has no right to decide what is right and what is not, or to say that his approach is the best for everyone.

It's just a technique that works for him.

But for people with skin problems or those who just want to try, he advises to start slowly and do everything gradually.

For example, some start out by using less shampoo, while others choose a milder deodorant.

“You can start with shorter, cooler and more infrequent showers and use less soap,” he says.

“You don't need anything dramatic right away,” the doctor urges.

Genetic anomaly: how people without fingerprints live and travel