Main page Educational program Not the first case: a woman took a shower in contact lenses and went blind

Not the first case: a woman took a shower in contact lenses and went blind

Imagine that you are blind only because you took a shower without removing contact lenses from your eyes. It sounds awful, but this is exactly what happened to a 41-year-old UK resident. 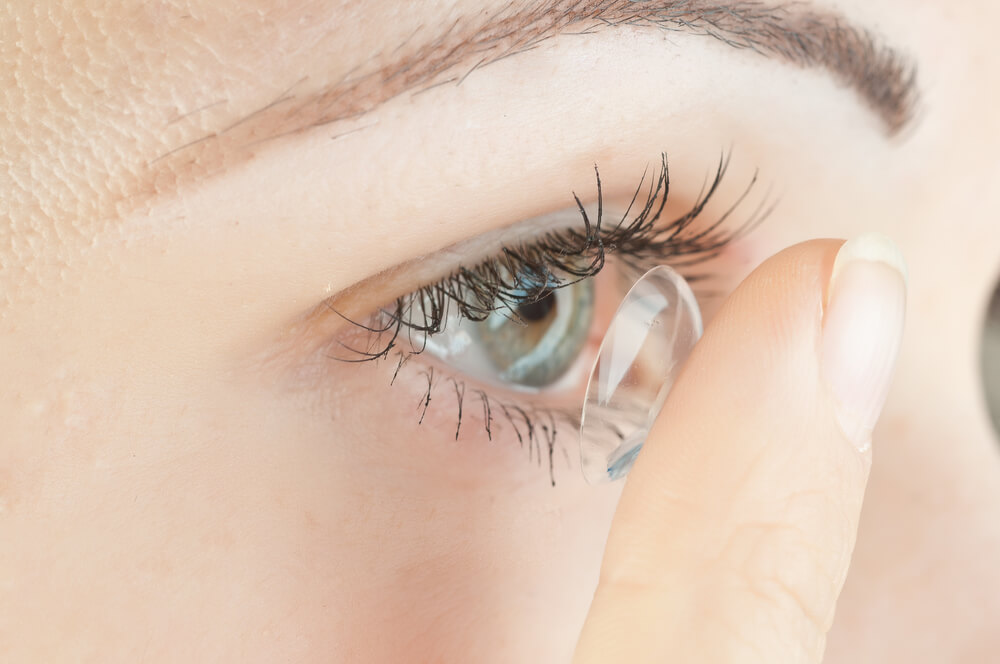 The woman lost sight in her left eye because she swam and showered in contact lenses, writes New York Post. This is due to infection by the parasite, which is transferred during such a swim.

According to a report published in the Medical Journal of New England, a woman came to the doctor with complaints of visual impairment, eye pain and sensitivity to light, which persisted for two months. She wore soft disposable contact lenses. Tests have shown that her left eye hardly sees. The disease did not touch the right eye.

Noticing that the cornea was clouded in the patient, the doctors used a special paint that helps to detect damage to the outer shell of the eye. Under the lamp, the affected areas, smeared with paint, are painted green.

On the subject: Why swimming in contact lenses can cost you a sight

Finding defects in the cornea of ​​a woman, they took samples of cells that tested positive for Acanthamoeba keratitis, a rare parasitic ankantamebu that causes blindness. The report, led by Dr. Lanshin Fu from the Manchester Royal Ophthalmological Hospital, argues that this condition is associated with the use of contact lenses.

The US Centers for Disease Control and Prevention states that ancanthamoeba often passes through water, soil, and even air. People who use contact lenses are at risk if they do not take proper precautions - it is important to remove your lenses before bathing and showering and not using tap water to clean them.

Although rare, there are many well-documented cases of Acanthamoeba-related keratitis. A girl from the UK said that the same infection led to complications - after treatment, she developed myalgic encephalomyelitis, also known as chronic fatigue syndrome.

According to Lenta.ru report29-year-old Nick Humphries noticed a scratch on his eye at the start of 2018. Then the man decided to go to the doctor, and he was diagnosed with acantamic keratitis.

On the subject: 28 woman lived for years with a lens stuck in her eye and didn’t know

For several months, Humphreys used eye drops that were supposed to destroy the bacteria. However, at some point he sharply lost his sight on a sore eye while driving, after which he still cannot recover.

The man went through several operations, doctors did not rule out the risk of amputation of the eye. He is now awaiting transplantation of his cornea, which the infection has destroyed.

According to Humphreys, he had no idea about what the wearing of contact lenses in the shower would lead to.

“I can honestly say that if I had even the slightest idea of ​​what might happen, I would never wear contact lenses at all,” he admitted.

The man works with some charitable foundations and hopes to return to normal life soon.

The injured 41-year-old woman, which was discussed above, was saved from the parasite, but due to the defeat of the cornea, the vision was not fully restored. She underwent a partial transplant of the eye shell, after which the patient's condition improved. The medical report also notes that she no longer has pain in the affected area.

CDC sounded the alarm: US swimming pools and water parks are overflowing with faecal parasites