Home In the U.S. NASA wants to supply the moon with Wi-Fi: why do we need the Internet 400000 km from the earth

The US is developing a lunar internet. NASA wants to cover the moon with Wi-Fi, reports with the BBC. 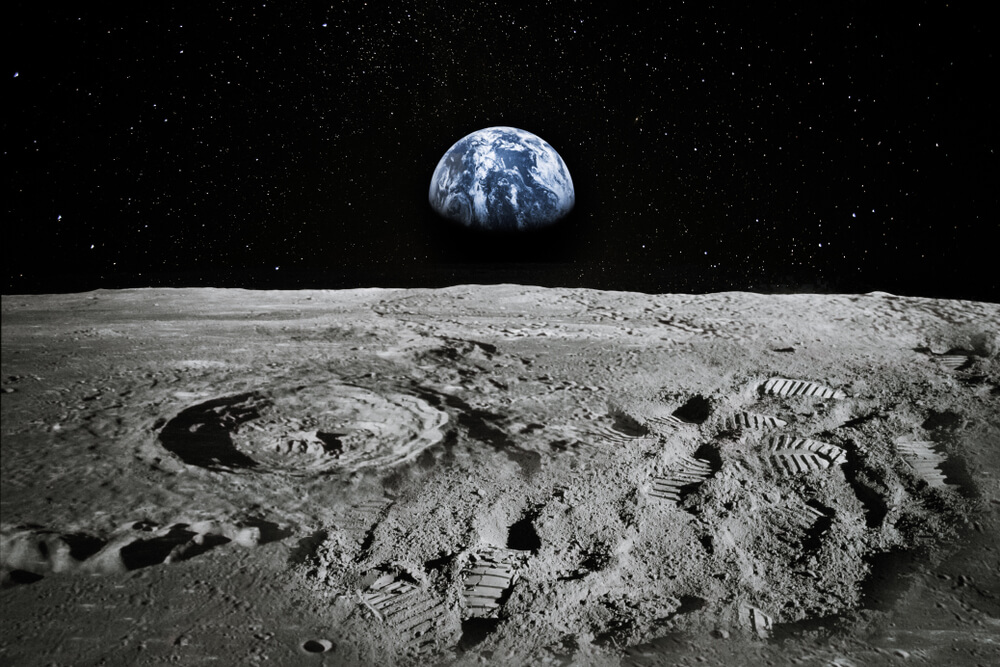 The exploration of the moon is one of the priorities of the American space program for the next decade.

First unmanned spacecraft will be sent there, then crews with astronauts. NASA (National Space Agency) plans to provide them with a connection to the Earth, holding the Internet on the Moon.

American astronauts were on the moon in the summer of 1969 and the winter of 1972. In 2017, then US President Donald Trump signed a directive on the need to begin large-scale development of the nearest satellite of the Earth.

According to this directive, the unmanned spacecraft Artemis-2021 will go to the moon in November 2022 - January 1. Astronauts are to fly to the moon in the next five years.

Among the new technologies that NASA is developing under this program is the lunar Internet.

Why wifi on the moon

One of the important milestones of the lunar program is the stable connection of the group of cosmonauts with the Earth.

It is not only about the direct communication of people working 384 kilometers from home, but also about the transfer of data from their research in real time.

The LunaNet program is to provide broadband internet for satellite exploration, including precision positioning and disaster prevention capabilities.

In fact, we are talking about the placement on the Moon of a number of transmitters covering the satellite with a "network" of communication, with a data transfer rate of up to 700 Mb / s and allowing the accumulation and storage of data in case of need or impossibility of sending.

After all, the earth's atmosphere is not the most favorable shell for the penetration of any signals.

The fact is that the power of the existing radio communication channels will not be enough to transmit the entire amount of data that the astronauts are planning to collect.

The new mission, as conceived by NASA, will not be limited to a simple flight to the moon. The astronauts will remain there for a longer time and plan to master a significant part of the satellite.

The LunaNet program envisages that several communication nodes will be installed on the lunar surface.

“LunaNet will provide new opportunities for Earth-independent navigation,” said NASA spokesman Cheryl Gramling. "Manned and robotic missions will be able to quickly and accurately determine their location and transmit the received data."

On the subject: How to build a successful business in America: briefly about what is taught in an MBA for $ 60 thousand

In addition, communication centers will be able to track emergencies - for example, storms that lead to an increase in radiation levels, and warn astronauts about this.

Another function of the lunar Internet: it will be able to transmit the most accurate location of a person or cargo - in case of loss. This technology has already been developed by NASA to search for the missing in the United States.

And in Cleveland too

The technology as a whole is being tested on Earth - and will be applied there, significantly improving the quality and speed of the Internet. For its pilot project, NASA took Cleveland, the largest city in Ohio.

The researchers found that 31% of households in the city are not connected to broadband. Then they calculated that routers that could be anchored to regular poles would provide all of Cleveland with 7,5 megabits per second.

This will fully meet the basic needs of the residents. This is not enough just to play complex video games and watch videos in the best possible quality.

NASA says that solving the problem will come in handy not only for the exploration of the moon, but also have a long-term impact on the economy of the entire United States and make it more equitable by providing equal access to the Internet for different groups of the population.

The Cleveland project is currently under active development. The first humans are expected to use the lunar internet in 2024-25.