Home At home 'A slight gleam of despair' and accusations against the United States: how the Victory Day parade in Moscow went

'A slight gleam of despair' and accusations against the United States: how the Victory Day parade in Moscow went

President Vladimir Putin attempted to justify Russia's war in Ukraine on May 9 in his annual Victory Day speech, calling on his troops to victory and recalling Russia's triumph over Nazi Germany in World War II, reports CNBC. 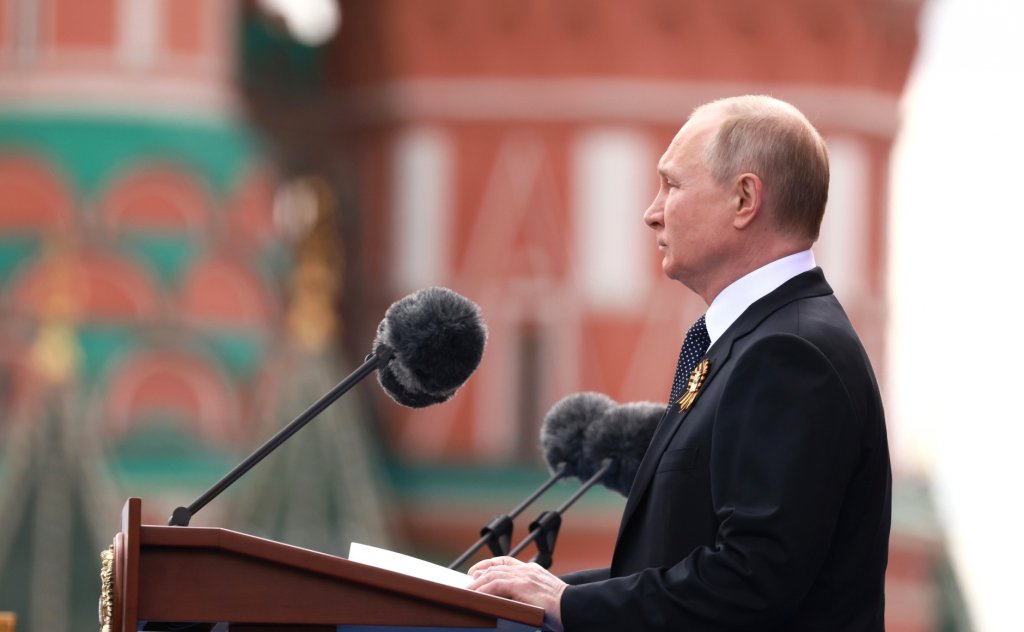 Speaking before a massive parade of troops, tanks and military equipment in Moscow, Putin said that Russia's invasion of Ukraine was necessary because the West was "preparing to invade our land, including Crimea."

It is not clear whether Putin was referring to Russia or territory that Moscow considers Russian. This includes Crimea, which it annexed from Ukraine in 2014, and the eastern region of Donbass, home to Donetsk and Luhansk, two pro-Russian self-proclaimed “republics.”

Putin provided no evidence for his claims, but used his speech to criticize NATO and Ukraine's allies and justify what Russia calls a "special military operation" in Ukraine.

On the subject: Superyacht worth $700 million confiscated in Italy: it is assumed that it belongs to Putin

Before the invasion, Russia had amassed nearly 200 troops along its border with Ukraine, while insisting it had no intention of invading. There was little evidence of Ukrainian military aggression against Russia, but Moscow's claims to the contrary were seen by many as a pretext to justify the attack.

Russia is celebrating one of the most important events on its national calendar, Victory Day, commemorating the victory of the Soviet Union over Nazi Germany in World War II.

Recalling this triumph in a May 9 speech, Putin called on the Russian army to win in Ukraine, saying it was the duty of Russians to remember those who defeated Nazism.

“Defending the Motherland, when its fate was being decided, has always been sacred… And these days you are fighting for our people in the Donbass, for the security of our Motherland, Russia.” 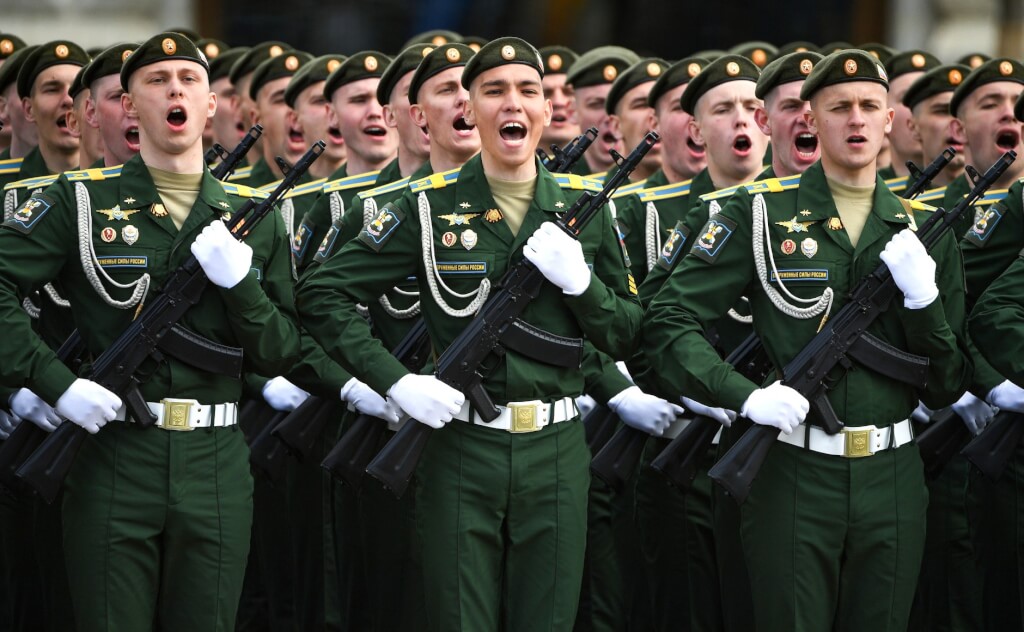 Many expected Putin to use the speech to announce victory in Ukraine or all-out war against the country. Another option was even the announcement of the mass mobilization of the Russian army and the general population, transferring them to martial law. However, Putin did not use this speech to announce any escalation, although his anti-Western rhetoric was the same as before.

Putin mentioned Donbass numerous times throughout the speech, as if reinforcing Russia's new strategy to focus on "liberating" Donetsk and Lugansk.

The region has seen some of the most intense fighting since Russia invaded Ukraine on February 24, including a number of likely war crimes such as the shelling of a theater in Mariupol where civilians were hiding, killing hundreds of people.

The southern port city of Mariupol is especially important to Putin, as it would allow for a land bridge between Russia and Crimea (annexed in 2014) across the Donbas.

Fighting in the east appears to be intensifying, with Russia blowing up a rural school in eastern Ukraine this weekend, killing about 60 people, President Volodymyr Zelensky said May 8 during an address to G-7 leaders.

Russia has not commented on the latest attack. It has previously denied hitting civilian infrastructure despite ample evidence to the contrary.

Putin continues to deliberately mutilate history, including in his speech during the Russian army parade on the occasion of May 9th.

About this, as reported European truth, said the head of the Czech government, Peter Fial.

“In his speech, Vladimir Putin continued to spread false information and deliberately distorted history and the present, by which Russian propaganda seeks to justify Russia’s unprovoked aggression in Ukraine.”

It makes no sense to refute every single lie that was made in Moscow, but the speech confirmed the importance of united and vigorous action by the West against the aggressor,” said Fial.

Putin displayed a "slight sheen of desperation" in his May 9 Victory Day speech.

According to Putin, one of the reasons for the Russian invasion of Ukraine was that "NATO surrounded Russia." Wallace rejected Putin's claims.

“NATO accounts for 6% of its land border. This is not an encirclement if only 6% of your land border is NATO countries,” the minister said.

“In terms of NATO bases in Ukraine, I'm sure the Ukrainian ambassador will tell you that there were no NATO bases in Ukraine. I think that Putin believes in what he wants to believe - you can see a slight glint of despair. Russia will not win in Ukraine, it will only receive shame and, of course, defeat. Putin must come to terms with the fact that he lost in the long run, absolutely lost. Russia is not what it used to be,” Wallace said.

The Minister reaffirmed London's strong support for Kyiv in the war.

“The British government – ​​the entire United Kingdom – stand in solidarity with Ukraine, supporting their courageous defense of sovereignty, territorial integrity and the simple right to a peaceful and prosperous future,” he said.

Senior Advisor to the President of Ukraine Mikhail Podolyak commented on Putin's speech:

“NATO countries were not going to attack Russia. Ukraine did not plan to attack Crimea.” 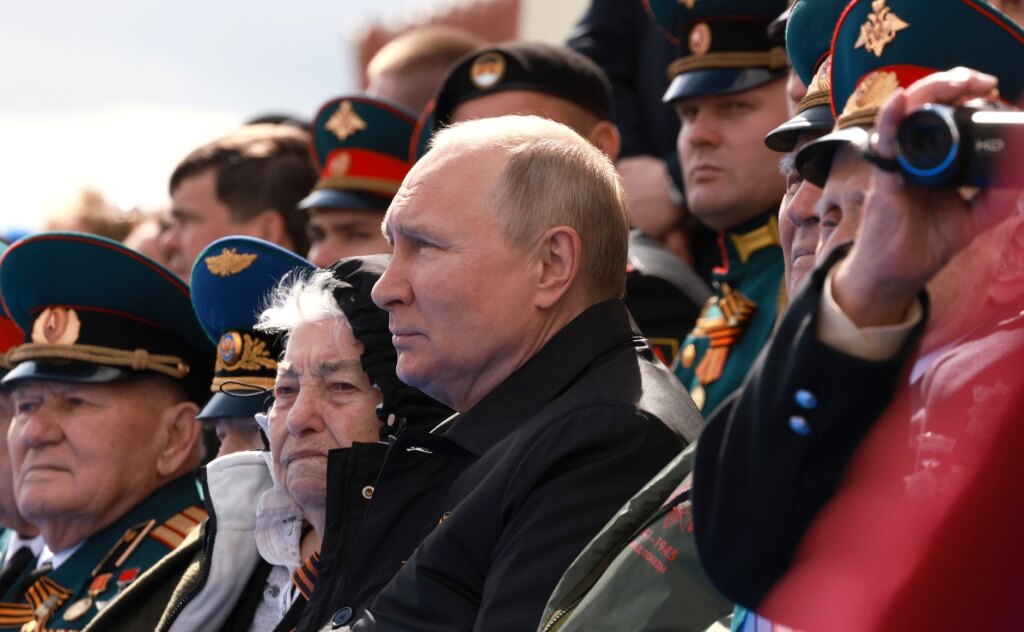 “An old man, distraught from his self-isolation, stands alone on the podium because no one came to be with him, coughs and says something about NATO Nazis. I don't think even the most loyal supporter of Putin would believe that this is an image of victory."
Companions of imprisoned political activist Andrei Pivovarov wrote on their account: “Putin laid flowers at the memorials to the hero cities of Kyiv and Odessa. No comments required."

Michael McFaul, former US ambassador to Russia, tweeted: “On VE Day, Putin is losing his war in Ukraine. It's time for Russian soldiers to go home."

The Russian invasion has drawn international condemnation and a series of wide-ranging economic sanctions against key sectors of the country, companies and individuals linked to the Kremlin.

However, Putin appears to be unrepentant, repeatedly promising to purge Ukraine of what he calls a “Nazi” nationalist leadership — a baseless claim, widely discredited, that is seen as Putin’s way of justifying the invasion to a domestic audience.

On May 8, G-7 leaders vowed to deepen Russia's economic isolation and condemned the invasion, saying that Putin's actions "dishonor Russia and the historic sacrifices of its people", referring to the Soviet Union's role in defeating Nazi Germany.

Zelensky, who is himself Jewish, posted a video message on May 8 that was filmed in front of dilapidated Ukrainian residential buildings following Russian shelling. In it, the Ukrainian president declared that the evil had returned, he insisted that his country would not lose the war. “Russia will lose because evil always loses,” he said.

Putin will show his 'doomsday plane' at the parade on May 9: many saw this as a hint of nuclear war

US intelligence helped Ukrainians sink Russian flagship Moskva: Kremlin says the ship did not participate in the battles, and the crew was missing