Home Educational program How the green card appeared in the USA, and what the authorities did to protect the document from counterfeiting

From May 8, participants in the DV-2022 green card lottery (applications were submitted in the fall of 2020) will be able to find out the results of the draw. We wrote in detail about how to do this. here... Now let's find out how this document came about. The green card (literally "green card"), which recently turned green again, had many names and colors. The history of this document is very colorful, writes CitizenPath. 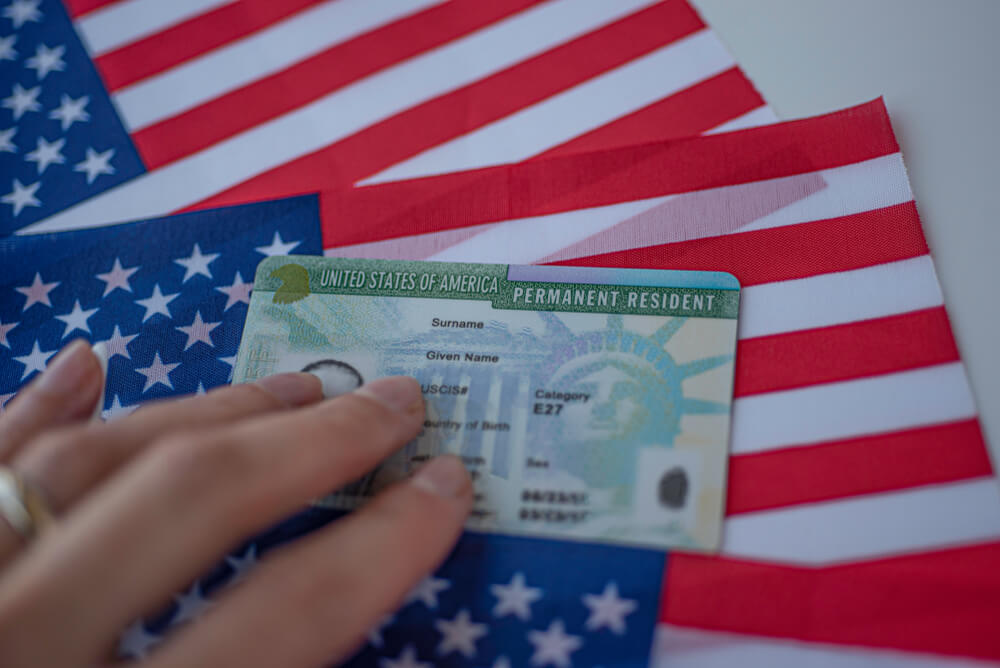 The United States Citizenship and Immigration Services (USCIS) officially calls the green card a permanent resident. However, over time, it has also become known as a resident alien card or a foreigner's registration receipt card. USCIS offices call it Form I-551.

Until 1940, foreign nationals were not even required to register in the United States. The Aliens Registration Act of 1940 required all foreigners (non-US citizens) in the United States to register with the federal government at post offices. Registration forms were sent to the Immigration and Naturalization Service (INS) for processing, and each registrant was sent a receipt (form AR-3) as proof of compliance with the law. The law does not distinguish between legal and illegal resident aliens. All foreigners had to register and everyone received AR-3 documents.

The first green card appeared shortly after World War II. Congress passed the Aliens Registration Act of 1940, which required foreigners 14 years of age or older to show up at the U.S. post office to fingerprint and register their presence in the United States. When immigrants began to cross US borders, registration of foreigners ceased to occur at post offices and became part of normal immigration procedures at points of entry and immigration offices. Immigrants who had no legal basis to stay in the United States had to leave the country or were expelled. Those with the legal right of permanent residence received documents confirming their status. INS began issuing different documents depending on the foreigner's admission status to replace receipts. For example, visitors received an I-94c, temporary foreign workers received an I-100a, and Lawful Permanent Residents (LPR) received an I-151. The pale green Form I-151 has become coveted proof that the holder has the right to live and work in the United States indefinitely.

The Internal Security Act of 1950 increased the value of Form I-151 Alien Registration Receipt. From April 17, 1951, foreigners with AR-3 cards could replace them with the new I-151 form. However, only those with legal status could replace their AR-3s. Moreover, foreigners who failed to prove their legal entry into the United States were subject to prosecution for violating US immigration laws.

On the subject: 5 reasons why a permanent resident of the United States may lose a green card

As a result, the Form I-151 card provided security for its holder. This document stated the right to live and work in the United States on a permanent basis, which was immediately reported to law enforcement officials. Due to the cumbersome official name of the card “Card-receipt of registration of a foreigner” immigrants, lawyers and INS employees began to call it by color - “green card”.

As the desire to immigrate to the United States grew, so did the value of the green card. By the 1950s, INS was faced with the problem of counterfeit green cards. To combat document fraud, INS issued 17 different card modifications between 1952 and 1977. Throughout the history of this document, counterfeit cards have been a major problem.

A much more counterfeit-resistant version of the green card was developed in 1977. A newer machine-verifiable green card was only produced in the Texas facility to improve consistency and quality. Previously, paper cards are now as durable as credit cards and driver's licenses. Fingerprint, signature and A-number have been added as additional means of identification.

The Immigration and Naturalization Service renamed it Form I-551 and adopted a new name - "Resident Alien Card." Cards issued between 1977 and August 1989 do not have document numbers or expiration dates and are valid indefinitely.

However, it was difficult for employers to verify their identity due to the different versions of the green card. Thus, INS released a new version of the map again in August 1989. These cards are peach in color, they contain expiration dates but do not have document numbers and have since expired.

To further combat document fraud, since March 20, 1996, Form I-151 green cards issued before 1979 have become obsolete. The I-551 form of a foreigner registration receipt card has become the only valid green card.

In the history of green cards, fraud has always been a problem. As quickly as INS began to fight fraud, the scammers “caught up” with all the innovations. In December 1997, a more secure card was developed and released. The revised card had a new name, Permanent Resident Card, but retained the Form I-551 number. A unique document number (known as the card number) has been added to the card.

In May 2004, minor changes were made to the card design: the Department of Homeland Security stamp and an intricate hologram on the front of the card. Many US permanent residents have this version and expired in 2020.

The card returned to its green color in May 2010, when USCIS released one of the most fraud-resistant versions to date. Since the last of these cards will not expire until 2027, permanent residents also have a lot of them. These cards use security technologies such as holographic imaging, laser-engraved fingerprints, high-resolution micro-imaging, and radio frequency identification (RFID).

According to USCIS, "state of the art technology embedded in the new card prevents tampering and facilitates fast and accurate authentication."

Improvements to this edition reflect the importance of maintaining a valid, not yet expired copy of the green card. Proof of identity at airports and with employers through the I-9 verification process makes the card a vital piece of identification for US permanent residents.

On the subject: Why can a green card holder be deported from the USA

In May 2017, USCIS began issuing an updated green card as part of a new generation of secure identification documents. Constantly striving to prevent fraud, in the current edition of the green card, the developers have used improved graphics and security features.

USCIS takes a proactive approach, often working with other agencies such as the US Customs and Border Protection and the US Immigration and Customs Service to improve document security and prevent counterfeiting. The result is the most secure and tamper-proof identification in the overall history of a green card.

Previous versions of this document are still valid for Formula I-9 proof of employment, as long as they have not expired.

US authorities officially banned immigration to the communists