Home In the U.S. How to make sure that you are transferred from economy to business class on a plane for free: expert advice

How to make sure that you are transferred from economy to business class on a plane for free: expert advice

Perhaps not everyone knows that you can upgrade the class of service for free on an airplane. But there are ways to do this on domestic and international flights, and at no extra charge, reports Travel Leisure. 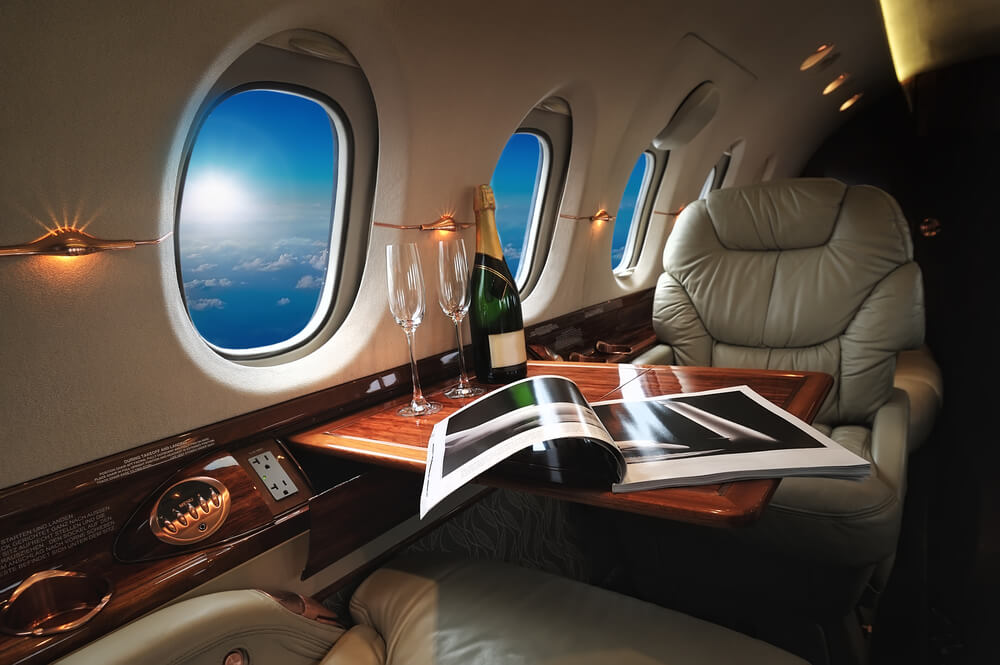 How to upgrade on a domestic flight

Most airlines sell their premium cabin seats on domestic flights as first class, and these are usually spacious seats on narrow-body (single-aisle) aircraft.

The best way to get a free upgrade to first class is to get a premium status with this airline. Complimentary upgrades are offered to frequent flyers on all major airlines, although not necessarily on all routes. United, for example, does not offer its elite members free upgrades on its "premium" transcontinental routes, which include Newark-Los Angeles, Newark-San Francisco, and Boston-San Francisco. These routes have business class seats instead of first class seats. On the other hand, Delta offers free upgrades on transcontinental routes with rollaway seats, including flights to Hawaii.

On the subject: 'Doomsday Plane': US President has a Boeing that can survive a nuclear blast

If you have Elite status with your airline, then all you need to do is request a free upgrade before your flight or at the time of check-in (exact methods vary by airline).

Updates are issued based on availability, and the list of passengers for these limited seats has a certain hierarchy. Top-tier passengers rank highest, while other factors, such as having a credit card with an airline logo, also come into play. Your complimentary upgrade can be canceled at any time from a few days before departure to the moment your boarding pass is scanned. In rare cases, you may even be transferred directly on the plane after you have taken your seat in the economy.

If you do not have status, you can still get a promotion, but you will have to pay for it. Many airlines offer upgrades based on first class seat availability, which can be paid for with cash or miles - choosing to pay with miles means you will technically get a free upgrade. Monitor your booking online or through the airline's app to identify possible paid upgrades, or check with the front desk if you are checking in in person.

How to upgrade your service class on an international flight

Airlines often refer to their premium cabin as business class or by special names such as Polaris (United), Delta One, Flagship Business (American), and Mint (JetBlue). Some airlines also have a much more luxurious class than business class, which, oddly enough, is also referred to as first class. I must say that in all these cases, the seats are almost completely laid out.

Unlike domestic flights, upgrades on international flights are very rare. Most Elite passengers are not eligible for a free upgrade to Business Class, with the exception of certain short-haul international flights to America by certain US-based airlines. For example, Delta is offering premium passengers free upgrades on select flights to Central America, South America, and the Caribbean—usually on first class aircraft rather than business class.

There is another exception: Premium passengers are often given system-wide upgrades for loyalty to the company, and these certificates can be used to upgrade to business class on international flights (subject to seat availability). They can sometimes be used on partner airlines such as Copa for United and Air France for Delta.

If you do not have a system-wide upgrade, then you are largely limited to paying with cash or redeeming miles, which, as with domestic flights, you can do before you travel or during check-in.

If you are willing to pay for an upgrade, then look for a good deal. There are several ways you can try. Some airlines, including Etihad and Hawaiian, allow passengers to bid on upgrades before flying, while others, such as KLM and Qatar, sometimes offer upgrades at a significant discount if you contact an agent at the airport.

Similarly, if your plane is overloaded, the airline asks for volunteers to take a later flight. Passengers who wish to do so may have a valid reason to receive an upgrade. “If you voluntarily agree to the next flight, then you will be able to negotiate to take a seat in first class. I did it for a flight from Phoenix to San Diego,” said Bobby Laurie, host of The Jet Set and former flight attendant. “I flew out two hours later, got an upgrade and a lounge pass to eat and pass the time.”

Can I get a free upgrade on my birthday or honeymoon?

No, unfortunately those days are long gone. Telling the front desk agent that it's your birthday or that you're going on a honeymoon won't get you a free upgrade.

Can I ask a flight attendant or boarding agent to upgrade my class of service?

This policy varies by airline. “At Virgin America, this was a big, serious violation,” Laurie said. “But in other airlines where I worked as a flight attendant, we were allowed to do this after the cabin door was closed.” Basically, there's nothing wrong with asking politely, but don't expect too much.

Does the way I dress increase my chances of getting a promotion?

No. Upgrades for passengers do not depend on the choice of wardrobe - it is primarily based on premium status. However, airlines have a specific dress code. For example, you are not allowed to wear offensive language. At the same time, there is no need to wear business attire in business class.

On a bank card per week: a modern person eats a huge amount of plastic, which ruins his health

Extended food stamps and Madicaid: Americans may lose some benefits in April