Home In the U.S. 'Doomsday Plane': US President has a Boeing that can survive a nuclear blast

'Doomsday Plane': US President has a Boeing that can survive a nuclear blast

The US Air Force Boeing 747 with the call sign GRIM99, the so-called “doomsday aircraft”, can accommodate up to 112 passengers and crew members and is a “flying Pentagon”, reports Simple Flying. 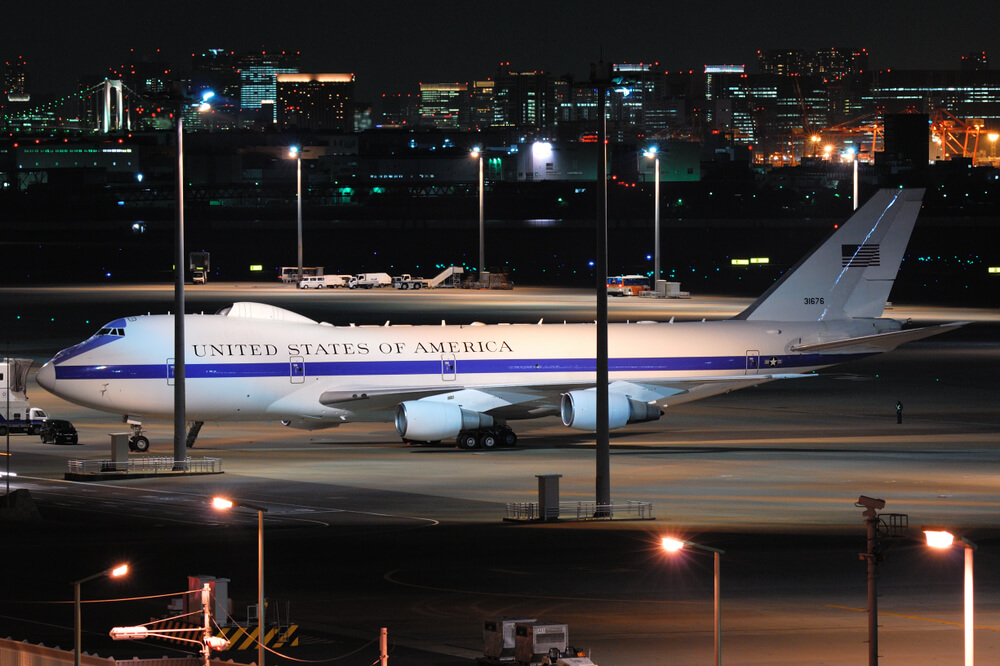 This week, a US Air Force Boeing 747 flew over the Atlantic Ocean and landed in a small town in the United Kingdom. The plane was upgraded to withstand a nuclear strike.

The Boeing E-4B serves as the National Air Traffic Control Center (NAOC) for the national command authorities. He provides direct support to the President of the United States, the Secretary of Defense and the Joint Chiefs of Staff. At least one unit is on duty around the clock.

On the subject: Mariupol is the new Stalingrad: a resident of the besieged city published a heartbreaking diary

In the event of an emergency in the country or in the event of the destruction of ground control centers, the aircraft acts as a reliable command, control and communication center for commanding the armed forces. In practice, he can carry out emergency military orders and coordinate the actions of officials.

The aircraft is a military modification 747-200. The main deck is divided into six functional areas:

The USAF describes the characteristics of the aircraft as follows:

“The E-4B is EMI shielded and has an electrical system designed to support advanced electronics and a wide range of communications equipment. An advanced satellite communications system provides global communications for senior management through the air operations center. Other improvements include nuclear and thermal protection, acoustic control, an improved technical control room and an upgraded air conditioning system to cool electrical components.”

All aircraft equipment is protected from an electromagnetic pulse (EMP) of a nuclear explosion. There is a filtration system from radioactive dust in the intake and air conditioning systems for ventilation of the cabin and compartments.

The price of the aircraft was $ 250 million and he was in second place among the most expensive aircraft.

The Boeing E-4 made its first flight in June 1973 and was introduced the following year. In total, four units of the model were built.

This aircraft is almost 48 years old and was delivered to the Air Force in October 1974 after being produced at Boeing's Everett plant.

The plane was sent to the UK to support President Joe Biden on his four-day trip to Europe to build unity against Russia. In carrying out such an important mission abroad, the aircraft provides valuable assistance, acting as a "flying Pentagon".

In the US, a 101-year-old man finally received a high school diploma

How a Costco Membership Helps You Save Gas: Concrete Calculations

After the death of her husband, an American decided to write to his mistress: their correspondence greatly amused social networks