Home Educational program On a bank card per week: a modern person eats a huge amount of plastic, which ruins his health

On a bank card per week: a modern person eats a huge amount of plastic, which ruins his health

Recent studies show that people consume about five grams of small plastic particles every week, which is about the weight of your credit card. New York Post. 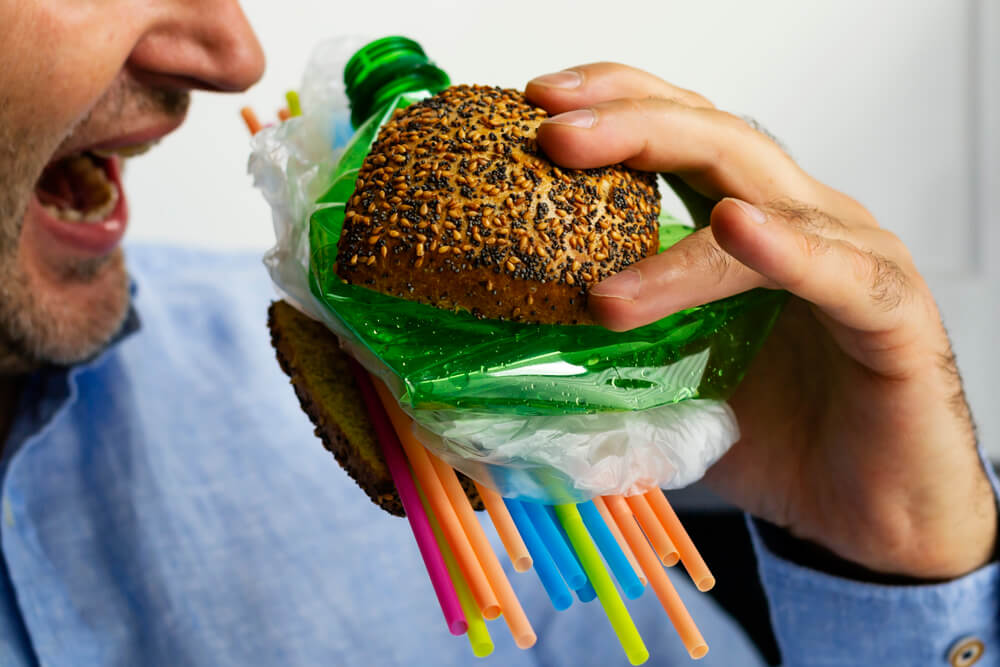 Basically, these tiny plastics are wreaking havoc in your gut. Changes in the gastrointestinal tract due to plastic have been linked to metabolic diseases such as obesity, diabetes, and chronic liver disease.

While researchers at the Medical University of Vienna are studying the effects of nano- and microplastics on the body, they have discovered how these tiny plastics make their way into our intestinal tissue.

On the subject: Microbes are trying to correct the mistakes of humanity: more and more microorganisms develop the ability to decompose plastic

Once in the gut, the plastic particles elicit an immune response and activate inflammation, with growing evidence that nanoplastics specifically “trigger chemical pathways involved in cancer formation.”

According to the study cited in the review, drinking the recommended amount of water - 1,5 to 2 liters per day - from plastic bottles alone will result in 90 plastic particles entering your body per year.

Drinking tap water doesn't solve the problem either: those who drank the same amount of tap water ingested about 40 plastic particles every year. According to the study, the health effects of plastic "may be irreversible" and it's a risk that future generations should prepare for. Nevertheless, the authors admit, plastic is “indispensable” in everyday life.

So while it would seem impossible to avoid ingestion of nano- and microplastics, Lucas Kenner, one of the co-authors of the study, explained that it is more harmful for people with chronic diseases.

“A healthy gut is more likely to prevent risk to the body,” he said.

“But local changes in the gastrointestinal tract, such as those present in chronic disease or even negative stress, can make it susceptible to harmful effects,” he explained.

They're Not There: Russian Oil Tankers Disable Trackers and Silently Violate Sanctions