In 2011, a graduate student from Kakhzakhstan, Alexandra Elbakyan, launched a website with a seemingly harmless goal: to make the majority of scientific research in the world accessible to all Internet users. 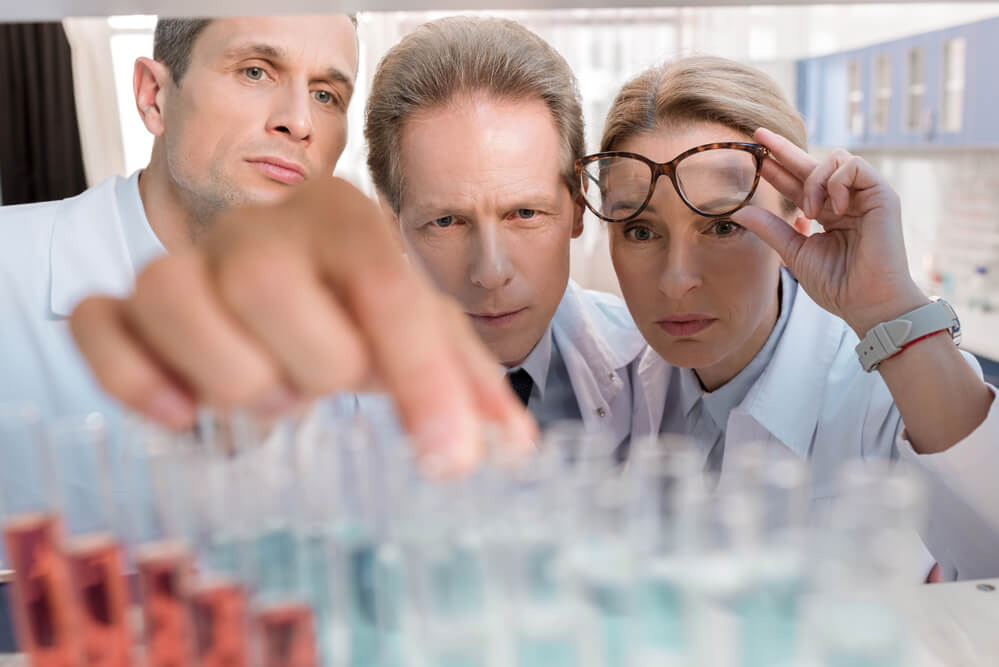 However, now a woman has to hide in Russia, because she faces imprisonment in an American prison, and can be extradited from her native Kazakhstan, writes Bloomberg.

Elbakyan was born in Kazakhstan in 1988 year. In 2005 — 2009 trained in Kazakh National Technical University named after Satpayev, in the specialty “Information Security"where she was engaged in the development neurocomputer interface. After graduating from the university in 2009, she moved to Moscow and worked for some time in Russian Academy of Sciences, then continued research in the laboratory Freiburg University (Germany), then - in Georgia Institute of Technology in the U.S..

In 2009, while working on her diploma, she was faced with the fact that many articles in scientific journals needed for work are in paid access that she could not pay for, so she had to download articles to bypass the system. Since 2011, Elbakyan became involved in scientific forums that helped participants download articles without payment. However, manual downloading of articles took a lot of time and effort. This prompted her to automate the process, using her programming experience, and create Sci-HubThe site was launched in 2011 year.

Elbakyan claims that the purpose of her project Sci-Hub is to remove barriers to the spread of scientific knowledge in society and reduce digital inequality. Presence itself Sci-HubAccording to her, scientific publishers should be encouraged to switch to the open access model. However, this portal is a violation of the copyright of the authors of articles and a group of companies that control the copyright to publish the majority of scientific research in the world.

A small group of companies controls most of the major journals in which scientific researchers present the findings of their research, and owns copyright about half of all scientific articles published in the world. This allows them to charge money from academic institutions and government laboratories for access to these items, earning a net profit of about 30% of the amount withdrawn. It also means that most advanced inventions and knowledge of the world are hidden behind a high fence and it is very difficult to access them. For the period of work Sci-Hub Elbakyan stole about 50 million scientific publications from these companies, writes The Washington Post.

The publishing company responded with a lawsuit. In 2017 year Elsevier won a trial on 15 of millions of dollars in damage caused to the company by violating its copyright. In addition, a court in Virginia awarded Elbakyan to pay 4,8 million dollars in damages to the American Chemical Society and ordered search engines and web hosting organizations, as well as service providers, to stop serving Sci-Hub.

But the girl does not consider herself guilty.

“There are many ways to prove that copyright infringement is not theft, but even if it is, it is justified in this case. All content created in the world must be available without restrictions. But in the case of education and research, copyright laws are particularly damaging, ”she said in a remote interview.

Now Elbakyan hides from the American judicial and penal systems in Russia. And American journalists compare the girl with Edward Snowdenbecause she avoids American law while living in Russiathen с By Aaron Schwartz.

But with the Russian scientific community, she also occasionally have conflicts. 5 September 2017, Alexandra stopped work Sci-Hub on the territory of Russia, calling it a strike. Among the reasons for this step, she named "extremely inadequate, offensive behavior of Russian scientists towards the creator of the service." Scientists have repeatedly entered into discussions with her about the ethics of what she does. But nThe last drop before closing the resource was a recently discovered parasitic insect named after Elbakyan. Junior researcher at the Laboratory of Insect Systematics at the Zoological Institute of the Russian Academy of Sciences, Andrei Halayim, together with his Mexican colleague, published an article in which he spoke about a new species of ichneumonid rider, writes Indicator.

“The view is named after Alexandra Elbakyan, the creator of the portal Sci-Hub, in recognition of her contribution to providing access to scientific knowledge for all researchers, ”the paper said.

The initiative of scientists Alexander offended. She called the comparison with the ihnevmonid rider an unfair one and noted that parasitic insects should rather be considered publishers.

On September 9, 2017, Elbakyan opened access to the site in Russia. According to her commentary, she received many letters of gratitude for her assistance in her work and with assurances that "the so-called 'scientific educators' or popularizers who attack her on the Internet are marginalized."

Most people agree that since the public finances research by paying taxes, it should also have free access to their results. Because if they first pay taxes, the money from which they go to research, and then they pay for access to a scientific article that results from this research, then, in fact, they have to pay twice. And this is not just a matter of justice: a smooth flow of new knowledge is crucial for the development of technological innovations, which in turn help stimulate economic growth.

There are 28 100 scientific journals publishing 2,5 million articles per year. According to the Association of Research Libraries, the costs of such journals and other subscriptions have increased from 1986, to 456%.

Naturally, scientists do not like this situation. For decades they have been trying to undermine the control of publishers over the results of their work through movement. Open Access. They manage to make progress in this issue rather slowly, but at the moment almost half of all new scientific publications are now published in open access journals, and the main financial institutions of the European Union and many European countries are beginning to demand this. In January, 2018, more than 200 German universities refused to renew their contract with Elsevier Negotiations on the payment of services of the company continue.

Despite breaking the law, Sci-Hub sheds light on the weaknesses of the system in which private companies sell research results to those who pay for them. A reasonable solution is to adopt legislation that guarantees free access to all interested persons to state-funded research.

This has already happened in many countries, and it could happen soon in the United States thanks to a bill known as the “Fair Access to Science and Technology Act”.

Scientists: vegetables and fruits lose the status of healthy food

Success story of higher education in the USA