Home In the U.S. 'It's a matter of life and death': Trump urged Americans to prepare for the worst phase of the pandemic

More people have become victims of coronavirus in the United States than in China: according to the latest data from Johns Hopkins University, almost 19 thousand Americans died from Covid-3,9, and the total number of cases exceeded 188 thousand. The largest number of deaths is still in Italy (more than 12 thousand) and Spain (about 8,4 thousand), but experts predict that up to 240 thousand people can die in the USA as a result of an epidemic, writes Air force. 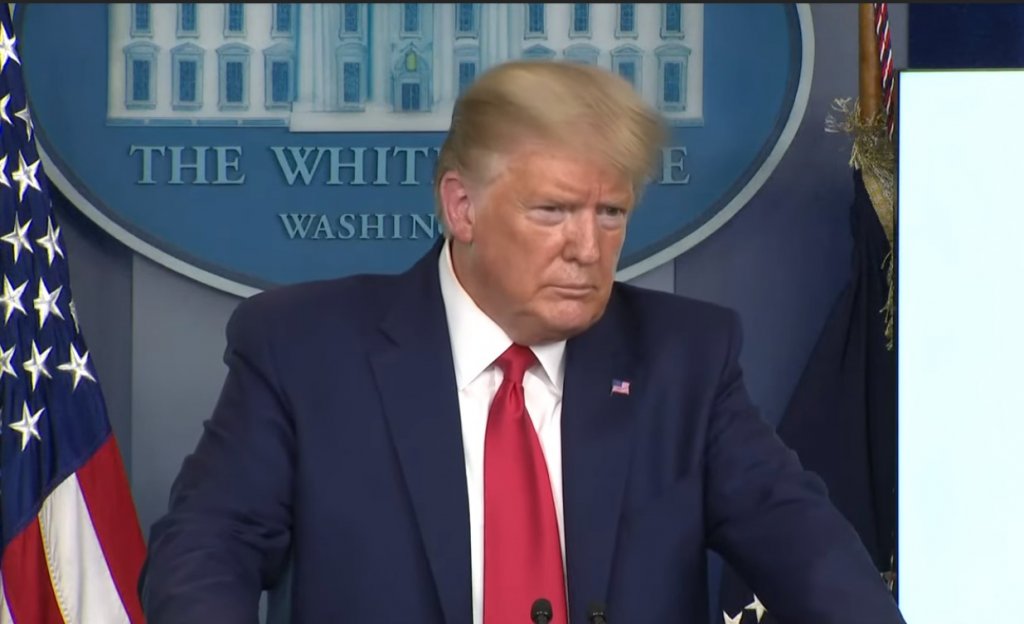 On March 30, US President Donald Trump held a press conference in the evening, while journalists drew attention to the extremely gloomy expression on his face.

According to estimates by the White House working group on the fight against coronavirus, the peak of deaths will occur in the next two to three weeks.

“The next two weeks will be very, very painful,” the president said.

Deborah Birks, U.S. Presidential Coronavirus Administration Coordinator, said the total death toll as a result of the spread of the coronavirus could range from 100 to 240 thousand, even if Americans continue to keep their distance from each other.

But Trump said that if the state had not made any efforts to combat the disease, 2,2 million Americans could become victims.

According to "Voice of America", Trump called on all residents of the country to follow the rules of social distance until the end of April.

“I want all Americans to be ready for the upcoming difficult days,” Trump said. “And then, I hope, as experts predict, we will see real light at the end of the tunnel.”

“It’s very important for Americans to follow [federal] guidelines for social distance for the next 30 days. This is a matter of life and death, ”the head of state emphasized.

Dr. Anthony Fauci, director of the National Institute of Allergy and Infectious Diseases, a member of the White House working group, said U.S. residents should be prepared for the possibility that up to 100 Americans could potentially become coronavirus victims.

“No matter how shocking this figure may be, we must be prepared for it. Will there be so many [deaths]? I hope not, and I think that the more we insist on mitigating [epidemiological measures], the higher the likelihood of reaching that number. However, let's be realistic, we need to be prepared for the fact that we will see this, ”said Fauchi.

He specified that such a mortality rate is unacceptable, and that the administration will "do everything possible to reduce" future mortality.

On the subject: Foreigners, students, wealthy families: who will not receive federal assistance in connection with the coronavirus

New York State Governor Andrew Cuomo said the peak of the fight against coronavirus will come in 7-21 days. At a daily press briefing, most of which was broadcast live by the three largest cable news channels, Cuomo reiterated his disappointment at securing supplies of vital materials for intensive care units. He announced that New York placed an order in China for 17 ventilators worth $ 25 each.

In recent days, the president has not been particularly optimistic about the total number of victims that can be caused by a coronavirus in the United States. Previously, he dismissed the disease, saying that it was no worse than the annual waves of flu.

“Treatment should not be worse than the disease,” he said, allowing for the now relaxation of extended restrictions to reduce economic damage.

If earlier the president was ready to listen to some representatives of his economic team, who advocated easing restrictions on social distance, now, following the representatives of the health authorities and members of his campaign headquarters, he comes out with grim warnings.

This week, he began talking about the worst-case scenario in which more than two million Americans die from the virus if people return to work and school too soon.

On March 31, Trump also proposed the adoption of a law on the fourth phase of assistance in the amount of $ 2,2 trillion (the third phase had the same value), but this time the bill will focus solely on jobs and the reconstruction of the country's infrastructure.

“We have a strong dollar. People want to invest in the United States, ”Trump said, adding that“ now will be a good time to borrow money at a zero interest rate ”to finance the repair of roads, tunnels and bridges. 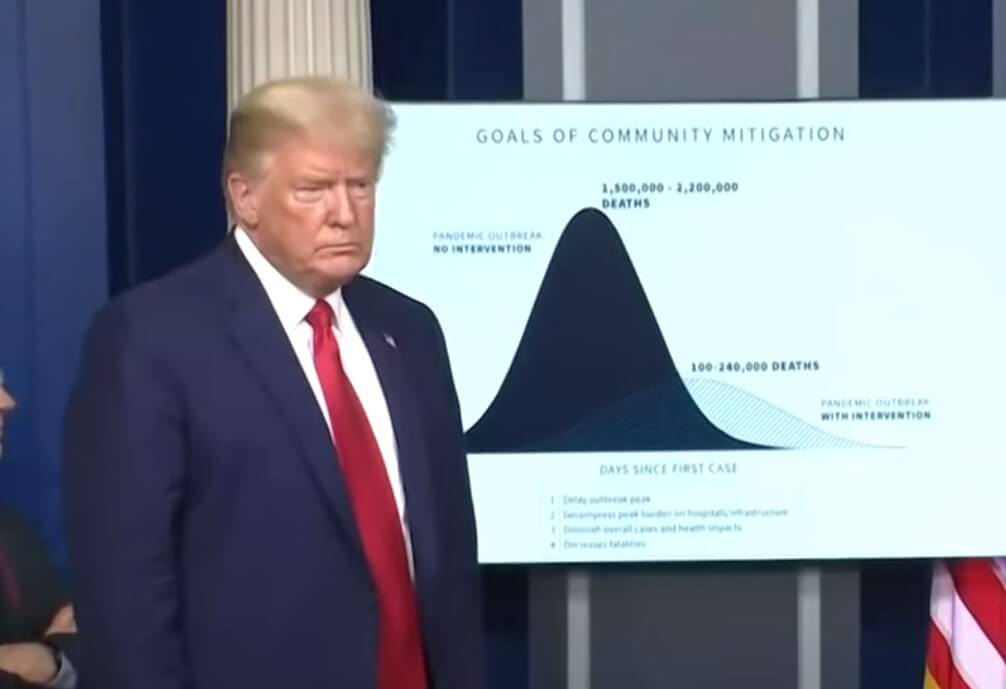 Meanwhile, the captain of the aircraft carrier "Theodore Roosevelt" of the US Navy asked for urgent help, since many of the sailors on it became ill with a coronavirus.

“We are not at war. Sailors must not die, ”wrote Captain Brett Crozier in a letter to the Pentagon, which was sent on March 30.

According to him, the entire team must be quarantined, since it is impossible to isolate people who have been diagnosed with the disease on an aircraft carrier.

More than 4 thousand sailors remain on the aircraft carrier Theodore Roosevelt; now it is on the island of Guam in the Pacific Ocean, where the American military base is located.

On the subject: Coronavirus in the USA: how each state is fighting the COVID-19 pandemic

“The biggest test after the Second World War”

In total, almost 860 thousand cases of the disease were recorded in the world, more than 42 thousand people died, more than 178 thousand recovered. Most cases are in the United States, Italy (105,7 thousand) in second place, and Spain (95,9 thousand) in third place. In China, where the outbreak of Covid-19 began, the epidemic is on the decline - 82,2 thousand diagnoses were recorded there.

UN Secretary General Antonio Guterres said on Monday that the coronavirus pandemic is the most serious challenge facing humanity since World War II.

“A new coronavirus disease is a blow to the foundations of society, it takes away people's lives and livelihoods,” said Guterres. “Covid-19 is the biggest challenge we have had to face since the inception of the UN.” 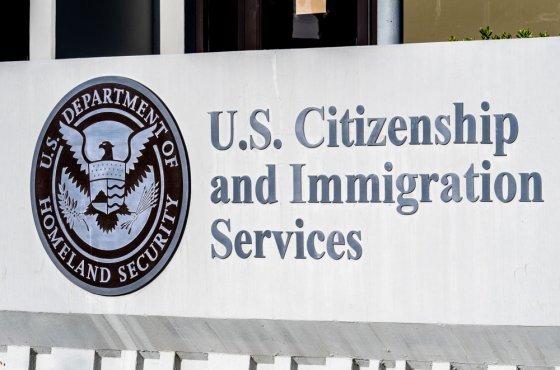 In Florida, a three-meter alligator attacked a 14-year-old

How not to look for work in the USA: advice from a Russian-speaking immigrant
Many people face employment problems. Let me show you an example of what a very canonical recruitment process looks like in the USA. Once upon a time there were two sisters - Pelageya and Glasha. Both dreamed of working in ...

Media: due to protests in the US, Prince William urges Harry to return to London

Haggard and painfully thin: fans are concerned about the changes in Boyarsky's appearance