Home At home 'Dr. Evil' and Hollywood: the story of Putin's relationship with world stars

'Dr. Evil' and Hollywood: the story of Putin's relationship with world stars

From Leonardo DiCaprio to Steven Seagal, the most famous personalities were once happy to hang out with the Russian dictator. And how are things now, reports TheGuardian. 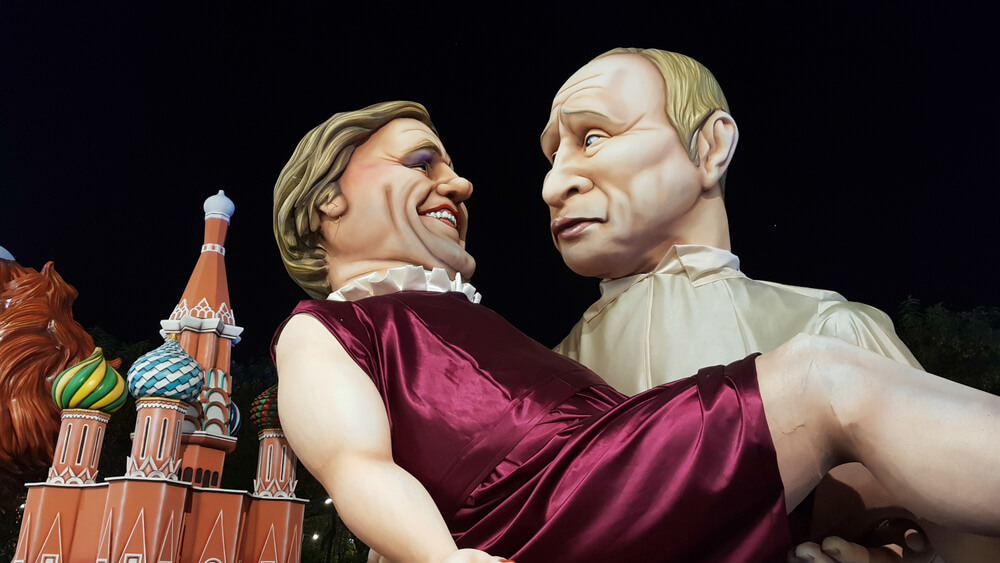 Vladimir Putin hummed Blueberry Hill at a charity event for children in St. Petersburg in 2010, when a crowd of celebrities, including Sharon Stone, Kevin Costner, Kurt Russell, Goldie Hawn, Gerard Depardieu, Vincent Cassel and Monica Belucci dutifully applauded him. At that moment, no one had any idea about the Georgian invasion or the poisoning of Alexander Litvinenko. Knowing what we know now, the spectacle is more like a performance by Doctor Evil" Just the Two of Us', but much less funny.

In 2022, after Putin's ruthless attack on Ukraine, the guests present that day must feel very naive, perhaps even ashamed, but they are not the only Western celebrities who have flirted with Putin.

In defense of this group, it is worth saying that they were invited by Samuel Harutyunyan, a New Yorker who specialized in attracting Hollywood talent to Russia. And he later said he didn't know Putin would show up at the event.

Now, with all the stars from Angelina Jolie to Sean Penn to Mark Ruffalo voicing their support for a besieged Ukraine, Hollywood must be feeling uneasy. In the mid-2000s, Putin simply took a bite out of a few former Soviet provinces, events that didn't bother most Entertainment Weekly readers.

On the subject: The United States completely abandons Russian oil and gas

Russia was an important emerging film market and actively participated in the celebrity circuit. So Jean-Claude Van Damme in 2007 could gleefully highlight the president's manliness at an MMA tournament in St. Petersburg, while Leonardo DiCaprio purred with his fellow cat lover during the 2010 Big Cat Conservation Summit.

It is worth saying that Leonardo DiCaprio donated so far the largest (among the voiced) amount for the needs of the Armed Forces of Ukraine - $ 10 million. Note that the Oscar-winning actor has Ukrainian roots, his grandmother lived in Odessa, and Leo's mother was born in Berlin in a bomb shelter during an air raid.

Putin's hegemony was well established by 2010, and Putin already had a domestic entertainment machine hard at work in his favor. Channel One, a descendant of the Soviet state television channel RTO, produced Night Watch and Day Watch, two ambitious global blockbusters that polished the chaotic post-communist Russia that Putin suppressed in the early 21st century.

“Dark means freedom, and light means responsibility, and in real life, Putin is certainly light,” director Timur Bekmambetov said at the time. He is trying to fix everything, to put everything in order. But that's very bad for freedom."

Perhaps the succession of jingoistic war films that the Russian film industry has also begun to churn out, including 9's 2005th Company, 2008's Admiral, and 2013's Stalingrad, were aimed at maintaining the image of the ruling order.

But Putin, sharply criticized for his acts of aggression in Chechnya and Georgia and the suspicions that arose around the authorities after the murder of Litvinenko and Anna Politkovskaya, was in dire need of international legitimacy. Photo shoots with big stars and the implied entry into the VIP area of ​​global mass entertainment helped to normalize his faltering state in the eyes of the world.

Or so he assumed.

By 2014, when Putin annexed Crimea and by this time it became obvious that he was not going to give up leadership in the near future, Hollywood began to hesitate. Speaking to Time magazine, Blueberry Hill mastermind Harutyunyan said of top stars, “They're much more concerned about not ruining their careers. In the current political climate, they do not know what will happen to them when they return home. They are very nervous."

With his appearance, Machiavellian geopolitical schemes, and habit of subjecting his critics to bizarre deaths, Putin increasingly resembled a cartoonish master villain like Blofeld. His foreign military intelligence even called the GRU, after the name of the villain from Despicable Me.

But there remained a circle of movie refuseniks unfazed by his growing pariah status: not only Depardieu, but Mickey Rourke, Steven Seagal and director Oliver Stone on this list. These people actively supported him.

Three of them ended up in the camp of useful idiots. Depardieu received Russian citizenship and a new flat tax rate of 13% in 2013 after criticizing the French government for its tax plans. On friendly terms with Putin, he called Russia a country with a "great democracy" in an open letter. At the 2014 Latvian Film Festival, Depardieu was elated enough to declare Ukraine "part of Russia." Think of tanks crossing the border in 2022 and mocking the sound of tarte à l'humble: “I am against this fratricidal war,” he said. - I say: "Stop the weapons and negotiate."

Rourke, meanwhile, was unfazed by Putin's invasion of Crimea, calling him "a real gentleman" when he bought a T-shirt with the leader's picture from a Moscow department store in 2014.

“I met him a couple of times, and he was a very cool regular guy, looked me straight in the eye,” he said. It's easy to assume this was some kind of Edgelord's publicity stunt from the former Hellraiser, but he cited his Russian girlfriend as the real reason: "It's all about the family. I don't care about politics. It's none of my business".

Seagal received Russian citizenship in 2016. He called Putin's annexation of Crimea "quite reasonable" and called the president "one of the greatest living world leaders." Now that his old buddy is smashing the rest of Ukraine, his support is only down one notch: “I look at Russia and Ukraine as one family and really think it’s an outside organization that spends huge amounts of money on propaganda to provoke the two countries.” be in conflict with each other.

Stone's case is more complicated. He had already made documentaries on Fidel Castro and Hugo Chavez, so with his past penchant for revolutionary figures, Putin was the logical next choice. The director's 2017 four-hour series Interview with Putin certainly pampers the leader, but it also shows him with all his mild cynicism. Stone also chooses moments to challenge Putin: about Chechnya, about Russian "democracy," about election meddling.

It's not hard to see what Stone took away from a realpolitik discussion with his country's adversary. The bigger question is how much Putin has benefited from this cooperation. Could this series, constantly insisting on the equivalence of US and Russian expansionism, be part of his wider disinformation strategy? Throw a taunting bone at liberal anti-imperialist sympathizers to distract them from his real effort during this period: the radicalization of the nativist right wing of the US and Europe.

At the very least, Stone's flirtation with Putin gave us the opportunity to sit and watch the man's surface — even if we didn't quite understand what was behind him. Maybe that's what the Moscow celebrity train has been helping to hide all along - for Putin, life has always been a colder, harsher reality.

Refugees, deserters and politicians: anti-war rallies in support of Ukraine continue in America