The symbol of San Francisco, the Golden Gate Bridge, is more than an ordinary bridge serving as a transport link. 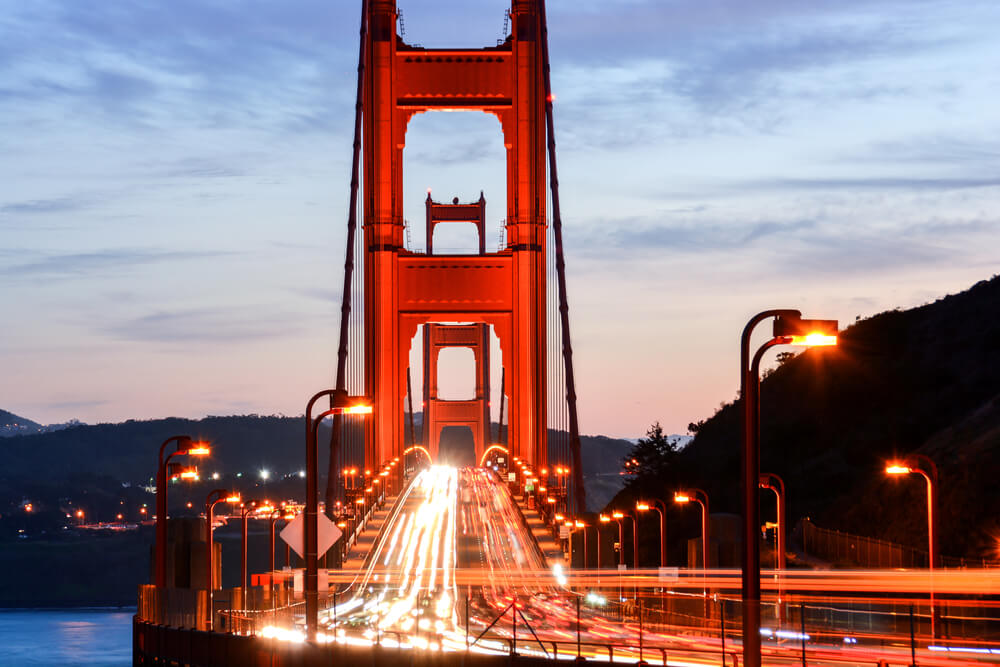 Since its opening after four years of construction in 1937, a bridge worth 27 million dollars has appeared in dozens of films и other works of art writes CNN.

Yet it is also a working bridge, which is monitored daily by around 200 employees to ensure comfortable and safe passage of more than 100 000 vehicles per day, as well as thousands of pedestrians, cyclists and public transport passengers.

10 secrets of the Golden Gate Bridge:

1. Why is it called the Golden Gate Bridge? It's not made of gold

It is a three-mile long strait (4,8 km) and one mile wide (1,6 km), which connects the Pacific Ocean with San Francisco Bay.

2. What color is the bridge? He looks red

It is not red, although it seems to many that the bridge has such a color. After the construction of this bridge, the US Navy, which then followed the waterways, wanted to paint it black and yellow for maximum visibility.

When the bridge was installed in 1930, the steel used to build it was reddish from lead, and the team of architects who designed the bridge liked the way the color looked in the background.

They mixed paint and painted the bridge in color, called International Orange, it is very similar to the color of red lead.

3. Can I paint my house the same color?

It is difficult to predict how your family members and neighbors will react to the colors of International Orange, but you can really paint it in that color. Copy the paint formula shown on bridge website - it's free - and take it to your local paint store.

4. Is the bridge completely repainted every year?

No, this is not necessary. The top coat of paint has indeed been completely replaced over time with a new and environmentally improved paint. However, not all parts of the old paint have been removed to bare metal for a complete repainting. 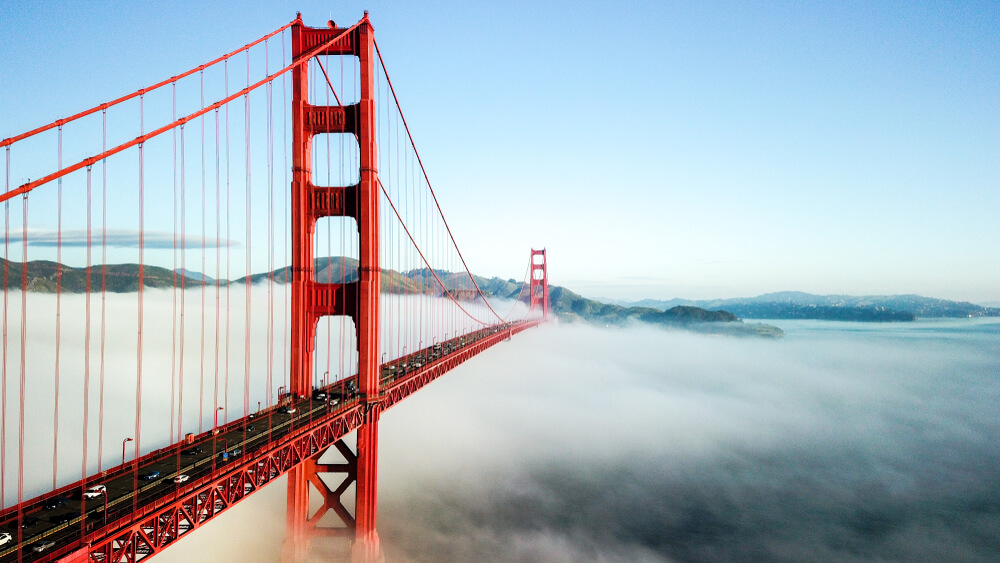 5. How do you decide what to repaint?

Every two years, bridge engineers inspect every inch of the structure and create a work plan for where painting and other repairs are needed to keep the bridge in good working order.

After that, painters start to work, as well as specialists who create protective temporary buildings for them. To begin with, all the old paint is removed, and only then the new one is applied. Then they apply 4 coats of paint and two top coats. This can take months, depending on the size of the treatment area.

6. How long does the paint last after dyeing?

On average, engineers rely on the 25-30 years of paint stability without the need for repainting.

However, it depends on which part of the bridge is painted and what effect it is exposed to. Some parts of the bridge are still painted with paint created by the architects after its construction.

7. What sounds do I hear on foggy days?

It is the unique tone of the bridge, created by four misty pipes that emit 165 decibels of sound. It has a range of audibility up to six miles (about 10 km) and is activated when the bridge may be difficult for ships to see due to heavy fog.

Of course, this is reinsurance, since the ships have GPS systems and specially trained helmsmen, but no one wants to risk it.

These sounds are started manually, attempts to use automated systems have failed due to the fact that salt water has damaged equipment.

8. Who is responsible for rescue operations on the bridge?

Darren McVeigh and his team are responsible for this. They have been performing this task for the past 20 years and have already lost count of the number of people they saved.

If a person refuses to listen to the police, then McVeigh's team goes to the fence of the bridge to rescue him.

In 2018, construction of a suicide containment system began on the bridge. It is designed to catch a person who jumped from a bridge, but, according to experts, its very existence becomes a deterrent for those who want to commit suicide. Construction is expected to be completed during 2021.

9. Did the bridge really have a poem dedicated?

Actually, two. Both poems were written by engineer Joseph Strauss, who made preliminary sketches for the Golden Gate Bridge in 1921 and served as chief engineer during construction. Upon completion of the bridge, he wrote poems: "The Mighty Task is Done" and "The Golden Gate Bridge."

10. Tips for visiting the bridge

The bridge can be reached by car or by bike. It is very pleasant to ride the ferry, which is also controlled by the administration of the bridge, but avoid rush hour.

Fans of national parks can visit Crissy Field to play in the grassy area overlooking the bridge. This place is part of Golden Gate National Recreation Area - one of the most popular places in the USA.

Also near the bridge there is a restaurant. The commissaryin which you can taste the cocktail colors of International Orange.

Want to spend the night overlooking the bridge? Book a room at Lodge at the presidio or Inn at the Presidio. Be sure to ask for a room with a view.

20 most beautiful places in California