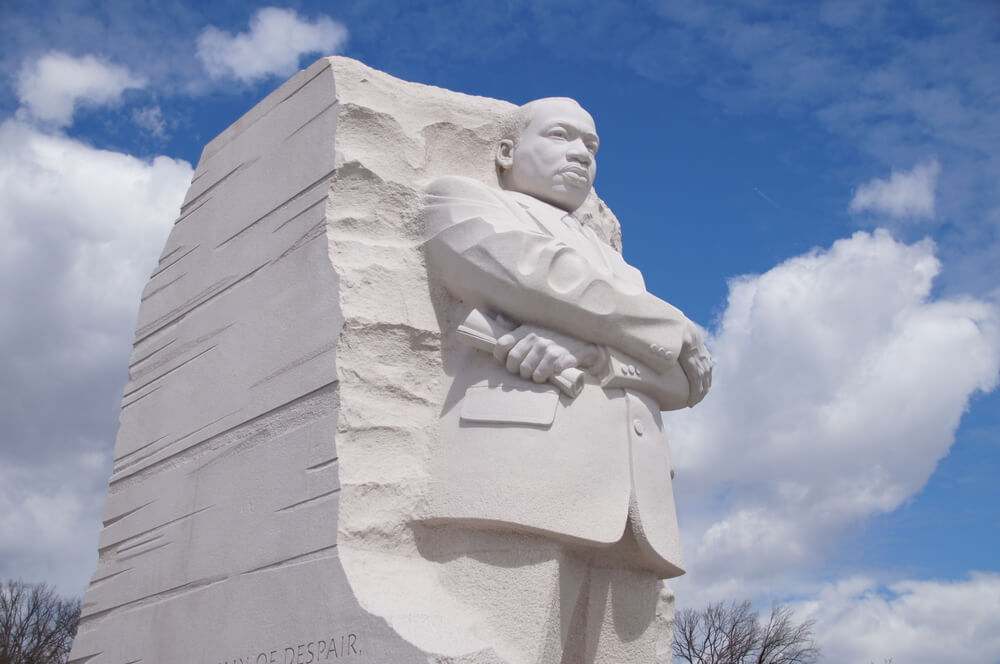 He did not live up to this date; in 1968, King was wounded by a sniper and died of wounds in a hospital. Every year, on the third Monday of January, Martin Luther King Day is celebrated in the United States for his significant contribution to the freedom and science of the United States and the world.

This day is a US federal holiday, a day off at all schools, banks, offices and post offices. America's TV channels are broadcasting clips of Martin Xing's 60 speeches. In the churches on the preceding Sunday, sermons are read. Traditionally, memorial services and ceremonies are held on Monday to remind you of the life of Martin Luther King, dedicated to the struggle for peace.

It all started on January 16, 1986, when the bust of King was installed in the Great Rotunda of the Capitol in Washington. The black American was awarded such an honor for the first time. And on January 20 of that year, the Americans first celebrated Martin Luther King Day.

For this day, ForumDaily has compiled interesting facts from the life of Martin Luther King and the most striking quotes from the great freedom fighter.

Record holder in the number of awards

King was awarded a minimum of 50 honorary degrees from various colleges and universities.

When writing large sections of his doctoral dissertation, King plagiarized. According to a special commission from Boston University, 45% of the first part and 21% of the second part were taken from works by other authors. However, given his merits in the struggle for civil rights. scientific degree he was not deprived.

In 1964, King became the youngest Nobel Peace Prize laureate. He was awarded for leadership in nonviolent resistance to racial bias in the United States.

An asteroid named 2305 King is named after Martin Luther King.

Despite the fact that almost 50 years have passed since the death of the preacher, his statements remain relevant to this day.

We offer you 10 top King's most vivid quotes:

3. Even if I learn to hope at least one person, I did not live in vain.

4. He who accepts evil without resistance becomes his accomplice.

5. The Achilles heel of violence is that it is a spiral leading into the abyss, giving birth to exactly what it is trying to destroy. Instead of reducing evil, it multiplies it. You can kill a liar by force, but you cannot kill a lie and help the truth. You will kill the hater, but do not destroy the hate. On the contrary, violence increases hatred. And so in a circle. If violence responds to violence, then violence only multiplies, thickening the darkness of the night, in which there are already no stars. Darkness will not drive away darkness - only light can do it. Hatred does not drive away hatred - it is only under the power of love.

6. At the end, we will remember not the insults of our enemies, but the silence of our friends.

7. Non-violence is a powerful and sure weapon. This is a unique weapon in history that wins without injuring. This is a healing sword.

8. Love is the only power that can turn any enemy into a friend.

9. If a person has not discovered something for which he is ready to die, he is not able to live fully.

10. If they told me that tomorrow would be the end of the world, then today I would plant a tree.

In New York, illegal immigrants can get a driver's license

US passengers sue Aeroflot for $ 3,6 million

Because of the shatdaun, Trump had to order food from fast food for reception at the White House. A PHOTO. VIDEO

How Boney M was the first group that was allowed into the USSR: Liz Mitchell gave an exclusive interview to ForumDaily

A year of life in the USA after winning a green card: working on bugs

How much tax you need to pay in 2019: a tax specialist answers readers' questions ForumDaily